Ofnus – “We’re confident having already rehearsed the material that it will translate well into a live environment too, so we are very much looking forward to proving that in January.” 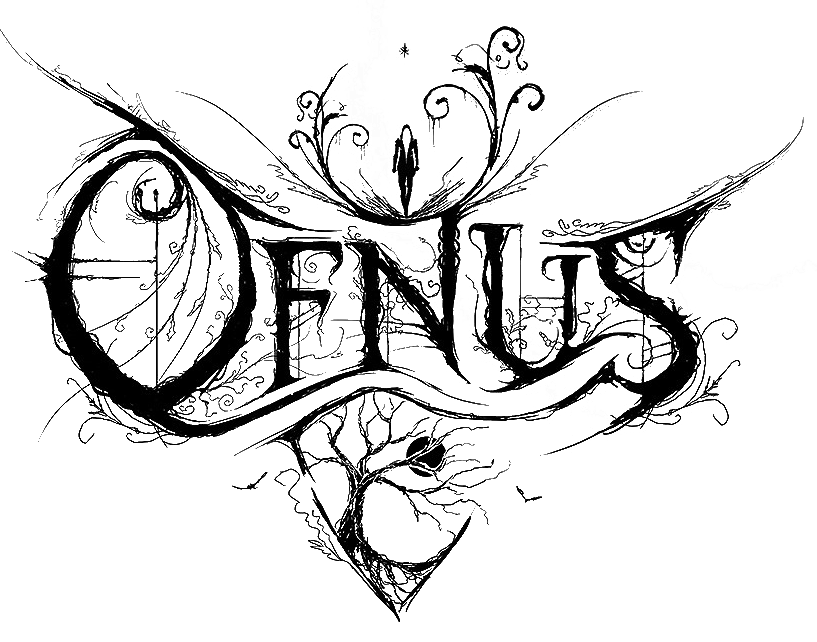 It’s always exciting to discover new music, but in the case of Welsh Atmospheric Black Metal band Ofnus, they are still in the process of creating said music. However, with a much anticipated live debut in York this coming January, it felt like a good time to get the lads thoughts on studio life, life in Wales, recording in heatwaves and much more. Read on… (Marksson)

Greetings from Empyrion. Thanks for answering a few questions. How is life currently in South Wales?
A: Thanks for having us Empyrion, we are grateful to you for approaching us. South Wales is glorious, and we are happy that the heat has buggered off, we prefer things damp, the recent storms have provided a wonderful backdrop for our recording process.

E: Following on from A we’re all very happy the heat has gone away and we’re experiencing the usual Welsh weather we love here.. cold, windy and wet! Life in South Wales is great and we’re fortunate to live in such a beautiful part of the world. Wales has very rugged and bleak coastlines, rolling green hills, mountains, forests and waterfalls, all of which are right on our doorstep and we think all of this natural beauty filters into our music.

I’ve seen a lot of social media activity showing you guys in the studio. How is your first release coming along?
E: The recording is well underway, I visited Woodcroft Audio studio in July and recorded the drums for the album with Timothy Vincent (during the hottest days of the heatwave might I add!) over the course of 2 days. Recording the drums for Ofnus was an amazing experience and it was one that really pushed and challenged me to do better and to say “I’m well chuffed” is an understatement as this was the most intense and diverse drumming I’ve committed to record so far and I can’t wait for people to hear us!

A: We’re making good progress without rushing. E has long since finished tracking the drums which he managed in a mere two day studio stint, and our vocalist W is handling the mixing so being able to manage a good amount in-house is an advantage we’re fortunate to have both financially and also in managing our own expectations with time. Once we’ve got the record mastered we will be approaching select labels for support in releasing – we are tentatively thinking that will be early next year but that will likely be subject to any scheduling offered by a label.

Your social media describes you as Atmospheric/Melodic Black Metal. Now that you are in the studio, how is your sound developing? Are you staying true to your original plan or are there going to be a few surprises when your release comes out?
A: I think we were prepared and thorough enough with our original demo ideas whereby studio time has largely become a case of just re-recording what was already there without the need for too many wholesale changes. We have definitely added or removed things as we have gone about the final recording process though as whilst the bulk of the original material was written by myself, certain parts have changed when ideas have been input and performed by the other lads – and it’s for the better with them bringing their own twists, influences and ideas to the table. The inclusion of W’s lyrical input in particular has really enhanced the experience from our shared view. Ultimately though, the vision is still the same but the final product is going to have more of a collective creative input than what my initial song writing provided and I for one can only welcome that.

As nothing is out there at the moment, I guess the entire record will be a surprise, but in light of that perhaps some sounds like or for fans of references would help, so think along the lines of Can Bardd, Ellende, Saor, Grima, Ultar etc. It will forever straddle that fine line of uplifting and wholly miserable, but it’ll definitely feel epic. 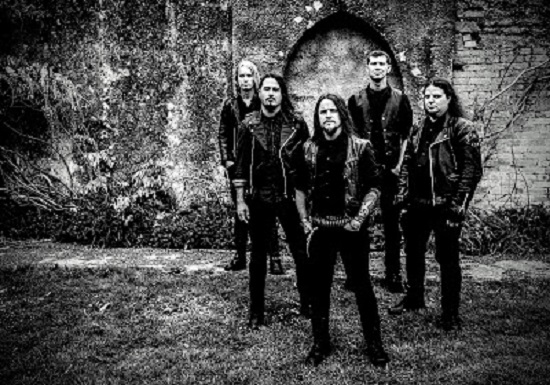 How did you manage to wangle your way onto such a stacked card for the Jorvik: Bridge of Destiny show, without a release? Is it who you know, not what you release? Haha
A: In this industry there will always be an element of “who you know” when it comes to opening the right doors, and we are somewhat fortunate to be reasonably well connected from inception – however in this case certain promoters have had opportunity to sample some of our demo tracks and we’d like to believe that the potential has been recognised rather than this being a case of piggybacking on our contacts. That said, we are definitely lucky to have been invited to perform as part of such a prestigious line-up so early on in our existence as a band and have had other show offers we are actively considering, but the record takes priority so we are being selective. We’re confident having already rehearsed the material that it will translate well into a live environment too, so we are very much looking forward to proving that in January.

What details can you give about the debut release? What length will it be, format? Also what kind of lyrical concepts? Does it have a name yet?
A: We’ve gone straight in at the deep end and gone for a 50+ minute full length, and true to the genre’s form that’s over a mere 7 full tracks. As regards to format that’s probably not a question we can definitively answer beyond CD, however we’d love to go down the vinyl route – given the current state of affairs with vinyl though that might be 2025 before you see it! With regards to title, nothing that we are nailed down on announcing just yet but that date might not be far in the future.

W: Lyrically we have gone for a style befitting of the music – sorrow. A large part of the lyrics are written with depression in mind, but also of the struggles and trappings of life, of grief and bleakness, trepidation and anxiety, and the journey we each face to live. I have born in mind the meaning of “Ofnus” and the colour grey when creating lyrics and themes for the material.

Do you have any label interest lined up or are you starting by self-releasing?
A: We will definitely be approaching labels once the release is mastered. As much as entertaining the idea of a self-release is enticing to some degree, there’s an element of prestige and of course PR that we would love to tap into with a label that would be out of reach if we went solo. That’s a very watch-this-space situation though! 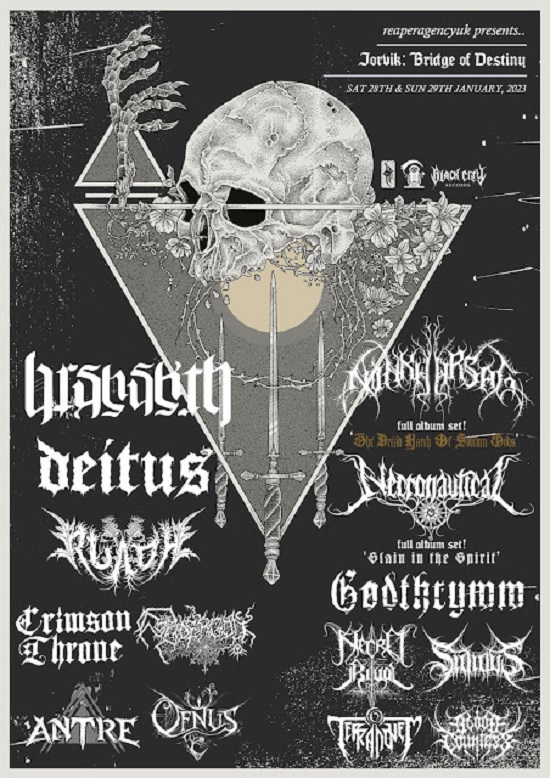 What kind of influences filter into Ofnus, both musical and none-musical?
A: I can only speak on behalf of the instrumentation as we let W have carte blanche with the lyrical content, but I’ve always approached the song-writing with a story telling element and an aim of evoking the gamut of emotion. Whilst it’s fair to say that other bands from the genre have had an influence on the writing and due nods should be given to bands like Winterfylleth, SAOR, Blindead, Can Bardd, Grima etc…, there’s probably an influence from classic film score and as it happens certain video games like Little Nightmares (before this is widely panned, listen to the soundtrack). The latter two non-musical influences in particular assist with building that story-telling element and song progression rather than opting for a stricter or more formulaic approach. It has definitely helped us sculpt a particular sound that we could label “Ofnus” and call our own which what we’ve wanted rather than exclusively paying homage to other artists.

W: As A mentioned, there is definitely a large element of Grima in the harsh vocals, but I’ve also taken some inspiration from Borknagar and also some less conventional out-of-genre sources. I’ve found myself making vocal layers, and pushing to limits I have not really explored before musically including clean baritone sections which are something I’ve not ever played with, and I’m excited to have these new ideas realised on record.

Also, how did you come to choose the name Ofnus?
A: It was a name chosen based on the sound we were creating at the time of inception really. Ofnus is Welsh for “fearful” or “frightened”, but also has the underappreciated benefit of being somewhat easy to pronounce, spell, and memorise compared to other Welsh words. We went through a number of ideas but ultimately kept coming back to this. We have also been reliably informed that in some Scandinavian dialects this translates to “Wood burning stove”, so our working titles for our tracks were all named after brands of oven… which makes things entertaining when you’re asking the bassist whether they’ve recorded their parts for “Smeg” yet…

Can you tell me if you follow your local extreme metal scene? Are there any bands or labels you would like to recommend?
A: Given the project is an amalgamation of different musicians from other established local bands, it would be remiss of us to not shout out our other projects. Notably, Agrona, Black Pyre, Blind Divide, and Democratus. Our vocalist also has a solo project that is worth discovering too, the absolute mouthful that is “Asbjorn Daemonium de Noctis”.

Outside of our own projects though, we will always recognise the UK talent of Ruadh, Ante-Inferno, Abduction, Necronautical, Fuath, Ard,… the list could very well go on! For labels, personal favourites are Northern Silence, Naturmacht, Debemur Morti & Vendetta, but Candlelight in particular have been a real boon for the UK scene as of late, and I have my own good experiences with UKEM who have supported my other band well.