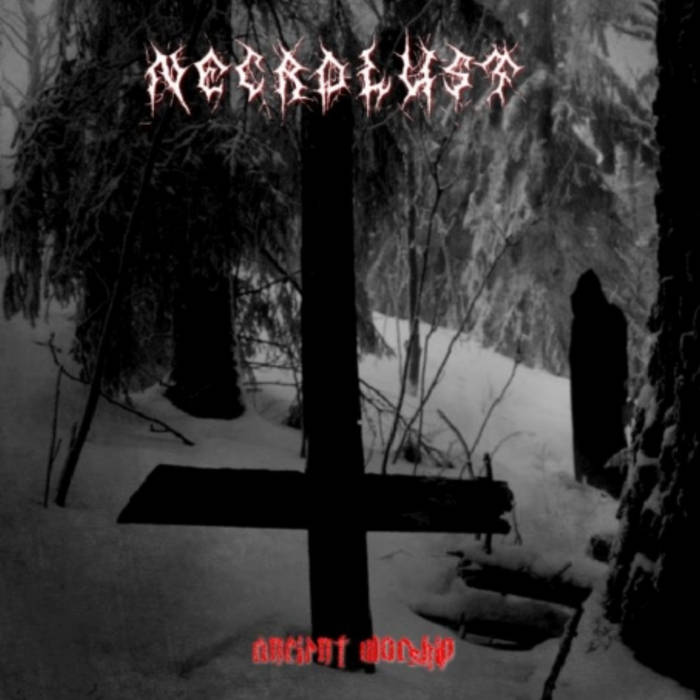 Necrolust from Italy (“The True Necrolust”, not to be confused with the other two Necrolust bands from Italy) have released upon the world their third full-length album “Ancient Worship” and well it’s dripping in ancient Black Metal worship of the 1st and 2nd waves.

This is some weird and out-there black metal, the kind of black metal where nothing seems to be on time with each other but somehow it still works and makes sense. The guitar riffs are very lo-fi and gritty, which is how they should be for this kind of satan worshiping buzzsaw madness. Drumming on the album is very basic blasts and punk beats, lots of kicks and hi-hat, again exactly what you want and expect. Vocalist Hack is where Necrolust stand out, his vocals are a mixture of spoken word, whispers, screams and just odd creepy noises, much in the vein of Attila Csihar or Maniac.

Throughout the album, songs range from mid-tempo to faster paced riffs, “Ancient Worship” also contains some very atmospheric keyboard parts strung through-out the play-time. Listening to this album is refreshing because it has a feel of being dangerous and disorderly, unlike the current pile of over produced and polished garbage being marketed as “black metal” by record labels. It’s an album where the feeling and energy of the music is put forward and the technical and musicianship comes second, chaotic is the word used best to describe it.

Italy has produced some of my favorite bands such as Bulldozer, Death SS and Dark Quarterer and it’s very apparent that Necrolust take some of their influences from these legends as well as Black Metal legends Mayhem and Master’s Hammer. I recommend this one for any metal head that is a fan of the old Black Metal sound of not giving a fuck and following no trend. (Ted Gloom)