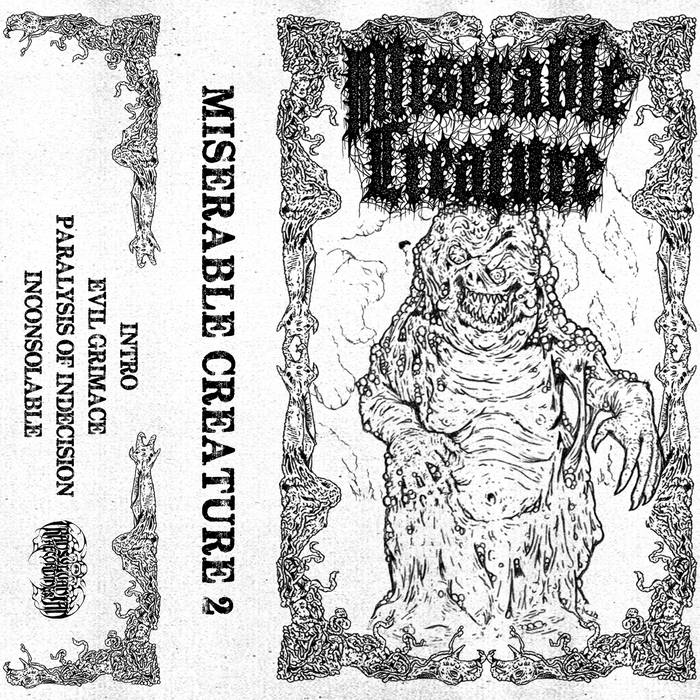 In 2021 we saw the return of Australian Death Metal duo Miserable Creature with a second demo release simply entitled ‘Miserable Creature 2’. Very much in keeping with this nod to old school horror films, this demo starts with a short80’s horror synth intro before kicking straight into a slab of savage lo-fi Death Metal that packs so much groove from it’s intense guitar leads that the sound simply trickles into your ears with all the speed and voracity of molasses. A slightly longer demo than their previous release, so if you enjoyed round one you’ll be very happy at this prospect. Opening track (After the intro) is ‘Evil Grimace’ and the sheer crushing insanity on display is heart warming to hear! There has been clear progression from Miserable Creature as ‘Paralysis of Indecision’ clearly and effectively demonstrates with a savage bout of chugging, filthy death metal riffs and muffled colossal drumming. Simply monolithic in sound, this is a piece of Old School Death Metal played exactly how it should be by a band who cling to the nostalgia of a previous generation and yet breathe new fetid life into it for us. I never want this band to release an album, just demo releases and split releases for life!! (Luke Hayhurst)