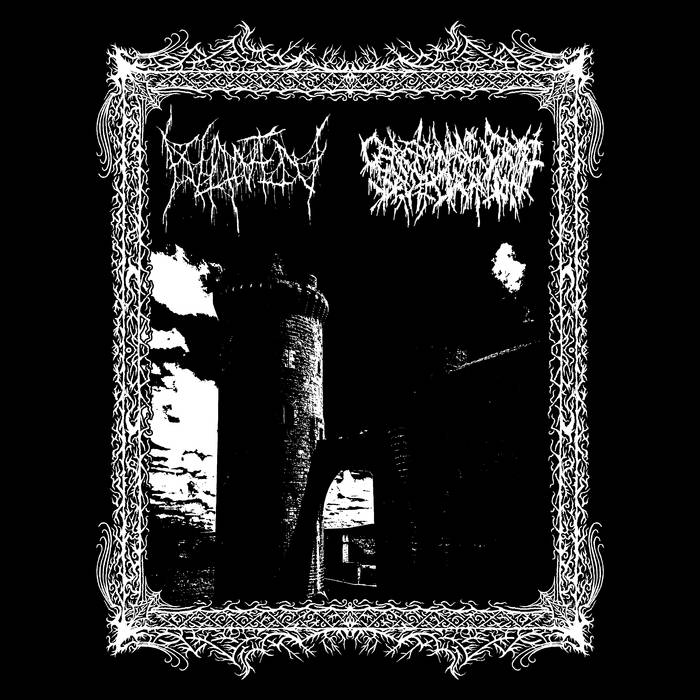 A split with two one-man projects, one hailing from USA and the other from Australia. Both on the lo-fi side of Black Metal, yet one more raw than the other.

Klanen started recently in 2020, but already has 2 EPs, 3 splits (with Saidan, Unholy Vampyric Slaughter Sect and a 4-way one) and 1 full-length as achievements. As said, the production is lo-fi and raw but Klanen does present his 3 tracks with a good amount of melody and ambience, although “The Last Weeping Star” is an instrumental track. An impressive performance and I suggest you check out the lengthy (almost 9 minutes) epic opener “Transcending the Spectral Realm”.

Still, fans of Raw Black Metal, this is a split to keep an eye on. (Ricardo)