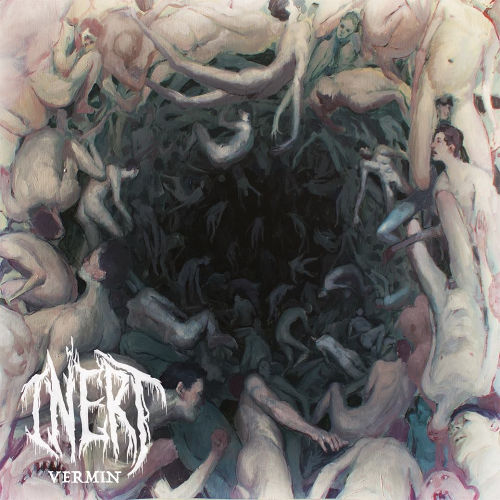 Do you know when you mix two schools of Death Metal that dominates quality and heaviness, with their side stories of great bands and a legacy to the undisputed world?! This is what happened with Inert. Spain and Sweden have joined together and just imagine the result. A band that predominates the technical and creative level of the members, with well-defined guitar lines, always alternating in more corrosive, cadenced and groovy riffs as well as where the drummer at all times dictates the band’s progress. Also the bass follows this tempo without wavering.

One detail that I found quite interesting is that the vocal line flirts a bit with a more Thrash / Death tone than a pure Death Metal growl, but the musical parts refers to the older bands, with references like At The Gates, Malevolent Creation and some hints of Kreator as well.

The album consists of 8 songs and an Animic cover (I had never heard of this band, I did a little research and found it to be an experimental Techno project from Madrid), of which the cover easily surpassed the original song.

I have to comment on the concept of the cover art too, because it is very well crafted, a crater in its sediment, several humans being sucked into this built abyss of themselves, in a brief semiotic view I could say that they are sucked in by the craters themselves. themselves, the choices and pitfalls that make the hunter turn into fighter farther on. Everything has a consequence.

Overall, “Vermin” is a good Death Metal album, although there was a lack of more frequent bass frequencies, but that doesn’t disturb the whole work. (Danilo Rotten)