Eucharist – I Am the Void 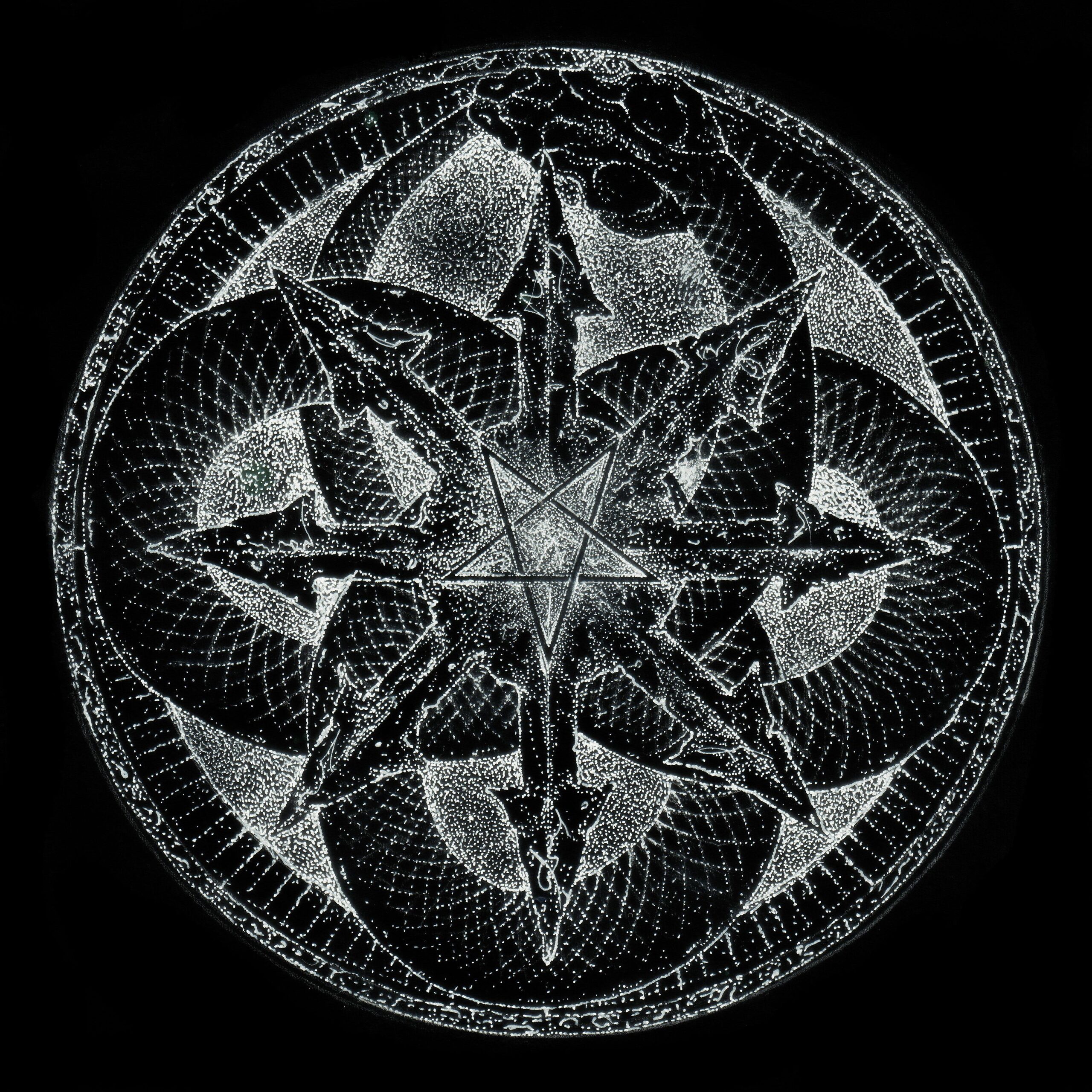 The history of Eucharist is one filled with split ups and reunions before the band called it quits in 1998. Still, the band managed to record two albums during the early years including the in my opinion underappreciated classic `Mirrorworlds’ in 1997. The album came in the midst of a booming Gothenburg melodic Death Metal scene, and although it certainly is recognized as a cult release, never got the attention it deserved. Of course, it didn’t help that the band ceased to exist almost instantly after the release. Whether it was due to an increasing interest in the following years or not, the band restarted in 2015 and played a reunion gig in 2016, but there was little attention given to it all. Since then, long time member Daniel Erlandsson left, leaving only Markus Johnsson as a founding member. Now joined by Marduk drummer Simon Schilling, 2021 (to me) quite unexpectedly saw the duo release the third Eucharist album, `I Am the Void’.

The sound of Eucharist in the nineties to me always felt rather unique compared to the many bands that followed the path of At The Gates’ genre-defining `Slaughter of the Soul’. Instead, the emphasis was more on the earliest albums of At the Gates, a more Blackened blend of Thrash and Death Metal with a great sense for melancholy paired with the melody. On `I Am the Void’, that melodic and melancholic undertone of the Eucharist sound remains. However, as a whole the album feels like quite a departure from the sound of `Mirrorworlds’. First and foremost, the musical style has shifted away to a mostly pure Black Metal sound, something that was only a minor part on the previous record except for maybe a track like `With the Sun’. With that, the vocals of Markus Johnsson are much more typical Black Metal screams at a higher pitch. Whether it’s because there was so much time to work on this album or for other reasons, the album is extremely lengthy clocking in at 76 minutes. I can’t shake off the feeling that at least a few songs could have done with a few minutes less, and on some occasions it felt like a bit of a chore listening through them. A shorter experience would have probably made it easier to digest the metamorphosis the band has undergone between albums.

At times the band sounds as if they’re still searching to find their newfound way. However, there are several strong moments on the album. Throwbacks to the Thrashier roots of the band are obvious in tracks such as `Goddess of Filth (Tlazolteotl)’. And on album highlights `Mistress of Nightmares’ and `Lilith’ there are a lot of elements that are reminiscent to the atmosphere and quality of `Mirrorworlds’. On a track like `Nexion’ there is a great buildup of pace, atmosphere and melancholy, and it stands out as one of the most interesting tracks on the album. And for instance `Queen of Hades’ starts with excellent fast drums combined with a simple, slightly off-beat guitar melody that shows promise for a stronger focus on Black Metal.

There’s no need to get stuck in nostalgia and change should be welcomed, but I can’t deny that this change between albums and the length of the new record were tough for me to swallow. There are good moments on the record though that show signs of the Eucharist sound we grew to love mixed with a promise for this new direction. Let’s hope that, like `A Velvet Creation’ was the raw template for `Mirrorworlds’, `I Am the Void’ is a prelude to something grand for Eucharist.