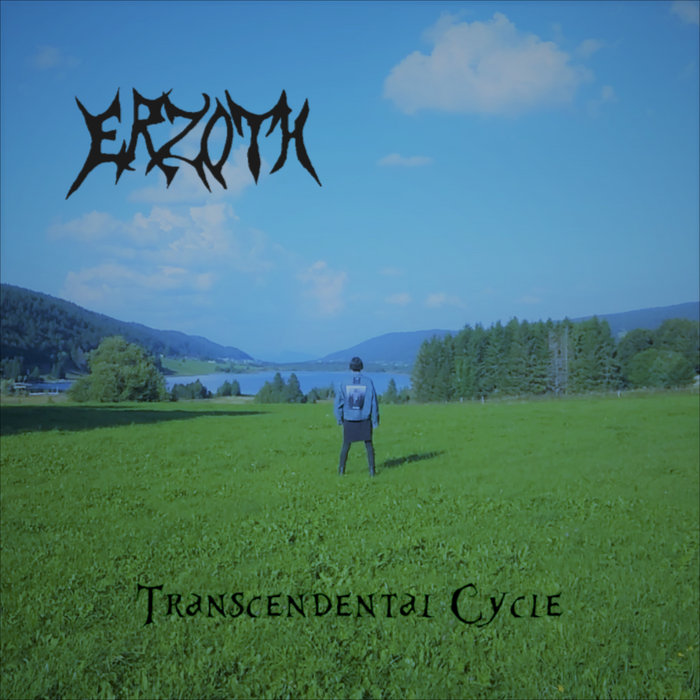 This “Transcendental” is the first full length after the demo from 2018. Black Shadow Legions, a French underground label dedicated to unearthing new, local talent, decided to release this digital album from 2019 (Transcendental Cycle), as a regular CD.

Raw Black Metal with ambient touches. Influences from, say, a vintage Burzum can be heard, the undiluted rawness of a Sale Freux, but even a less medieval Drakonhail or a more organic Striborg vocal wise can be added to the sound of Erzoth.

The music is heavily infused a rural atmosphere and delicate acoustic parts which are seamlessly interwoven with the coarse rasping vocals. Solemn parts are followed by upbeat passages with lush pagan, even epic influences.

Rural doesn’t imply the album is full of forest ambience with wind, thunder, birds, waterfalls and other sounds. No, it’s the warmth of the overall sound that adds to the music from Erzoth. But the biting cold, the harshness and grimness which are typical for Black Metal, remain present throughout he album.

Because of the versatility and variety in tempo, style and mood, “Transcendental” may appear a bit incohesive, even chaotic and poorly structured at first – a couple listening sessions wipe all doubts from the mind.

“Transcendental” is a well-crafted solid, exquisitely produced and heavy piece of Black Metal with ambient touches, an epic feeling to it and a very in-depth atmosphere. Erzoth knows what he wants to achieve and he knows how to deliver it.

And I’m convinced future releases will reveal an even more ample assortment of music.

A worthy effort is! The limited digipak contains an extra track. Fans of original French Black Metal really ought to check out this newcomer on YouTube. (LCF)