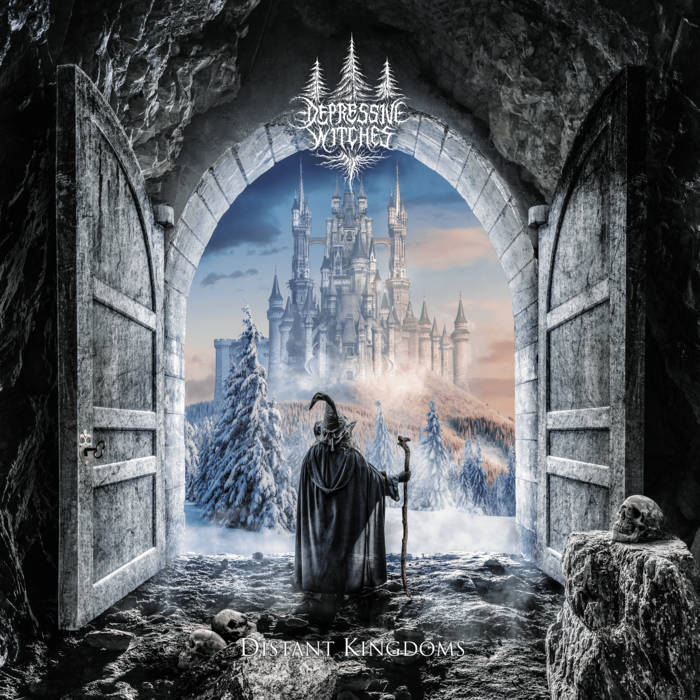 After the release of the band’s debut album ‘Bad Flask’ and after getting somewhat used to the band not taking themselves very seriously, we should be ready for Depressive Witches’ second album. Again graced with an amazingly great cover, the Witches are back to trick you.

Their in Epic Heavy Metal drenched brand of Black Metal, as heard on ‘Bad Flask’, is still very much intact. In fact, it seems that the French duo pushed their music further into melodicism with many a great Heavy Metal sort of lead guitars. Also still very much omnipresent is the Immortal/Inquisition vibe, forging many catchy riffs together with raspy vocals into this grandiose atmosphere. On this new album the balance is starting to tilt more towards Inquisition, with those one single, open-chord, guitar part going into that trademark hypnotic wall of sound. It might not equal the Colombian/American branded brilliance, but it evokes a similar kind of epic ambience.

I suppose that the tongue-in-cheek kind of humour is now an inseparable part of Depressive Witches’ identity, but to be honest, I think it detracts from the musical quality the duo is offering. Because they are offering enough musical quality, I simply think the band don’t need song titles such as ‘Cancel Your Wedding And Fuck The Witch’.