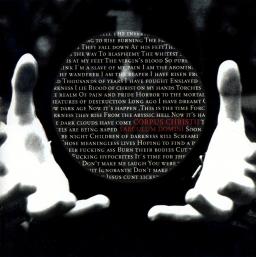 “The Portuguese most extreme black metal outfit”. Well, yes, they are definitely more extreme than Moonspell. Corpus Christi exists since 1998 and released the demo ‘Anno Domini’ in that same year, which resulted un a deal with So Die music. Extremely fast, satanic and chaotic black metal is what they bring, it sounds like the roaring pits of hell have opened up right before me.

Heavily influenced by the well-known Norwegian gods such as old Satyricon and Immortal, every black metal diehard can enjoy this. Just too bad that many other bands also bring out an album like this every month. (Stijn)