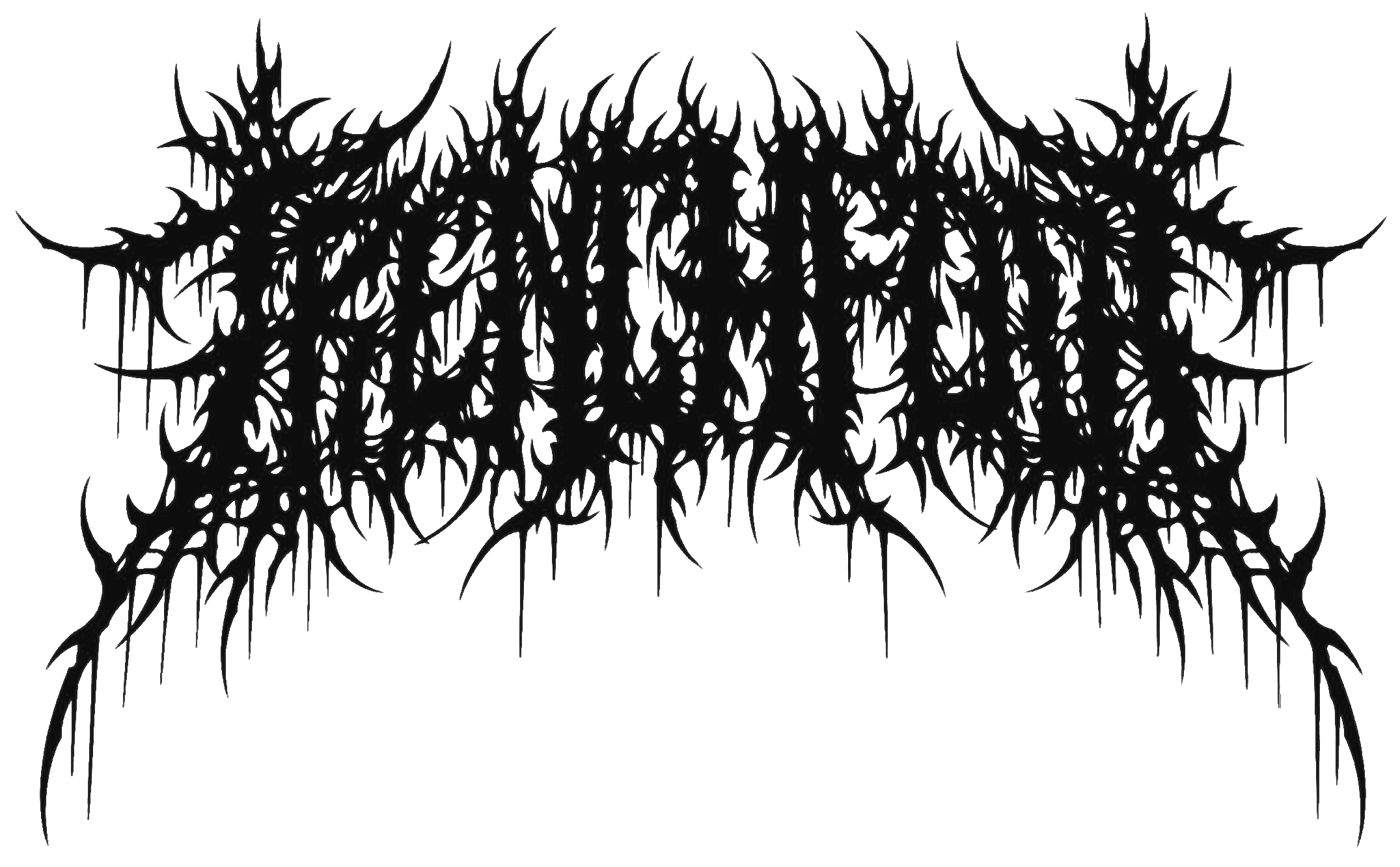 “I was wondering if you’d be interested in reviewing my debut EP?”…I admit, I do love such messages. Sometimes I receive such requests from bands, individuals or PR agencies who are just pressing “send” without knowing to what kind of zine they are sending it to. Even when they send the message by our contact form on the website…But most of the time it fits the styles we cover and that was definitely the case with Trench Foot. Old School Death Metal, the brutal down-tuned and visceral kind and heavily inspired by 70s/80s horror and splatter films, let’s give Joe (ex-Cryptic Shift) some space to introduce his freshly formed one man project…but first, why he left Cryptic Shift… (Ricardo)

I just fell out of love with the music! I had a great time with the band, played some great shows and of course recorded the hugely successful Visitations album. I helped pick my replacement, Joss Farrington of Seprevation, and I knew he’d fit the band and absolutely nail my guitar parts! It took me a while then to settle with Trench Foot. I tried my hand at a bit of Hardcore and Goregrind but didn’t stick with them. That’s when I decided some Old School Death Metal was the way to go!

What inspired you to start Trench Foot, and especially this style?
Maggot Stomp bands and Incantation. Plain and simple! Don’t get me wrong I draw influence from the classics like Cannibal Corpse, Death and Obituary as well but it’s more of the modern ‘Old School’ sound I aimed for. 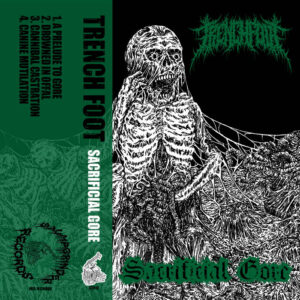 You’ve recently released your EP “Sacrificial Gore” (cassette released by Stumpgrinder Records)…
I wrote and recorded the parts as I went along. I can’t actually remember how to play them properly since I didn’t practice them! Not really much of a process went into the writing, just basic but nasty riffs all the way through. Reactions have been great so far! I didn’t really have any intentions of even releasing the tracks, I just recorded them for a bit of fun. It wasn’t until a few people had a listen and say I should get it released on tape. That’s where Stumpgrinder came into play!

I messaged Stumpy directly with the hopes of a tape release and he was more than happy to sort that for me! He really came through for me with everything and I couldn’t have been happier with all the hard work and time he invested in the project!

What about the lyrical theme, also heavily inspired by the aforementioned 70s/80s horror and splatter films?
Lyrics? What lyrics? It was all just guttural noise with absolutely no thought to what I was doing! I’m not the best lyricist so decided just to make stupid caveman noises down the microphone! I will be writing lyrics for the upcoming full length though but they’re hardly going to be inspirational or philosophical. Just dumb lyrics about 80s splatter films! Horror films from that era had a huge influence on me and opened me up to the more extreme side of cinema and by referencing them in my music I’m sort of paying a homage to all things sick and depraved!

As your EP is released on cassette, is the format important to you? And what about vinyl?
I always wanted to release something of my own on cassette at one point. I love all things retro and old school. Visitations came out on cassette as well and I thought it looked ridiculously cool. I’d love to do a release on vinyl as well at some point. That’s something for the future hopefully! I think cassette and vinyl has had a huge surge in popularity over the recent years. You certainly see a lot more underground bands releasing with those formats!

What about the near future? New material already written? Once again a cooperation with Stumpgrinder Records?
I am currently well underway with writing the full length release. All based on Video Nasties and similarly awful/brilliant films! I mixed Sacrificial Gore myself but I will be looking to get the full length mixed by someone who actually knows what they’re going instead of just guessing! The new tracks are even better than the EP and there’s a bit more creativity and even a couple of technical solos thrown in. Absolutely open to working with Stumpy again so we’ll see what happens! Watch this space!

Are you involved in any other way in the music scene?
This is my only involvement in the scene. I work a standard 9-5 office job to support my family and do Trench Foot on the side as a bit of fun! 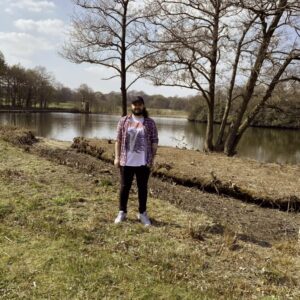 Are there any bands or albums of your recent playlist you would like to mention?
There’s plenty of underground bands that have put out some great releases recently. Cryptic Shift (obviously), Slimelord, Sewer Fiend and Mortuary Spawn are just a few exciting up and coming artists from The UK. Always going to big up the Maggot Stomp roster, both past and present, as well, with 200 Stab Wounds, Malignant Altar and Ossuary being personal favourites!

Also do you have favourite labels you always keep an eye on when they announce a new release? Or a favourite illustrator / cover artist?
Maggot Stomp (yet again) and Sewer Rot are the two main labels I like to keep up to date with. Shout out as well to Gurgling Gore for some truly grim releases! As far as artists and illustrators go, I can’t not mention Rotting Head. The time and effort he put in for the Sacrificial Gore artwork really shows as it turned out even better than I expected. I hope to work with him again in the future!

Before we wrap up this interview, do you have any final words or thoughts? Is there something I’ve forgotten to ask you which you would like to mention? Thanks for your time!
Follow my Instagram if you haven’t already for all future updates and feel free to buy a shirt from my Bandcamp. Cheers for all the support so far, I’m extremely grateful!