Black Knife – “This band is my outlet and my driving force. Life can’t be all work, pay taxes, die. That being said I am always writing and would not know what to do with myself if I didn’t have it.” 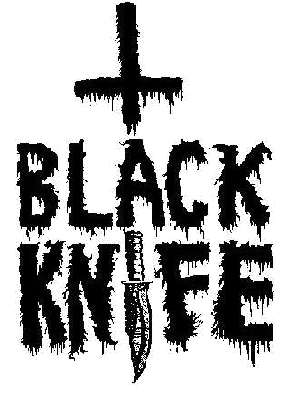 I recently heard US Black Metal/Punk band Black Knife for the very first time, and so impressed was I by their rawness and savage tunes, I decided to fire some questions at them. They only went and got back to me straight away, jolly nice of them. Here is what was discussed with guitarist/vocalist Hellwulv. (Marksson)

Greetings to you from the UK. Thanks for taking some time to speak with me. How is life in the US right now?

Life in the U.S.A. is good overall. Very happy to see live music returning after the long break from Covid. Lots of shows and tours popping up left and right these days.

I’ve only recently heard your music, on the new four way split release through Wise Blood Records. How did you come to be a part of the split release?

This split was a pretty natural one in many ways as Black Knife is based in Kentucky and Wraith and Graveripper live only one state away from each other. We had crossed paths many times and became friends through the scene. As for Unholy Night, they are from Russia, but style wise a perfect fit. They have been on my radar for quite some time. I am a big fan of their music and was stoked to include them on this one.

Have you had a chance to listen to much of the other three bands’ work? What are your thoughts on the bands you share the release with?
I have actually listened to all the bands on the split quite a bit before the release. I am a fan of every band involved. I always enjoy that side of splits and you get to work with bands you are a fan of and solidify a bond of evil music together.

You play Black Metal/Punk and so your sound fits in well with the rest of the split. Who would you say are Black Knife’s main musical influences?

We have quite a few, but we always go back to Venom, Celtic Frost, Abigail, Slayer and the like. Not to mention anything weird/sleazy and out of the box. 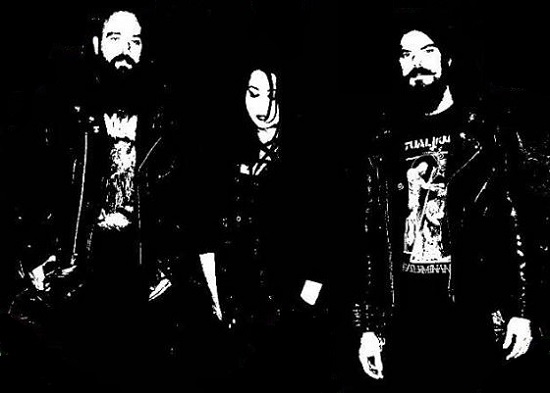 How about influences from outside of the musical sphere? Do you let real world issues filter into your lyrics? Do you let your views on political climates filter into your music?
I do, but it is usually done in a way that is not so on the nose. I let the listener decide what is fact and what is fantasy or escapism and the lyrical content is generally pretty wild. I try to not get overly political with the lyrical end, but will definitely tell people where I stand if asked. Just has to be the time and place for it.

You have been active since 2016 and since your inception you have been very prolific on the releases front, with a couple of albums out as well as myriad split releases. Where does the inspiration and energy come from to release so much music but at such a high standard?
This band is my outlet and my driving force. Life can’t be all work, pay taxes, die. That being said I am always writing and would not know what to do with myself if I didn’t have it. So that creates a big output of music, but I am pretty critical on myself to also keep the standards high. So I appreciate you noticing that!

How would you describe the Extreme Metal scene in your area? is it pretty active with lots of bands and fans all getting involved? Also, do you play any Punk shows or do you stick to the metal ones?
I would say the Metal scene in my hometown of Lexington, Kentucky is slowly returning. After the hiatus of shows from COVID, many bands venues dissolved. Great to see them slowly returning though. We play as many Punk shows as we do Metal shows honestly. And I think we are a great fit for either. We enjoy the energy of both! 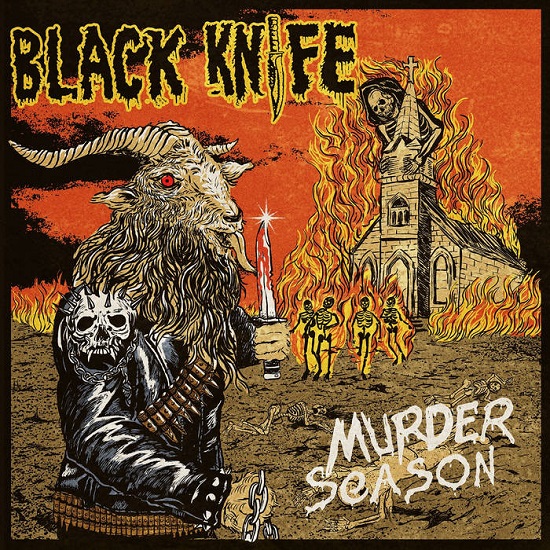 I’d like to ask you about your band name. How did you come to choose Black Knife? It sounds like some underground rebel movement!
It is! We are unlike every band and we embrace it! That being said, I really liked the name because I thought it was simple but effective. It is memorable and also does not tie your sound to any one style which is very fitting for us. You could be a Death Metal band or a Punk band and the name works just the same.

What are your future plans for Black Knife? What can we expect from you in the next 12 months?
We have tons of plans and goals for the future. We have started working on the next full length album. So next year we are going to release the next full length, then play a Westcoast tour as well as some fests we are already booked on. Then we have a 2024 European tour in the works which we are beyond excited for as I have never been outside of the US. Lots of exciting stuff in the works!

Thanks very much for answering my questions. The last words are for you!
To the fans : We always appreciate the interest in Black Knife, and stay tuned for lots more to come. STAY EVIL/STAY WEIRD