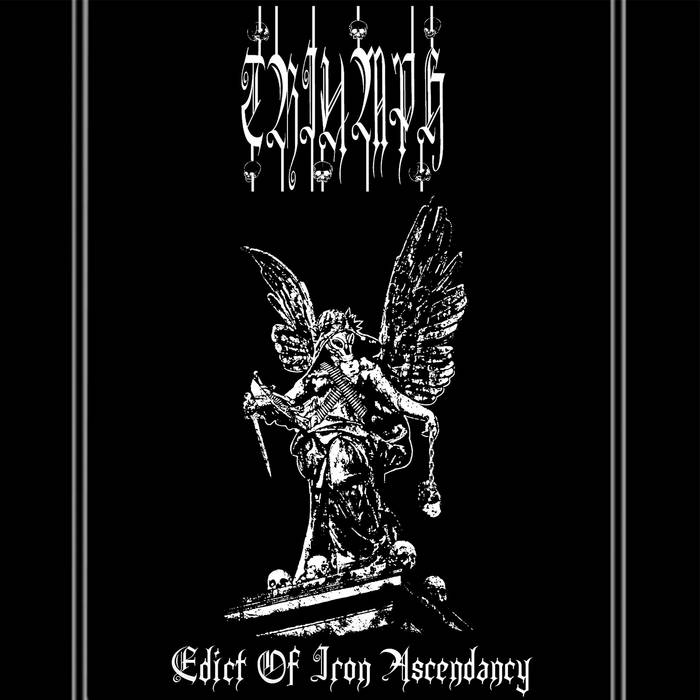 Triumph is the project from Evan Richardson aka Immolator from Ritual Genocide which treads further into the bloody, shrapnel infested trenches of the War/Chaos/Honor/Victory/Supremacy themed War Metal genre. And the purest War Metal is what is being machine gunned on “Edict Of Iron Ascendancy”.  Nothing else but feral, brutal relentless and martial blast beating on the drums, a deep rumbling bass and the wall of, typical upward fretboard movements on the lower strings, riffing. Add to that a raw, bestial snarl à la Peter Helmkamp, shouting blasphemies and we’re there.

Triumph do borrow a lot from a band like Revenge, but the fierce martial drumming, although versatile enough, doesn’t quite reach the level of James Read. The production is very good as it brings out the Grindcore / Black Metal influences as well as each instrument perfectly. Triumph may be a bit heavier – the low end on this album is simply crushing.

The album gets a maximum score from me. “Edict Of Iron Ascendancy” is not a mere Revenge rip off but an album with a face of its own, rest assured.

Warmongers, totalitarians, elitists and other sonic terrorists simply need to get their hands on this gem. (LCF)