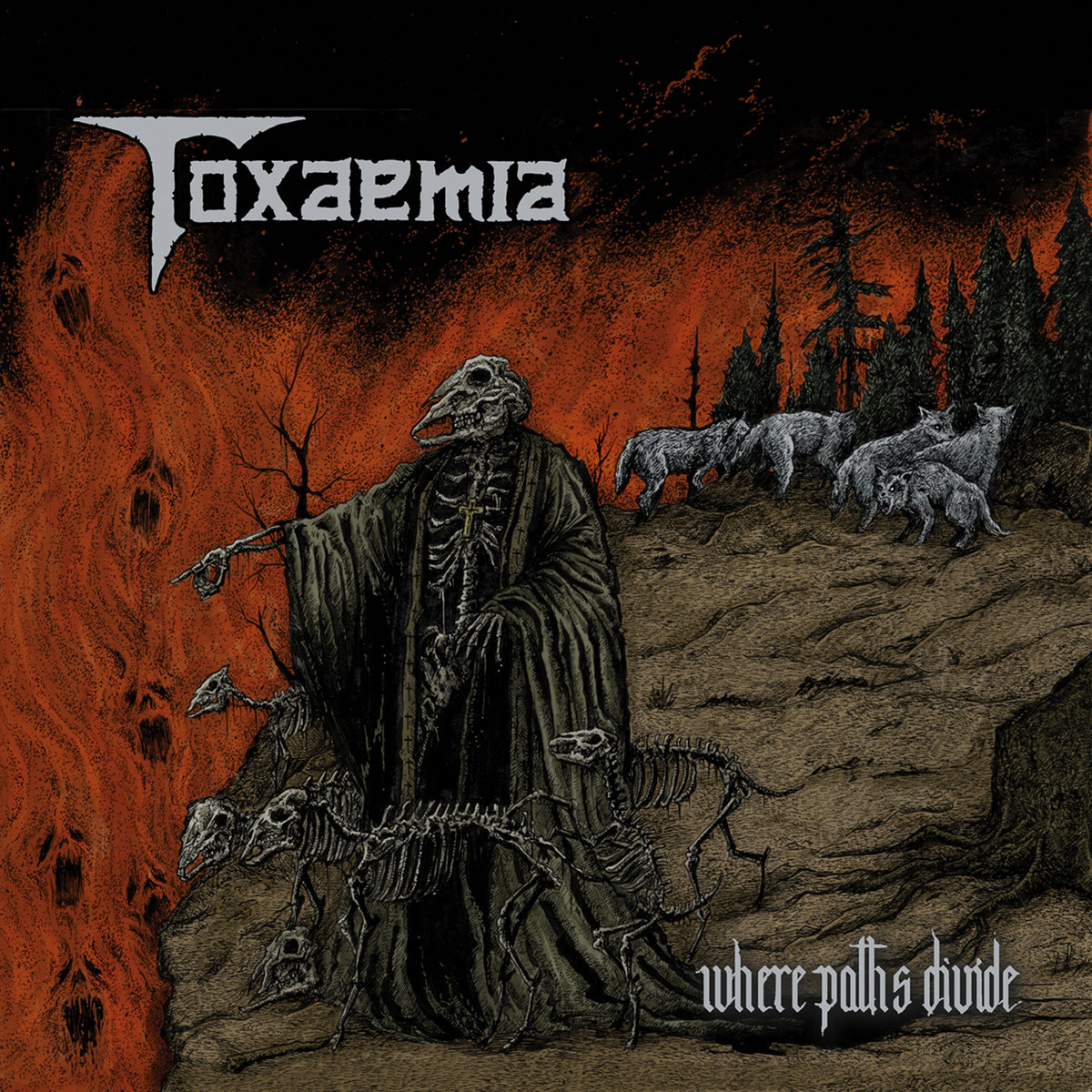 Having formed three decades ago out of Sweden, surprised to find that “Where Paths Divide” is the quintet’s FIRST full length for their index; couple name changes and couple extended breaks, regrouping together in 2017.

What drew me into giving this a listen was album cover that features a color palette similar to Demilich’s “Nespithe”, yet draws more Entombed, Dismember, and Undergang influences to their music. Another interesting observation is the label that it’s released under has been around since early 90s, yet started becoming more active this past year alone, pushing releases from other acts: Repulsive Vision, Pitch Black, and Puteraeon.

Offering ten hymns within the Swedish Death Metal arrangement, makes me smirk that their title track is the quick instrumental intro to the album, already diving into the mindset that you’re sinking into an underworld of delightful fury. Clean production with every element heard how it should be. Mesmerizing guitar work by Rasmus Axelsson on “Delusions” with vocals that have a gruff, coarse, and menacing cadence. The Thrash inspired riffs heard in “Pestilence” with rich bass lines portrayed by original member Pontus Cervin along with consistently powerful riffs to correlate. And let’s not forget one of the biggest and notable contributors to tie this album out, their drummer Perra Karlson (Dreadful Fate, In Aeternum, Nominion) is a force to be reckoned with.

You hear Death Metal, Thrash, some melody but all around killer contemporary sound, you wouldn’t think twice being from an older era of metal. Notable tracks to mention is “Psychotic Pandemic”, gives a bit more down tuned mid tempo taste. Another is closer “Hate Within” , a heavily melodic track that closes out this full on monstrous assault of an album. Absolutely incredible! (Tori Belle)