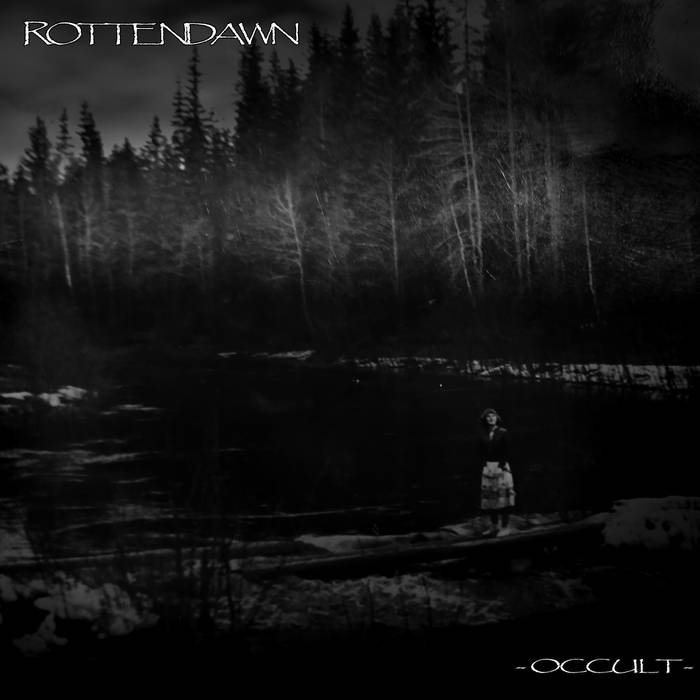 “Occult” is the debut album from Finland’s newest Death/Doom institution Rottendawn. Although they are new to the scene, the band is made up of current and former members of Impaled Nazarene, Abhorrence, and Unholy and are veterans of the Finnish underground scene.

Blending melodic Death Metal with traditional Doom, one could easily label Rottendawn Death/Doom, however there are a lot more influences going on here including classic Heavy Metal, Hard Rock and even some elements of Black Metal. It’s hard to nail down their sound to one genre or sub genre. The rhythm guitars have a thick syrup heaviness to them that is accompanied by 80’s Heavy Metal style leads that are laced with melody. The songs are all over the 7 minute mark and coalesce through slow and mid-tempo passages of epic Doom. Some songs even have a darkness and almost Gothic atmosphere to them that works well with the heavy guitars. The vocals are fairly clear but also have a bit of grit to them. The album has a very crisp production and everything punches through the mix in proper balance between the heavy bone shaking low-end and soaring highs.

“Occult” presents a mature sound and stalwart writing that you wouldn’t expect for a band to have on a debut release but I suppose this is largely in part due to the experience of the band members and they were able to craft an album that is both heavy and intuitive. I highly recommend this for anyone that is a fan of old Death/Doom like Amorphis, My Dying Bride and Anathema. (Ted Gloom)