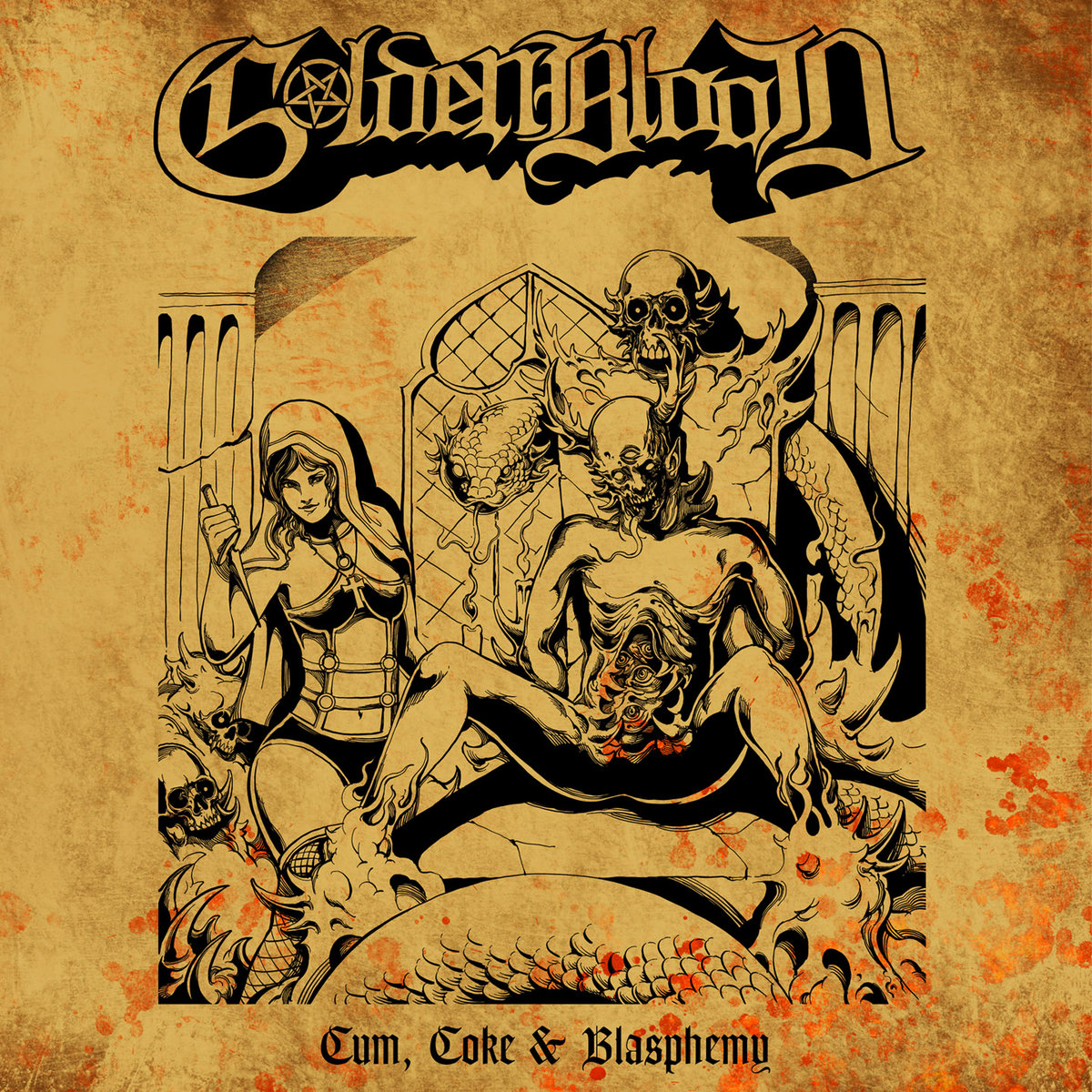 ‘Cum, Coke & Blasphemy’ sounds like a an evening to remember, and is also the debut EP release from 2020 from an Austrian one man project who specialises in Punk influenced Blackened Thrash Metal by the name of Golden Blood. ‘Cum, Coke & Blasphemy’ is a simple yet raw EP, four tracks of aggressive pummelling and direct to the point hostility with a slight maniacal edge to the vocals and some of the weird and wonderful guitar leads held within. For those who like blistering shredding and wild guitar solos, well you’ll find plenty of that here as well as a punishing and ceaseless drumming style. in fact in the drums and the bass play is where the majority of the Punk influence rears its head on this EP. On the negative side the attempts at a cleaner vocal style during ‘Nightfall’ fails miserably and the scorching style he usually adopts is far more preferable. back into the plus side though and the Speed Metal influences in the rampaging ‘Empress of the Unholy Reich’ is a welcome addition and another layer to this decent, fun sounding release. I won’t ham this up, it’s a decent if unspectacular EP but worth a spin none the less. (Marksson)