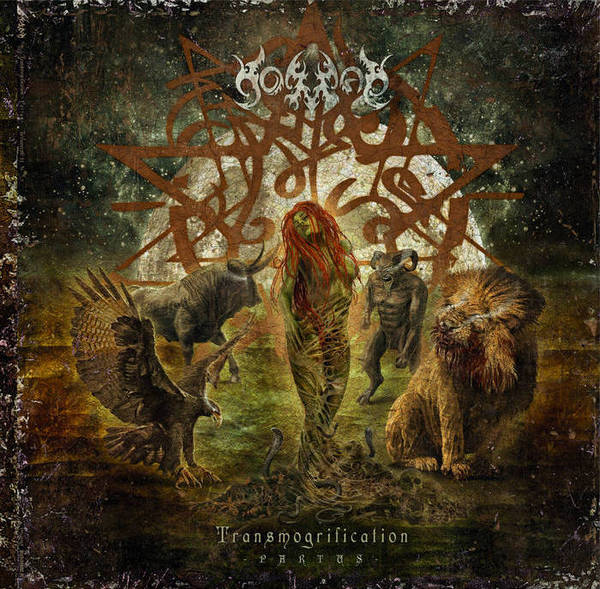 To those that are familiar with Polish Death Metal, Nomad are no strangers in the landscape of extreme metal. Compared to some compatriots they never received the recognition they deserved in my opinion, be it on the more brutal blackened side (“Demonic Verses”, remember when I bought this one at a show not long after it came out) or the more atmospheric and groovy themes (“Transmigration of Consciousness”). If there is something to criticize it might be (If compared to other Polish flagships) is the lack of “catchiness” or just the fact they were sometimes ahead of its time If we give a look what kind of records gained success right after their releases.

Said that I know want to focus on their newest offering which, obviously, is another step towards new fields and ideas on one side and the other side towards the already mentioned lack of catchiness, because this record explore the atmospheric and progressive nature even more than before. 9 years since “Transmigration of Consciousness” and 5 years since “Tetramorph” have already past and the band seemed to have needed that break since then (or have faced some issues regarding the fact that some parts have been recorded a couple of years ago), the songs still have that dark feeling, that groove and when accelerate, that prime brutality. This time they every detail is more elaborated and opens the gates wide. The trance like feeling it creates is amazing. The guitar and bass work is splendid, you will need a couple of spins to catch every detail here. The drums sound huge, powerful and dynamic at the same time. Some nice patterns and grooves are spread towards the entire album. The vocals not only range in a roaring deep grunt but also have this more theatralic sort of vocalization known from Acherontas or Behemoth.

Leads, samples, electronics (maybe) help to create a bubble of dark enchanting Death Metal, far away from easy listening and pop structures as well as catchy headbanging material. I recommend to listen to this while lying on the ground or sitting in the car, train or even when walking, preferably alone to consume or be consumed by this record.

“Transmogrification (Partus)” is finally the record that separates them from other Polish acts and from all boundaries. This is the manifestation of Nomad, the traveler, the one that changes to survive but keeps the foundation.

The 2CD-edition has got “Tetramorph II” as bonus, so I recommend to buy this one to have 4 tracks more to devour. Modern Death Metal, very atmospheric, very on its own, dreamy, dark, progressive. Well done! (DPF)