Frozen Graves – An Age of Emptiness 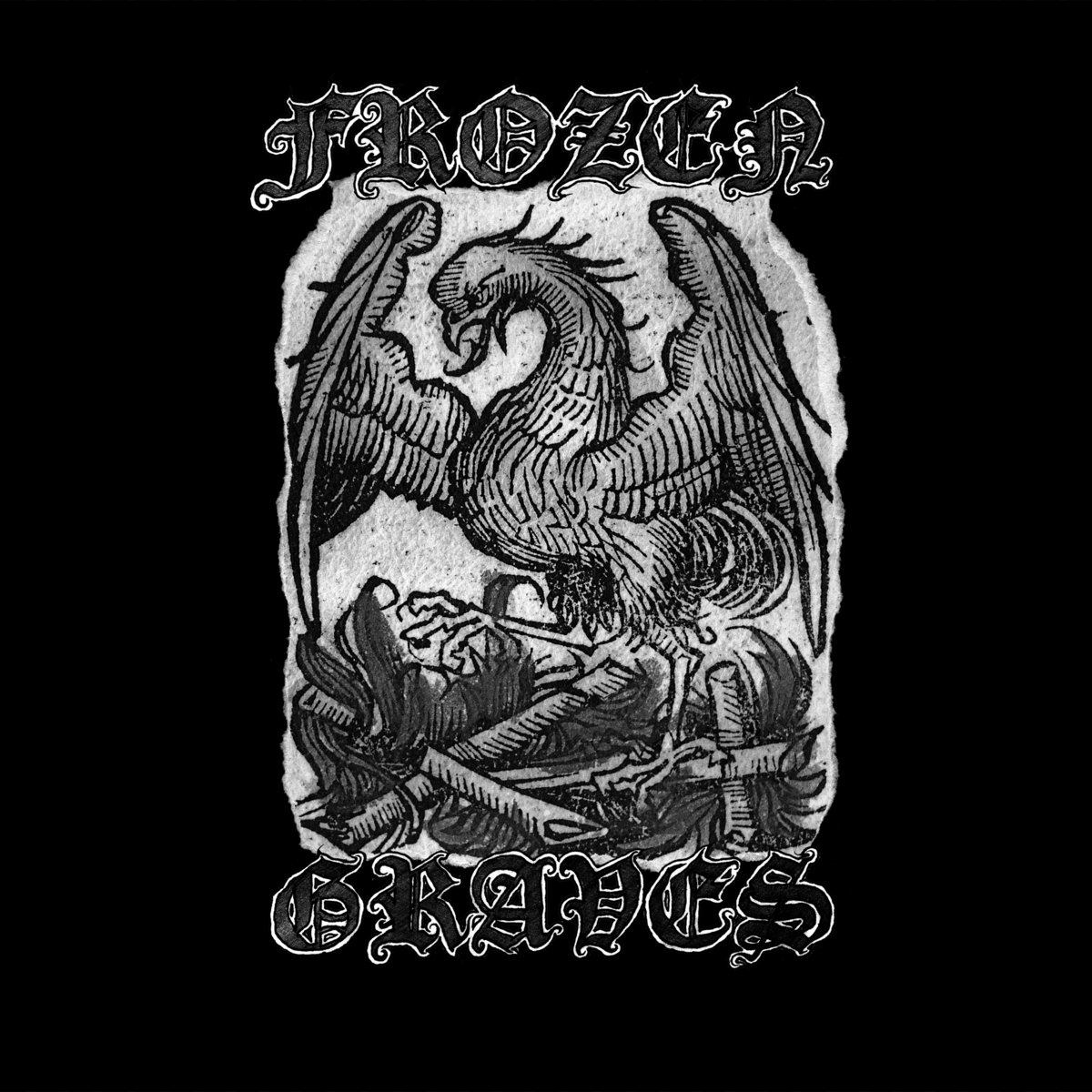 Cosmic Church, the band whose later albums had iconic images of mastermind Luxixul Sumering Auter in a red robe on the cover, left quite an impression with their recordings. The release that initially caught my attention was the 2015 EP `Vigilia’, after which I eagerly absorbed their entire back catalogue. Sadly, the band was put to rest somewhere in 2017, right before the release of the `Täyttymys’ album. Needless to say, once word got out that Luxixul Sumering Auter had released another record with a new project I didn’t hesitate to pick it up (and gladly so, because the album has been hard to find ever since its release). The band in question is Frozen Graves, in which Luxixul Sumering Auter plays drums and keyboards, fellow Asymmetry bandmate Vandra features on guitar and vocals are provided by Khaosgott, whose other band Cénotaphe was at the time on the brink of releasing their stellar `Horizons’ EP. The self-titled Frozen Graves album blew me away with straight forward riff-oriented Finnish Black Metal with a strong layer of atmospheric keys. In the years that followed Cénotaphe continued releasing splendid releases including an EP, a split and their debut album. But all became quiet around Frozen Graves, or any Luxixul Sumering Auter related project for that matter. Therefore, it came as a total surprise that out of nowhere the new Frozen Graves album `An Age of Emptiness’ was released by Kuunpalvelus (distribution by Amor Fati Productions) in September 2022.

The instrumentation for the new album was already recorded in 2019 by the Finnish band members, but likely due to the pandemic it took until 2021 for the vocals to be recorded in France. From album to album, the sound and production on `An Age of Emptiness’ is mostly identical to the debut record `Frozen Graves’, although the debut had a slightly sharper guitar sound and the keyboards featured more prominently in the mix. As a result, `An Age of Emptiness’ is less driven forward by the keyboards than its predecessor. The keyboards are still there, however a bit more subdued in the mix. Furthermore, the guitars have shifted a bit from the traditional Finnish Black Metal sound, although that remains the basis for Frozen Graves and is still very obvious in a track like `Breaking the Laws of Harmony’. Instead, there is slightly more emphasis on guitar harmony and melody. Upon careful listen however, it’s clear that the combination of two guitar layers and the keyboards together with a thick bass sound and Khaosgott’s intense vocals comprise a slightly more yearning melancholic atmosphere than the preceding album. `Past the Horizons’ is a great example of this, where the music evokes the sensation of longing for something greater beyond reach, past the horizons. On an album filled with captivating tracks, one of my personal favorites is `The Temple Levitates’, a song that perfectly blends a slightly more present keyboard atmosphere with forward-driven drums, open guitar melodies, dark underlying rhythm guitar tones and a fantastic vocal performance.

Frozen Graves has created a perfect niche alongside the bodies of work of Cosmic Church, Cénotaphe and Asymmetry. `An Age of Emptiness’ sounds in a lot of ways like its predecessor but is by no means a direct copy of `Frozen Graves’. In my opinion, both albums are gems in their own way. Those that appreciate the other individual works of Luxixul Sumering Auter, Vandra and Khaosgott, those that held the previous Frozen Graves album dearly, or those that cherish atmospheric Finnish Black Metal will undoubtedly find `An Age of Emptiness’ well worth their time to listen to, or will risk missing out on a great album.