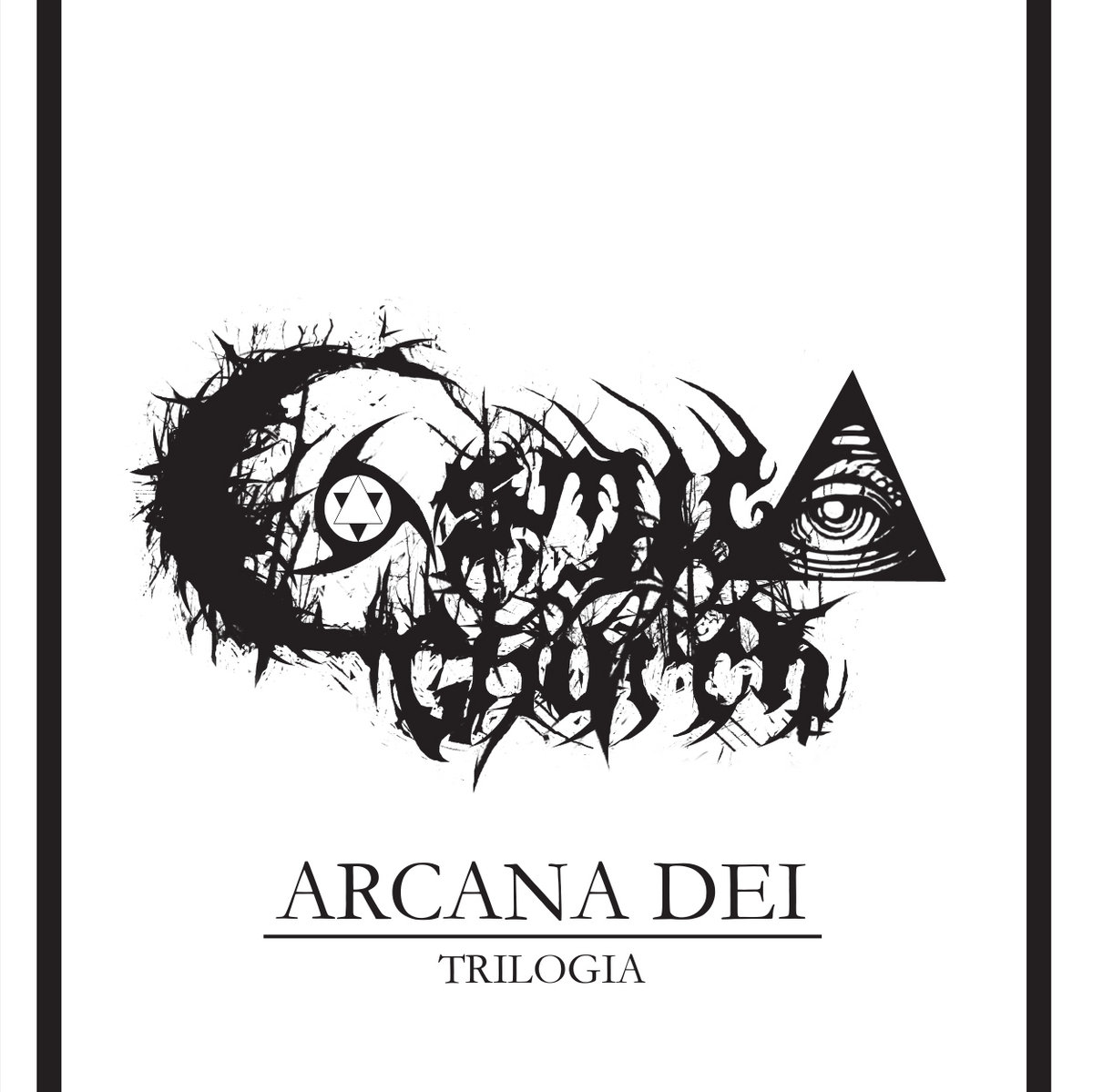 While Cosmic Church is mostly known as the one-man band of Luxixul Sumering Auter, a few of their releases were actually recorded as a two-piece. On the very first Cosmic Church demo, ‘The Blessing’, Kommando Ozhir played drums and bass and a crude embryonic version of the later Cosmic Church sound can be heard. It would end up being the only demo with Kommando Ozhir. The subsequent demo ‘Unohdetun Rituaalin Planeetta’, now recorded as a solo band, displayed much clearer Burzum influences as the atmospheric Black Metal sound of Cosmic Church started to mature. This is also the last recording to feature English lyrics, and ever since the third demo ‘T​ä​htisumun Kuilu’ the lyrics have been entirely in Finnish. After the third demo Luxixul Sumering Auter had the desire to bring Cosmic Church to a live setting, and he recruited drummer Profundiis to the fold, resulting in a highly productive period for the band.

The first fruit of their collaborative labor was the debut album ‘Absoluutin Lävistämä’, a remarkable step forward from their demo material. On this record the influences of Burzum are obvious, but touches of Finnish Black Metal contemparies such as Horna and Satanic Warmaster remained prominently present in the Cosmic Church sound. That record would cement the band’s place as a unique entity in Finnish Black metal, but despite it being recorded in 2008 it wouldn’t be released until 2010. Profundiis and Luxixul Sumering Auter continued finishing one recording after another however, including three EP’s, the demo ‘Syysauringon Vihkimys’ and a split with Blood Red Fog, before Profundiis was removed from the band and Cosmic Church became a one-man band until the end of its existence in 2017. Those three EP’s that immediately followed ‘Absoluutin Lävistämä’ were each released individually on cassette by the Cocainacopia label, but also compiled as the ‘Arcana Dei Trilogia’ in 2009. After a CD and vinyl release in 2010 and 2012 respectively, Kuunpalvelus has re-released these much sought after recordings on vinyl once again in 2022.

Considering that initially these EP’s were recorded and released separately, they also have a different sound and production. ‘Arcana Dei I – Pimeyden Valo’ was recorded in November 2008 and is the crudest of the three recordings. Where ‘Absoluutin Lävistämä’ had a raw but clear sound, the sound on part I of the trilogy is muffled, raw and more of a rehearsal or demo quality. While that’s not a problem per se, it takes a while to get used to and it took a few listens to in particular hear the vocals in for instance opener ‘Luomattoman Täydellinen Pimeys’. The songs are a bit shorter in length and therefore less spun out than the usual Cosmic Church track, but in particular ‘Torna (Osa II)’ and ‘Salama Hiljaisuudessa’ are memorable tracks.

The material on ‘Arcana Dei II – Tuliset Siivet’ was recorded between February and May 2009 and is a massive step up in every possible manner. The production on these songs is much clearer although still rawer than on the albums. It contains a few phenomenal tracks that highlight Cosmic Church’s ability to create a unique atmosphere through mid-paced melodies but with plenty of up-tempo sections as well. Two of the tracks, ‘Valtaistuin’ and ‘Elementaali’, are only about 4 minutes in length, but in particular ‘Valtaistuin’ has everything that makes the band great: catchy riffs, a raw sound, variety in pace, possessed vocals and a great sense of melancholic atmosphere. At about twice the length of the two aforementioned tracks, ‘Kiertokulku’ is pretty much one of the best tracks the band has written, while ‘Kirkkaus’ contains some guitar leads that hint at the sound of the future Cosmic Church material.

The final part of the trilogy, ‘Arcana Dei III – Totuuden Portit’ was recorded In April/May 2009 and consists of an ambient intro and outro and two lengthy tracks. On these tracks the production is somewhere in between the first two parts of the trilogy: the sound is slightly more muffled, but the instruments and vocals can be clearly distinguished. Both ‘Näkymä Ajattomuuteen’ and ‘Feeniksin Ylösnousemus’ show a band in their prime form, seemingly effortlessly continuing the melancholic atmosphere of the previous part of the trilogy while also building a bridge between the sound of the debut and the second record.

When Cosmic Church released their sophomore album ‘Ylistys’ in 2012, the sound had shifted a bit, adding keyboards, clean vocals, lead guitars and an overall emphasis on the more spun out and mid paced arrangements. While generally considered their masterpiece and an album (along with the subsequent ‘Vigilia’ EP) that I personally adore, it is a slight departure from the earlier work. Therefore, the material compiled on ‘Arcana Dei Trilogia’ is a great example of the transitioning sound of the band. The songwriting is stellar and the vocals are some of the best work by Luxixul Sumering Auter. This is a very welcome re-release for fans of Cosmic Curch and atmospheric Black Metal in general. (VincentP)