Evadne – Dethroned of Our Souls 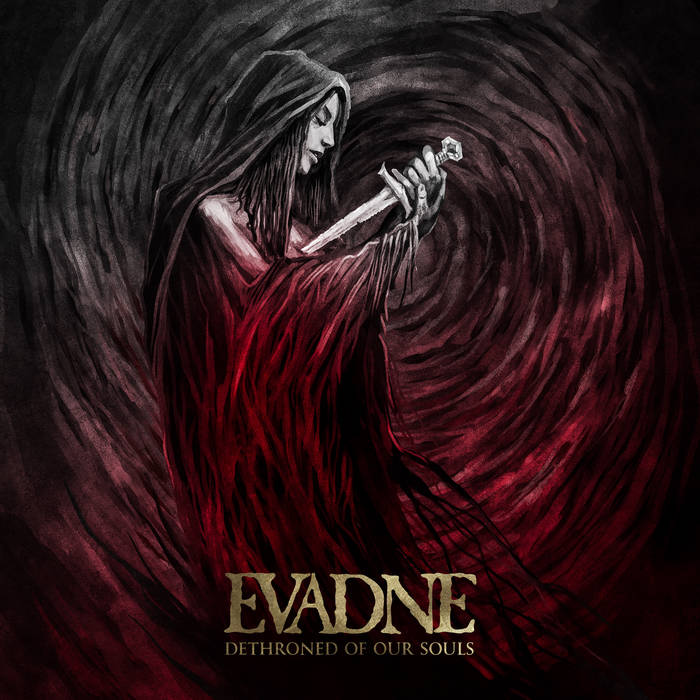 Dreary and dark, Evadne is a Melodic Doom/Death Metal act with two-decades-long experience in producing music of tranquil desperation and crushing sorrow. While their work over those years – and before they were known as Hexenprozesse – was more bearing in quality than quantity, they had more than enough to release a great compilation, „Dethroned Of Our Souls“.

Influenced by classical Doom metal bands of the ‘90s, Evadne say they long to reach for the saddest, most arcane feelings in humans – and successfully so. Dynamic in progression, great in sound and forceful in melodic cries, Evadne have been consistent and maturing throughout their discography, which I also recommend for you to check out.

This is not a playlist (even though you can listen to it as such) but a collection of works that illustrate this band’s capabilities and character. The compilation’s name is a play on words because the songs except are featured on the band’s demo „In the bitterness of our souls“ and EP „Dethroned of Light“. It is also a good way to promote material from those, unfortunately, less popular release formats. It also features a cover of Officium Triste’s song “Like Atlas” made for the 25th-anniversary record “Born to Lose, Doomed to Die”. All in all, very interesting and diverse work!

If you are a fan of Swallow the Sun, Draconian or similar bands, and are looking for the sound of beauty found in melancholy as those bands produce, look no further. „Dethroned Of Our Souls“ could be a good start in your exploration of this band. (Lana)