My Death Belongs to You – The World Seems to Be Fading 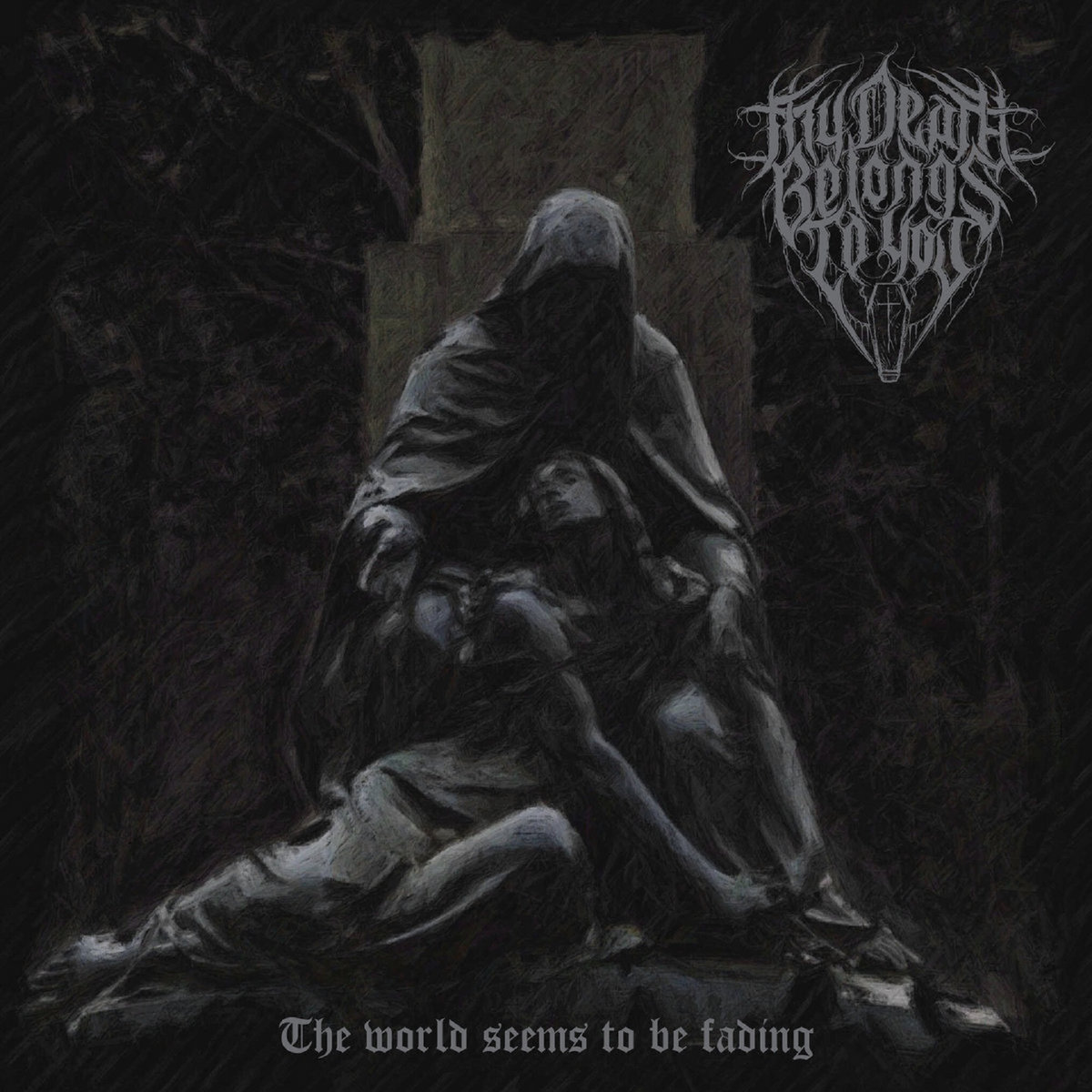 The sounds of crippling depression, the kind that deteriorates the soul, the kind that wills time to halt, the kind that makes each breath you take echo like a coin dropped in a desolate room, this is how I would relay my listening experience of ‘The World seems to be fading’ by My Death Belongs to You.

For at its core, the music which like a serpentine being, it slithers methodically, with each calculated movement whispering rhymes of despair within your ear, enough to lull one into a lucid dream. This is courtesy of the musical elements, for with each note that is rung, each beat crashed upon the kit, feels like a burden upon heavy shoulders that is dragged through a paved floor and this is the foundation in which grants the atmosphere to inhibit, to dwell and shift towards each musical construct.

Tracks like ‘The Morning After Death’ and ‘Tomorrow is The Last Day’ captures that lucifugous aura with the myriad of riffs conjured in the slow timely moments as well as the complimenting percussions that adds more needed layers of emotional weight towards the album.

Another highlight upon the album is its ability to capture the waters from the well of the abyss, where negativity thrives and spreads like the cancer of the mind, as the somber moments gives the illusion as you are navigating an endless labyrinth that in which your mind has erected for which there is no freedom, only endless trekking. ‘Your Dark Embrace’ demonstrates this with the interjection of the slow chugging as well as scattered ambient keys.

A rather welcomed addition is the use of clean spoken vocals (not frequently) combined with the harsh vox which resonates with an aphotic tone. This combo creates the illusion of day and night coalescing into one as a tormented soul is imprisoned within oneself, simply watching the days recede and begin again, in an endless loop. In my opinion, this is where the album shines, as the simplistic tones crafted by the instruments merged with the vocals produces a plethora of spirits that contort to each to the rhythm of melancholia.

From my description, it may seem as though the album fosters a being consumed by negativity, and this is actually not a nitpick nor me saying ‘I do not like this album’, quite the opposite, it is because it evokes that feeling which one rather shuns, because it stirs up that visceral emotion within its notes is why I would wholeheartedly say this is a perfect album because of its rawness and vulnerability exposed within its sculpture of sound. (Justin Joseph)