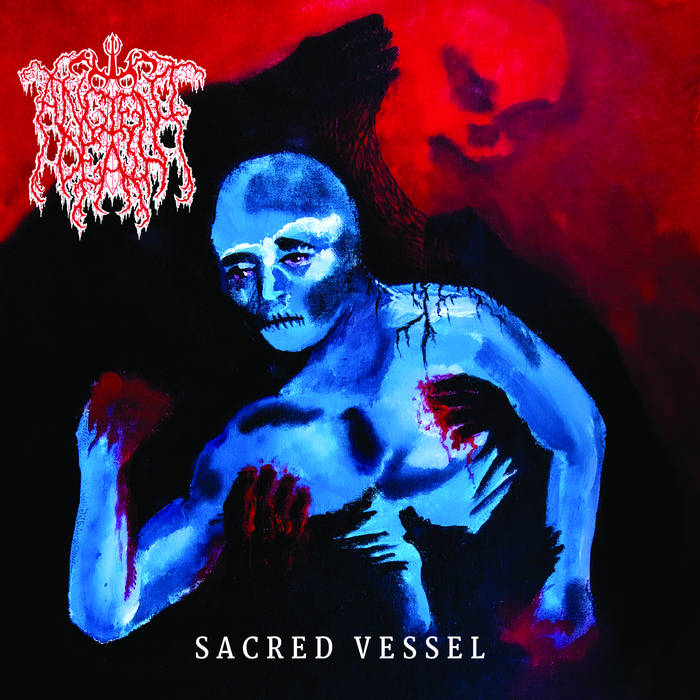 That base of Old School Death Metal is felt throughout the full playing time of the EP, but Ancient Death has a lot more to offer than standard and mostly rather simple Death Metal. Not infrequently, the band treats you to a burst of wild creativity not too far removed from later Death or Atheist records, including fast melodic leads and ditto drumming. But at times, the pace actually slows down and the band hits doomy territory. In any case, Ancient Death’s musicianship is far above average, not only the fine guitar leads and the good and creative drumming stand out, but also Jasmine Alexander’s nice low rumbling bass is worth mentioning. The band’s great musicianship is also found in its interesting song writing, they add lots of dynamics and changes pace every few seconds to keep you on your edge.

Released by Rotter Records, this EP might not be for sale at your local His Master’s Voice store, but anyone who’s in for some interesting and rather adventurous Death Metal that offers more than your average chugging, riff-based snoozer: a little search can pay off. And for the ones who prefer their putrid art on vinyl, Rotter Records together with Necroharmonic are preparing its vinyl release too.