Aberathiedeus – The Scent of the Old Black Masses 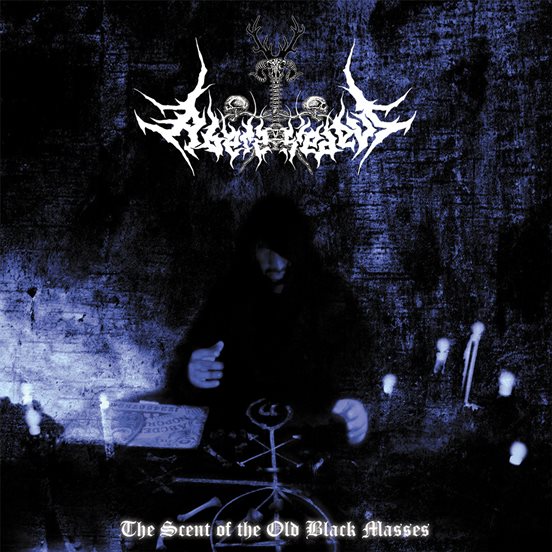 Aberathiedeus are a relatively new band, emerging from the underground metal scene in the State of Yucatan, Mexico. Yucatan was the territory of the ancient Maya and their timeless culture. And together with their neighbouring State Quintana Roo (Cancun), they are the place to be for tourists and vacations. And Spring Break Students who terrorize this oasis of tourism turning it into a cesspool of gringo debauchery and excessive alcohol consumption.

So it rather came as a surprise to me, to hear that here is actually a small but very vivid metal scene to be found. The albums opens up with battle sounds (Conquistadores ) and kick off with solid yet simple Black Metal riffing, blastbeats to match all this violence and a quite audible bass to support the music.

The vocals aren’t the typical over the top shrieking ‘I am dying again’ vocals as is usually the case in Mexican Black Metal: these are a rather snarling and growling type of vocals without too many dramatic flair + they were perfectly mixed in the music. This solid Black Metal album has its moments: including slower passages, melodical but still raw solo guitars and containing a well prepared composition style, that makes sound every song practically perfect.

The guitar sound itself is hard to pin down: I hear Scandinavian tremolo picking, Swedish style. Melodic but always raw, draining it’s rough edge from the Colombian & Mexican scene. Vocals are indeed something unique – not too extreme, yet still übersatanic, dripping with venom. Even the spoken passages aren’t cheesy. A quick and first listen to their music initially give me the impression that Aberathiedeus were trying to jam way too many different influences into their songs and that the vocals were of the Cradle Of Filth style, given the spoken passages.

I must admit that most of their songs indeed have unexpected shifts in both speed and style, adding even acoustic interludes for that ‘calm before the storm’ effect, but given the overall murderous pace and that solid pro production, I dropped his silly notion quickly.

Let us say that Aberathiedeus draw their influences from the early works of a Dark Funeral, a Marduk and a Dissection, but infused them with a much rawer and deeper sound. Inspiration definitely comes from the Swedish scene, rather than from the Norwegian titanic scene of permafrost, epic dark woods, ice and snow.

The band itself label/describe their musical style as ‘Melodic Black Metal’. I agree – to some degree. Aberathiedeus managed to absorb the arcane essence of the 1990-ies Black Metal scene in Sweden, but also added that creepy, satanic blasphemous aspect most Mexican bands adhered to when they started. I know I make this sound as some hybrid, but Aberathiedeus manage nonetheless to avoid the proverbial wolf clips.

Verdict: melodic yet raw Black Metal from Mexico, drawing their influences from the Swedes of the glorious age of the 1990-ies, yet adding their very own spicy touch to it. A very remarkable and solid production. Plenty of variation without falling into boredom. The album itself clocks out at almost an hour, but if you take the effort of actually listening to the music, time passes by as a fart in a breeze. Originality? Way above average in every way, especially when you consider this a debut album.

Would I buy it? I probably would because it reminds me of that ultra-satanic and occult no-nonsense evil attitude and the twisted primitive nature from some of the older bands in Mexico, Colombia and even Brazil. And believe me – some of those “post-second wave Scandinavian Black Metal influenced” Latin American releases contained quite a few extreme nutters – in a ‘positive way’, so to speak.

Never judge a book by its cover, if you know what I mean. (LCF)