Wesenwille – III: The Great Light Above 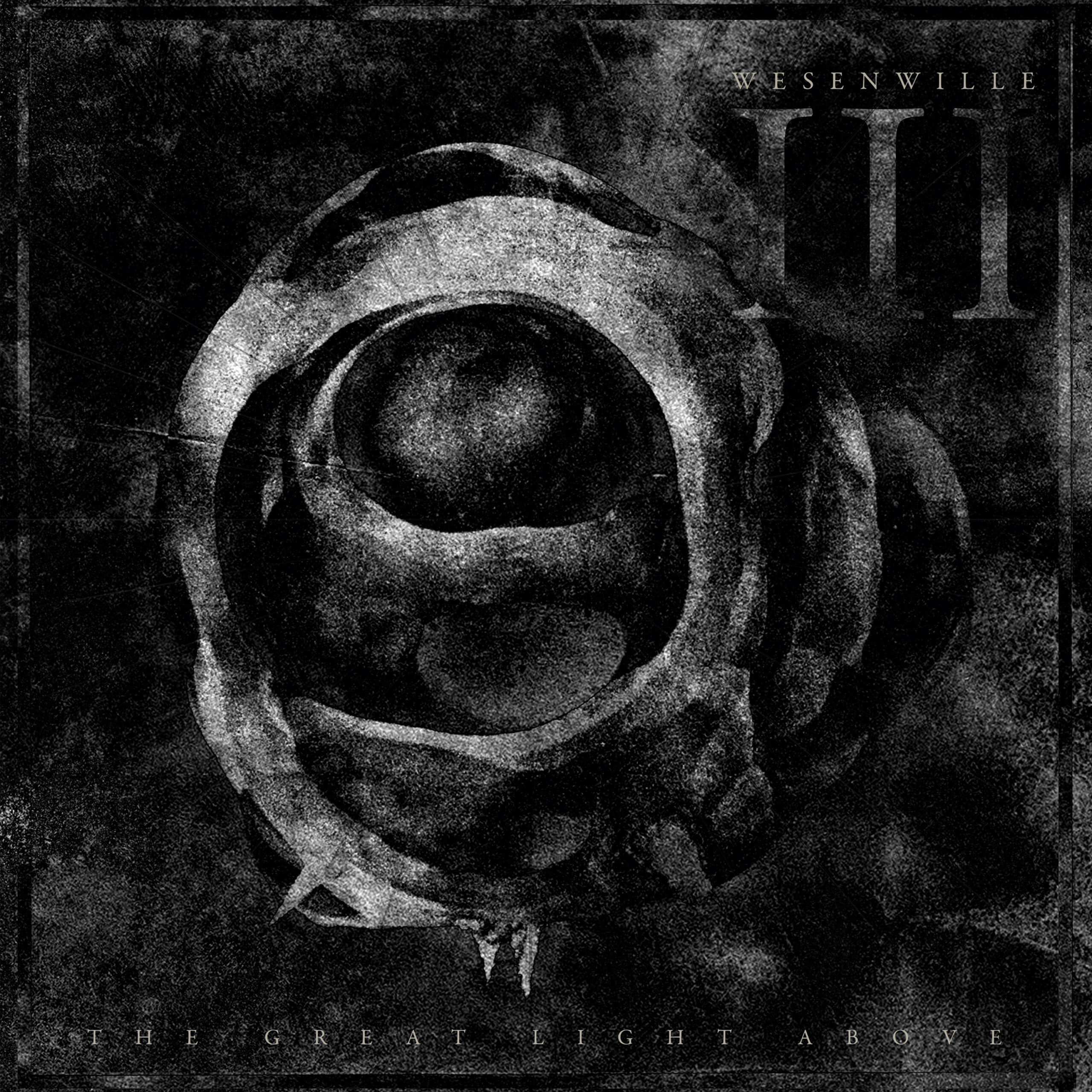 Once dubbed “The Svartidauði project” by the band members, the release of the sophomore album ‘II: A Material God’ saw the band Wesenwille take a large step into finding their own musical identity. Following a seemingly continuing trend between albums, in the period after the release the line-up has once again been reduced by one member. The band currently consists of R. Schmidt handling everything but the drums, which are still in the capable hands of D. Schermann who now acts as a session member. However, the band is more active than ever, playing live with a steady line line-up on international gigs and festivals. As soon as the material for the sophomore album was done, writing for the third album commenced, thus leading to the release of the third album ‘III: The Great Light Above’ already a year later.

For the artwork on the latest album, we see a slight shift from the bleak city photography of the preceding two albums to an equally bleak yet more “typical” Black Metal cover artwork. This is not the only thing that’s more “Black Metal” about the new album. While JB van der Wal did an excellent job on the first two albums, the third Wesenwille album is mixed and mastered by Stephen Lockhart (Slidhr) of Studio Emissary, responsible for the production of bands like Svartidauði and Sinmara. As a consequence, ‘III: The Great Light Above’ has the most Black Metal sound, indeed approaching the brooding atmosphere of the stellar debuts of these two highly influential Icelandic bands. In part due to that change in production, the latest Wesenwille album packs even more melancholy in the tracks, something that becomes immediately obvious from the astonishing opening track ‘Revelation of the Construct’. Once the song gets going, the strong technical and dissonant riffs are interchanged with fast and creative drum fills and extended connective melodies. On the previous album the band had already emphasized these melodies more, something that’s further expanded on ‘III: The Great Light Above’ with great success and without loss of dissonance and intensity.

A few other things strike me as improved between ‘II: A Material God’ and the new album. While the vocals were already great on the previous records, R. Schmidt steps it up a notch on ‘III: The Great Light Above’, adding inhale screams (such as in the fantastic ‘Our Sole Illuminator’) and shrieks that at times last tens of seconds. The incorporation of melodic solos, dark and melancholic passages and bouts of dissonant technicality are even better balanced, creating a continuous tension in the music. While the track ‘Trinity’ has some stronger overlap with Sinmara and Svartidauði, the majority of the material sounds very much as if the band has found their own musical niche that should be judged on their own and not on their influences. But above all, the songwriting is beyond doubt the most cohesive so far. The album was originally intended to feature just three long songs, which were ultimately split into the seven tracks that made their way to the final product. Perhaps it is due to this origin, but it indeed makes the album flow naturally. While one of my few comments with regards to the predecessor were slight lapses in intensity, ‘III: The Great Light Above’ is a much more consistent album, one that should be listened to as a developing story that unfolds as the album progresses.

On the first album, Wesenwille was clearly very inspired by Deathspell Omega and Svartidauði. On the successor, we found the band blending those influences more with a sound of their own. ‘III: The Great Light Above’ is the pinnacle of the musical journey of Wesenwille thus far, taking those influences to a level where they can proudly stand besides the bands that fueled the fire of Wesenwille’s creation. (VincentP)