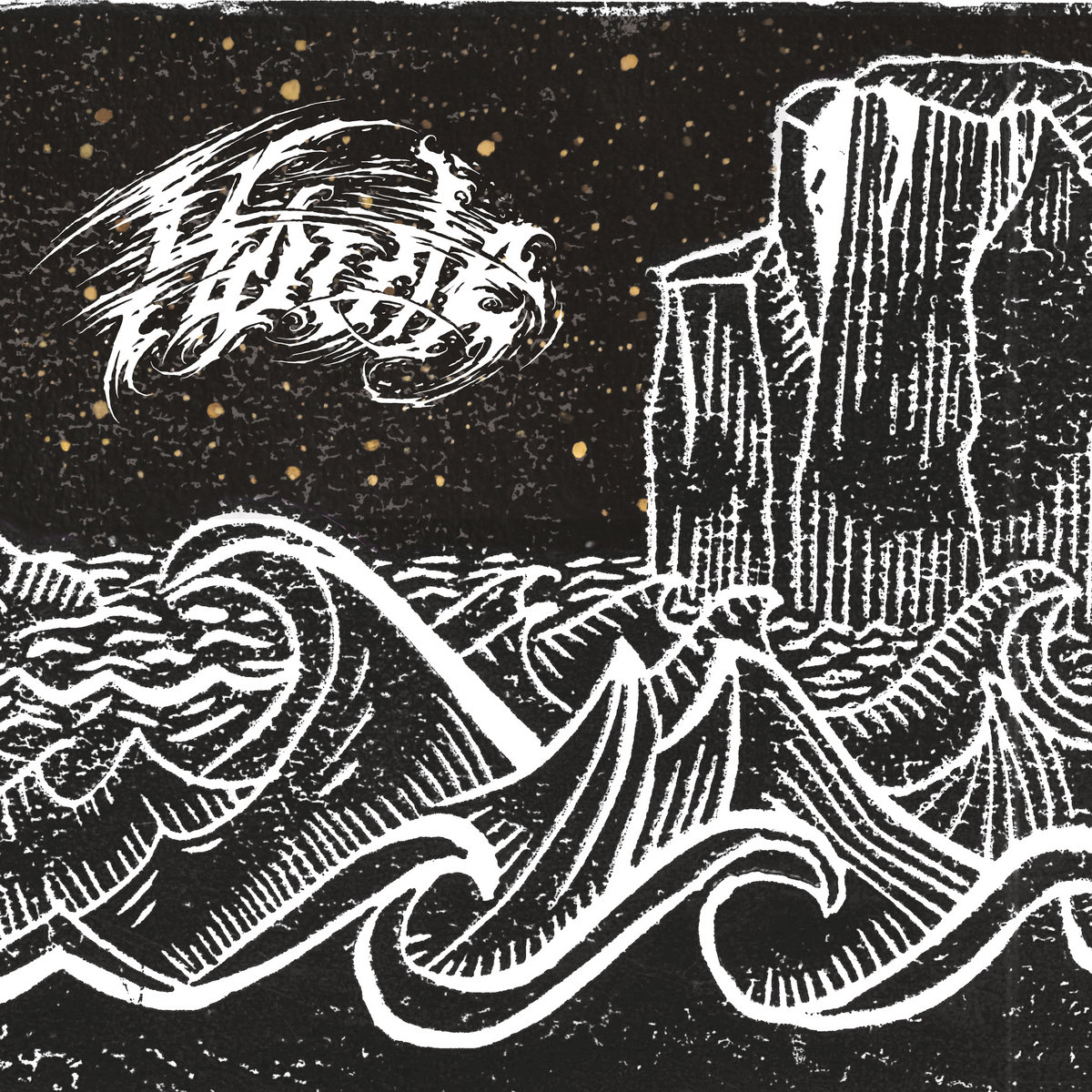 The material on the band’s self-titled EP is inspired by the ocean and the struggle of humanity with its power. This comes back in the name of the band, which translates to swell, which are collections of waves produced offshore that propagate thousands of miles across oceans and seas. But each of the tracks also has a nautically-inspired title and theme, and samples of crashing oceans, sea birds or creaking boats appear throughout the EP. And it all comes with a depiction of waves crashing into the shore on the album cover.

Musically speaking the band plays a brand of melodic Black Metal that is most similar to the Polish of Mgła. The info sheet also mentions Véhémence and Forteresse, and I can live with these comparisons although I think Forteresse is generally a bit more fast-paced and furious than Houle. Instead, the French band emphasizes the melodies slightly more and often incorporates calmer breaks to build a bit of a breather in their music. In ‘Au Loin la Tempête’ this almost borders on Iron Maiden-esque sections, especially when it comes to a break with a clean guitar riff and prominent bass guitar. This also applies to the subsequent track ‘La Dernière Traversée’, which starts with the creaking sound of a boat and a bass line that reminds me of Iron Maiden’s ‘Rime of the Ancient Mariner’. This Houle song is probably the one that stands out, both in terms of quality as well as it being slightly different. Clocking in at nearly ten minutes, the faster segments have slightly less emphasis on melody and therefore a harsher tone. Additionally, it has an excellent dragging guitar tone that sounds like sirens and ends with a beautiful long-stretched tragic clean melody, giving the feeling of despair fitting with the song title, ‘The Last Crossing’. All these tracks are accompanied with passionate and intense female vocals that range from shrieks to cleaner shouting and even some spoken words. Overall, the playing, songwriting and consistency of the EP is impressive for a debut.

Houle’s first EP offers the listener melodic Black Metal that sounds quite a bit like Mgła and somewhat like Forteresse, but the band manages to add enough to not be labeled just a clone. Their emphasis on melodies and diverse harsh female vocals combined with a strong lyrical theme works well on ‘Houle’, and I’m curious to hear any follow-up material of the band.