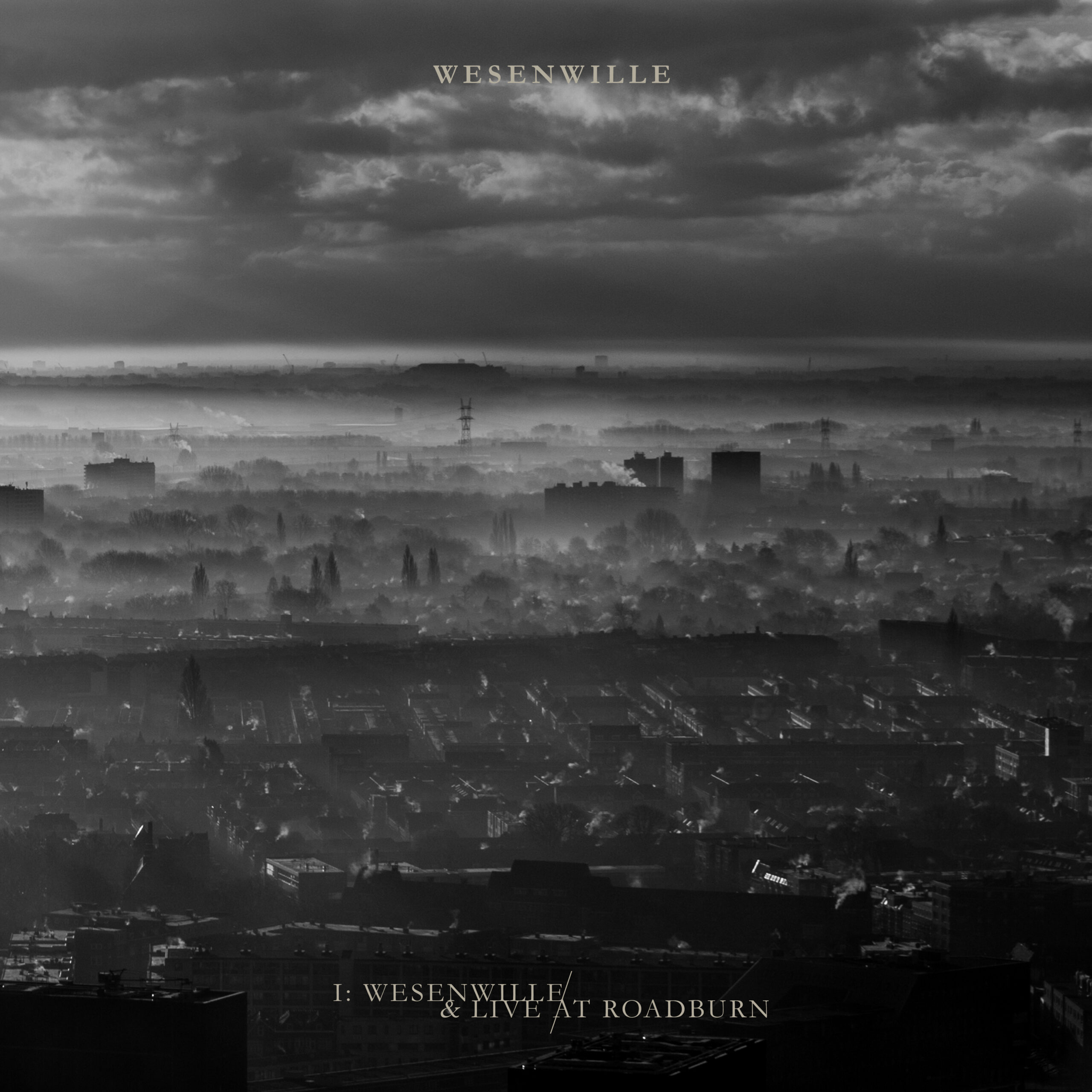 I wonder how many bands are formed after a night with a few beers, friends listening to a record that then decide to play music in the vein of the record that has just been spinning. The Dutch band Wesenwille falls in that category, and the object of adoration was Svartidauði’s masterpiece ‘Flesh Cathedral’. It is no wonder that the band in its early stages was simply called “The Svartidauði project” by the band members. When the band started in 2013 the band consisted of vocalist and guitar player R. Schmidt (Verval, Apotelesma), drummer D. Schermann (Wrang, Bodyfarm, Weltschmerz) and bass player and vocalist M. van der Werff (Prospectors, Weltschmerz). This line-up recorded the debut album ‘I: Wesenwille’, which sparked immediate interest from US-based record label Redefining Darkness for a CD release in 2018.

M. van der Werff left the band soon after, but that didn’t hold back the now duo as they started playing live and eventually started work on a second album. The sophomore album was released in 2021 bearing the title ‘II: A Material God’ by the French label Les Acteurs de l’Ombre Productions. All this development had not gone unnoticed, and the band was invited to perform a live set at the Roadburn Redux, an event preceding the Roadburn festival in Tilburg, The Netherlands, which was entirely recorded and streamed the day before the festival. Considering that the debut album had not yet been released on vinyl and the band had professional sound quality live recordings, the band and label took the opportunity to combine the live show and the debut on one release: ‘I: Wesenwille & Live at Roadburn’.

As mentioned earlier, the influences of Svartidauði are undeniable on ‘I: Wesenwille’. This is clear on tracks like ‘The Churning Masses’ and especially ‘Rising Tides’. At times the long-spun atmospheric sections lead to melancholic and quite beautiful melodic sections, for instance at the end of ‘Golden Rays of the Sun’. However, on the debut Wesenwille more often takes things to an even more technical and dissonant spectrum. For example, in ‘Prosopopoeia’ we find the band coming closer to Deathspell Omega on their ‘Fas – Ite, Maledicti, in Ignem Aeternum’ or ‘Paracletus’ albums. Even though I love Deathspell Omega, admittedly these parts are somewhat harder for me to process as changes can be a bit abrupt. As for vocals, the two vocalists employ a range of vocal styles, going from more traditional Black Metal vocals to tortured outcries, but on most occasions stay away from the lower register growls of for instance Svartidauði. Fitting with technical and dissonant music, the mixing and mastering courtesy of JB van der Wal is quite sterile and dry, leaving room for all the instruments to shine individually. I probably prefer a rawer edge to the sound, but the current mix fits the complexity of the music better.

The set for ‘Live at Roadburn’ was recorded just weeks after the release of the second album ‘II: A Material God’ and features the band in a live formation that besides R. Schmidt and D. Schermann also features guitar player N. van Noort (Gizåh), bass player Y. Snel (Gizåh) and vocalist Galgenvot (Wrang, Tetelestai). The recording, mixing and mastering was once again in the hands of JB van der Wal and resulted in a high quality recording. Even though the set was played live, no audience was present (these were Covid times, after all) and therefore it has the feel of a studio recording. The sound is slightly different than on ‘I: Wesenwille’, and in particular the guitars have a bit more of a Black Metal sound to them, making the recording a bit more organic than the debut. One obvious difference is that Galgenvot does most of the vocals on this recording while R. Schmidt provides backing vocals. Galgenvot has a varied vocal spectrum, touching more growly territory and tortured screams, and his voice fits well with the slightly more blackened character of the recording. The tracks off the debut that made the set are probably my favorite three songs off that album (the opening riff of ‘The Churning Masses’ pops into my head whenever I think about that album), so in terms of setlist there are no complaints either. We further find two tracks off ‘II: A Material God’, which found the band developing their sound further and are probably the reason for choosing a slightly more blackened sound for the live set. But more on that album in a separate review.

I’m personally pleased that the Wesenwille debut album made it on vinyl. Even though the debut is heavily inspired by Svartidauði and Deathspell Omega, this is a style that’s tough to nail. ‘I: Wesenwille’ is a great formative stab at playing the style, a first steppingstone to a sound that would become more of their own on subsequent releases. With ‘I: Wesenwille & Live at Roadburn’ you get the debut and a great sounding live set that further previews the transition of the band towards their second album. (VincentP)