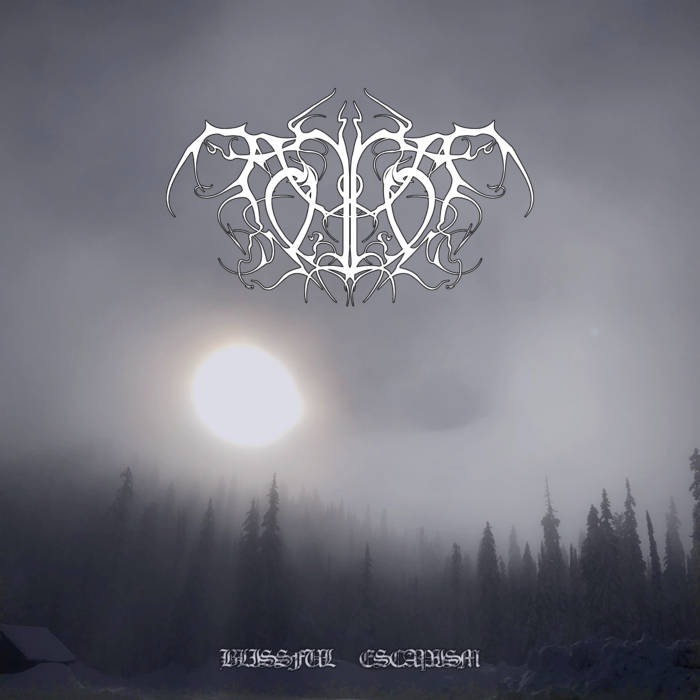 Tomhet is a prolific one man Black Metal/Ambient project from Alberta, Canada. 2022 was another busy year for the project which started with this album release entitled ‘Blissful Escapism’. Jems Label got involved and put the album out on cassette, which incidentally is the projects eighth full length release. Now considering the relentless release rate of Tomhet you might question how the time is found to release an album that tops out just short of an hour and ten minutes; or for that matter how the quality can be kept so high whilst constantly writing and performing. And yet both of these things are a reality… or are they?

This album starts with a sombre, remorseful intro before embarking on the near half an hour long journey that is ‘Nostalgia’; a track whose mournful opening acoustic guitar melodies sound out unhurriedly with a subtle amount of piano and bass accompaniment that eventually leads into some Dark Ambient harmonies. It isn’t until ‘A Snow That Never Ends’ kicks in, more than half an hour into the album, that we get our first glimpse of Black Metal; a simple guitar lead and drum combination that plods along quietly whilst anguished vocals struggle to free themselves from the mix. It is somewhat poorly mastered although the overall effect has a sneaking, serpentine quality that doesn’t lack for charm.

Where ‘Blissful Escapism’ really comes into its own is through tracks such as the slightly noise influenced Dark Ambient piece that gives this album its name. Its a haunting reverie created and crafted well and flows along serenely despite the gloom of its atmosphere. Does this album suffer for its extreme time length? A little yes, but that doesn’t make it not worth a listen. Whilst the Black Metal elements are simple and lo-fi, the Dark Ambient and acoustic sections more than make up for it. Its background music, but certainly interesting.