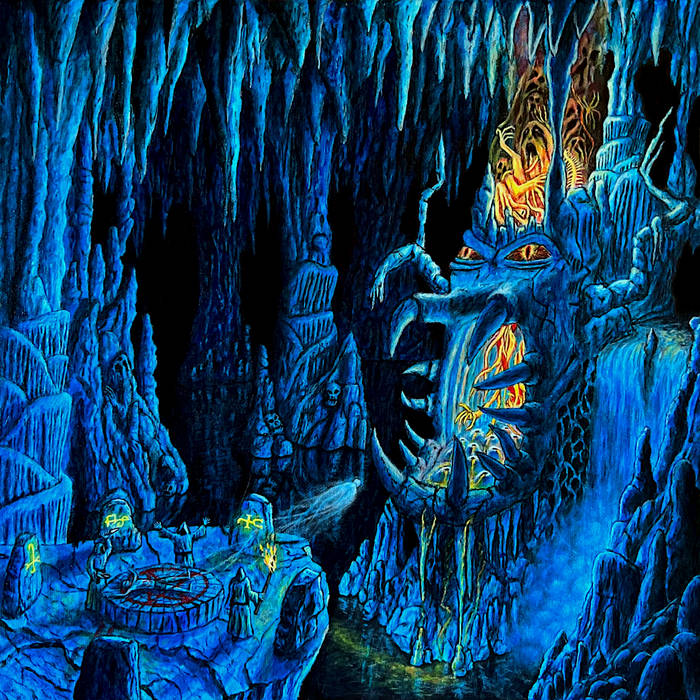 May 2022 saw the continuation of the reign of The Dark Overlords, the mysterious and all powerful Danish triumvirate who wowed us with their debut EP back in 2021. A couple of interesting progressions on the surface of things when it comes to the bands sophomoric EP release ‘Darkpocalypse’. Firstly the artwork is of a much higher calibre, and also despite still being a digital only release, this EP comes with label backing from German company Uprising! Records.

Five tracks as opposed to the three on the debut, starting with the title track as an introduction that uses savage riffs, wandering guitar leads and climactic drumming to build hype before leading into the first track proper, ‘Ritus Dæmonius’; a blazingly fast and heavy track with the same dual vocal approach as demonstrated on their debut, but a much more colossal sound to the drums and a more chaotic approach than anything the band have unleashed previously. There is also a new demonic edge to the bands sound that was not present before. Despite more time given to the more technical element of the guitars, and the bleak melodic undercurrent of the track, ‘Sacrificial Chamber’ whilst not as frantic or frenetic as the previous track, still managed to increase the brutality of the EP. And the same can be said of ‘Soul Taker’, whose dominant sound has the same rhythmic streak running through its core, but openly displays its teeth with a blistering drumming performance as well as powerful vocal hostility.

Another statement of intent for the closing track ‘The Ladder Of Your Demise’. This EP is definitely a progression in terms of songcraft and musicianship when compared with the bands debut. Don’t forget! All hail The Dark Overlords. (And don’t go outside)