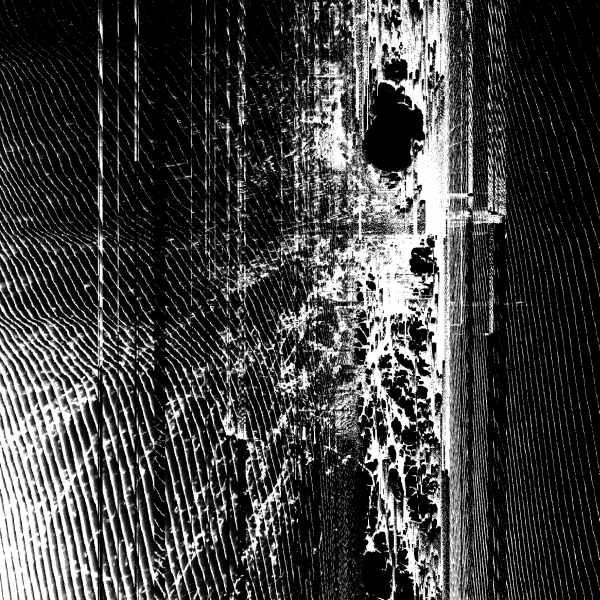 This is the singular phrase used to describe Starless Domain’s sophomore effort, “ALMA,” according to the album’s Bandcamp page. And, for an Atmospheric/Ambient/Experimental Black Metal band with a keen interest in the cosmos, I can’t think of a descriptor that could be more fitting. Pushing their “Deep Field Black Metal” into uncharted territories, Starless Domain have easily upped the ante by crafting an unsettling, yet oddly meditative, album that explores the vast nothingness that lies beyond deep space.

When one imagines what a void must be like, the first thought that comes to my mind is the color black. Just pure blackness, as far as the eye can see, no matter which direction you look. Much like the band’s namesake, it’s a darkness so complete that not even a bright and shining star could penetrate its territory. And, while that image may not necessarily be “scary,” I can only wonder what kind of havoc it could wreak upon the fragile mind the unknowingly enters this forbidden zone. If Starless Domain’s first album, “EOS,” sounds like the fringes of deep space, then “ALMA” interprets what lies just beyond those boundaries. It’s the unimaginable emptiness that this album explores and reflects upon. It’s through this journey that we’re treated to what’s become Starless Domain’s signature sound: lost and forlorn shrieks, deep bellows, fast yet stable riffs that provide a sense of escalation that’s juxtaposed with soft, synth interludes that help guide the listener from one movement to the next.

“ALMA,” much like its predecessor, can be a challenging listen at times. Its single track clocks in at roughly 45 minutes, which is a length that may turn some listeners off. But, while many long-form Black Metal compositions tend to collapse under the weight of its needlessly complicated cacophony, Starless Domain again have crafted an album that’s surprisingly consistent, patterned, and spellbinding. It may seem a bit daunting at first, but once you take the leap you’ll recognize just how rewarding “ALMA” can be. Much like their previous release, this one comes highly recommended for any stargazing Black Metal fan looking for something a bit more challenging. (Sam Cooper)