Stabat Mater – Treason By The Son Of Man 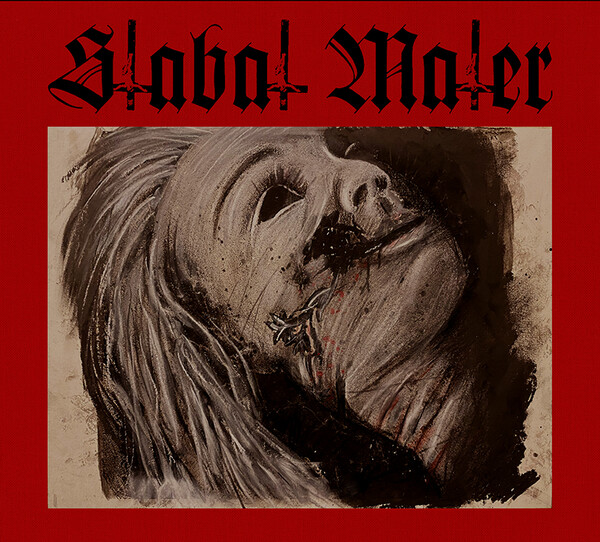 One of the leading and most prolific figures of the Finnish underground extreme metal scene is definitely Mikko Aspa. With his anti-Semitic views and expressions, pornographic magazines and films (of a perverse and often illegal nature), he is not only a prominent figure, but also controversial. Yet chances are that the average reader of VM-Underground has something of his (or her) collection of Aspa. After all, he owns several labels, of which Northern Heritage Records is the best known and is the musical mastermind behind Clandestine Blaze and an active member of Deathspell Omega. However, he also has numerous lesser-known musical projects in various styles of music, from Porno Grind (Creamface) to Power Electronics (Grunt) and from Sludge (A.M.) to Drone (D.O.M.). And he also single-handedly directs this Stabat Mater, pouring a new serving of Funeral Doom Metal over us with an album that was released last year but recently finally got its vinyl reissue.

In the early 00’s, Mikko Aspa shared some releases with two of the most renowned acts from the Funeral Doom scene: Mournful Congregation (split 7″) and Worship (split 10″), both issued via the amazing but sadly defunct Belgian Painiac Records aswell as a split tape with Bunkur and Malasangre, among others. A little later these were followed by a split LP with his own A.M., also through Painiac Records. After that, things got a little quieter until the self-titled debut album was released in 2009. Although the Funeral Doom genre was never very big, there was an increased interest in it during these early-to-mid 00’s. It were those years that many bands came out with their best or most intriguing albums, be it Mournful Congregation, Evoken, Esoteric or Tyranny.

While Stabat Mater still seemed to keep up just fine in its early days, by the time the debut album was released in 2009, that was much less the case. The limited musical ingenuity and depth of Stabat Mater has started to play tricks on a genre that is already not full of innovation or musical freedom. Increasingly, Stabat Mater seems to be losing relevance. And as we listen to this sophomore album, thirteen years later, this has become all the more obvious. The slightly Stoner-like sound of the guitars and the ugly (slightly distorted) vocals do not exactly invite. What is also clear is that Funeral Doom really doesn’t just consist of slow playing. It is much more than that. If you listen to Worship’s ‘Last … Before Doomsday’, the undisputed pinnacle of the genre, you will hear how tension and emotion is built with the most minimal means to eventually converge into an all-destroying misanthropy. At no point on ‘Treason By The Son Of Man’ is this the case. The three long songs on this two album are at times downright boring and incredibly tough to get through. The listener’s attention isn’t grabbed or held for more than a few minutes, in fact the attention drifts off so quickly that it eventually becomes more of a monotonous background hum.

Times have changed, the Funeral Doom genre is pretty much dead at the moment with only a handful of bands showing relevance. It is a musical style very dear to my heart, but I am struggling to name the best Funeral Doom records of the past decade. ‘Treason By The Son Of Man’, as you might have guessed, is certainly not one of them. On the contrary, this is more proof of the proposition I started this paragraph with. Personally, I’d rather have Aspa concentrating on his work with the amazing Clandestine Blaze and Deathspell Omega.