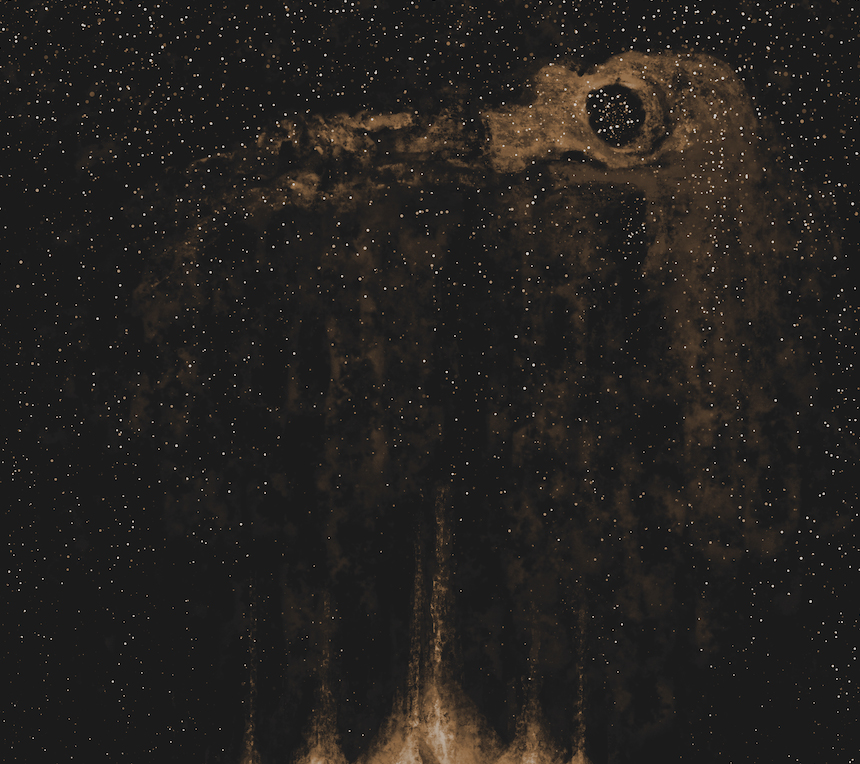 It’s hard to imagine Finnish Black Metal as we know it without Beherit. But while the pioneering band inspired countless of musicians during the early wave of Black Metal, bands that closely replicate their unique take on the music style are less common. However, occasionally a band pops up that takes the influences drawn out by them more directly and succesfully. And leave it to Northern Heritage to pick up these gems.

The band in question is  Apogeion, a Finnish duo formed in 2015 that present their first release in the shape of their debut album ‘Astrolatria I: Initiatio’. A lot of the material on their first recording is heavily inspired by Beherit’s primeval Black Metal masterpiece ‘Drawing Down the Moon’: from the thick, bass-heavy sound, to the brooding slow parts, the bursts of rage and the gurgling reverb-laden vocals. But Apogeion also blends in a large part of the sound of another Finnish band, namely Clandestine Blaze. In particular a resemblance to the classic album ‘Fist of the Northern Destroyer’ comes to mind. Clandestine Blaze has always had reasonable overlap in sound with Beherit, so needless to say the two go well together. Apogeion’s pace often resorts in the faster regions, but the slow to midtempo, droning passages are used with great effect. These near-Doom Metal riffs are often accompanied with spacey keys, adding to the brooding atmosphere of the album. ‘III. Vultur Cadens i. e. Wega’ and ‘IV. Alchameth i. e. Arcturus’ are two excellent examples of how the band blends this into a highly convincing sound that honors old traditions yet sounds fresh and fairly unique. Especially in the latter song, slower hypnotizing sections and wild breaks with delicious vocal reverb create an excellent otherworldly experience. Final track ‘V. Cauda Capricorni i. e. Deneb Algedi’ is also worth mentioning as a slightly atypical track which provides with a distinctly alienating and droning experience. It’s a great way to end an excellent album on a high note.

‘Astrolatria I: Initiatio’ is the first part of a trilogy. With the material offered on the debut, Apogeion shows themselves as a band that honours the traditional Finnish Black Metal values of Beherit and Clandestine Blaze and blends them into something I’m eagerly looking forward to hearing more of!