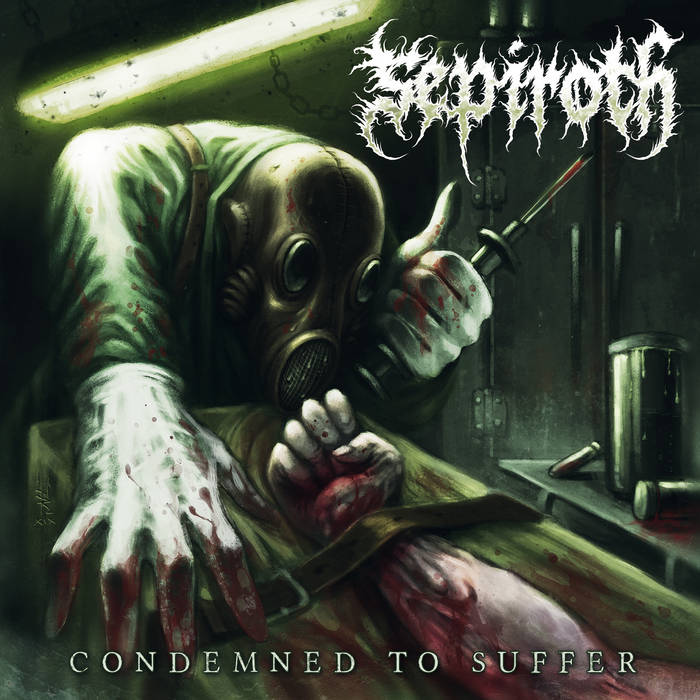 Dutch Death Metal band Sepiroth released their third full length album back in 2021. ‘Condemned to Suffer’ came six years after their second release ‘Uninvolved’, which in turn came six years after their debut album, ‘Breaking the Codes of Silence’. I’m sensing a pattern here and I’ll guess we’ll see Sepiroth again in 2027. ‘Condemned to Suffer’ was released on all formats through label Petrichor.

A short intro aside, Sepiroth are fast on the trigger when it comes to breezing into the brutality. Choppy, chugging riffs, direct, powerful drumming and a savage bass tone or two are the order of the day whilst being accompanied by a side order of growled and fearsome vocals. First song proper ‘Embedded Defects’ showcases a band who are about more than just brutality though. The Dutch quintet have a methodical and technical sound in places, so their style oscillates between stubborn, unruly battering and almost mechanical and precise heaviness. Not only that, but they even take the time to add in a few groove drenched passages, meaning that from one moment to the next you are never truly sure where the band will take you too next!

I usually like my Death Metal to be on the dark and brooding side, with lots of slower passages to really set the cave dwelling juices flowing. This album isn’t like that at all but I can’t help but enjoy and respect the sheer savagery that tracks such as ‘Agonizing Subjection’ in particular manage to dish out. Six years is a long time to wait for a band to release an album when you really dig their style, and so I can only hope that Sepiroth break their cycle and deliver unto us another bout of marauding brutality sometime before 2027.