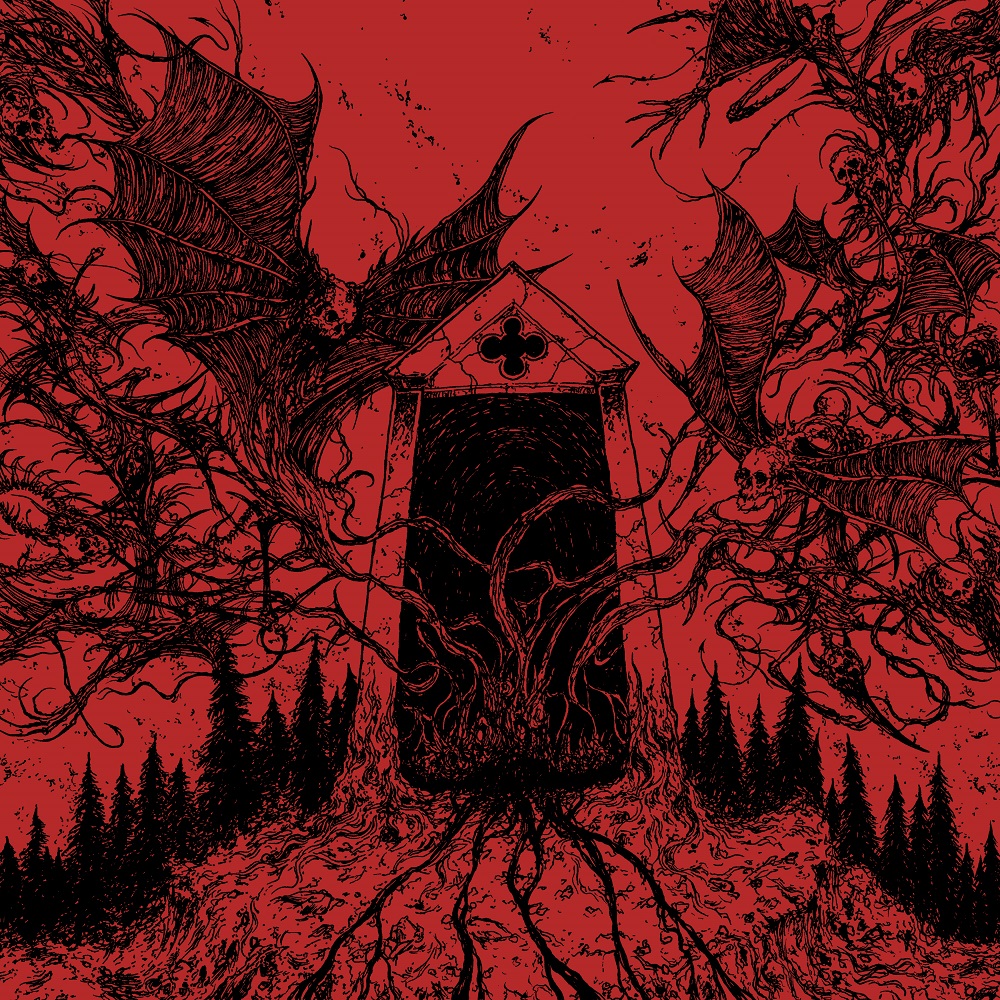 How can you describe Necrostrigis in one word? The one I would use would be “archaic”. But in a good way. Necrostrigis is a band that plays old, archaic, dirty Black Metal without looking at anybody. The band is active for the last 10 years and so far, they did plethora of demos, splits & Eps and only one full LP. This is another compilation in their discography so that’s another occasion for maniacs to dive deep into Necrostrigis’ music.

Of course, if you like more modern sounding Black Metal with a perfect production…then go away, you won’t find anything here for yourself. This band plays Black Metal in one (right) way, without keyboards making very raw music reminding the glorious days of the 90’s. Everything sounds here like it was recorded in one go without hundred takes to make perfect passages or solos. Typical old school screams, mostly in Polish, don’t have single effect on them but still they sound like a patient from High Secure Mental Hospital on a killing rampage with an axe in a nearby village.

Percussion is raw as hell, reminding of old equipment that almost everybody had in their basement. I wouldn’t be surprised if most of the tracks were recorded in one take. The best thing is, that it doesn’t matter. The music is played with such passion and intensity that I willingly went with the flow of it. Of course, it’s not some kind of monumental album and I think that the authors of it didn’t want to achieve anything more than a homage to old way of Black Metal. And in that, they achieved almost perfection. I could write more about it, but most of it you already have read in similar praises (or the opposite) for this approach to Black Metal in countless reviews. You know what to expect from projects like that, so if you’re not into this kind of Black Metal, this compilation won’t change your mind.

The structure of this compilation isn’t typical also, how deeper you go into the compilation the rawer music you get. Which is quite interesting approach as most of the compilation tend to go opposite way, giving us older tracks at the beginning. But strangely enough it suits it perfectly.

I think whoever is deep inside the underground already have it in its collection, or possibly like me, he has previous tapes and vinyl’s and this new compilation as well (even if it’s just for awesome cover with “bats” on it – yes, that’s me). I will gladly take that piece of music and hide deep inside my basement to listen to it and I urge you…do the same, and maybe you will never want to get out of that old, stinky, mouldy and dark basement ever again. (Sulphur)