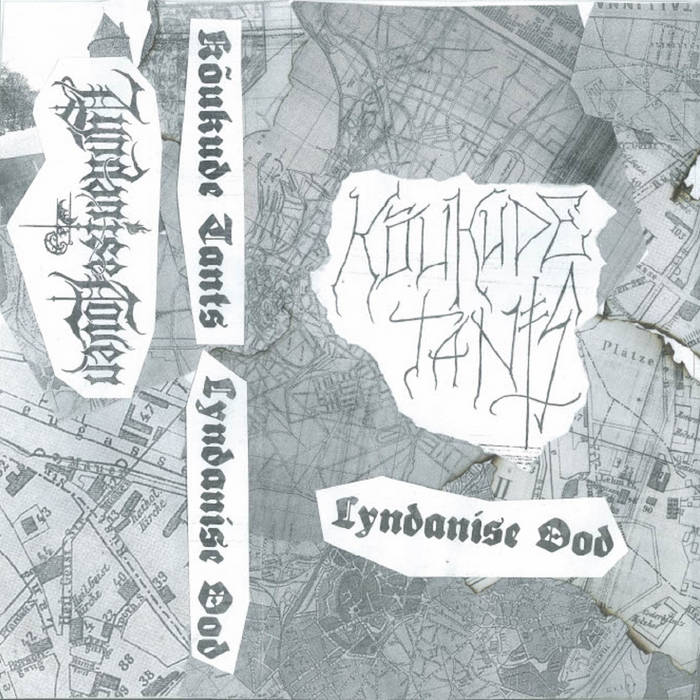 Estonian Black Metal duo Oraat Von Talyna and Presbüter, collectively known as Kõukude Tants, are quite possibly one pallbearer short of a funeral. Their debut EP, entitled ‘Lyndanise Ood’, is as close to outright lunacy as music gets. Vocally unhinged, guitar leads hypnotic, unbalanced and downright odd, all in equal measures, there is a rampant sense of degeneracy about the whole damn thing! Funnily enough, I rather think that this was the effect they were going for. I’m sure during the title track they use the clink and clatter of bottles to bolster their percussion. I’d say the real touch of madness about this EP is the vocals, which thanks to a manic delivery style, and quite possibly the Estonian language keeps you sat on edge throughout.

mental mayhem aside, I’m a big fan of the drumming display on show during this Ep which oscillates between chaotic carnage and a sheer wall of noise. Also impressive are the guitar leads which whilst usually hell bent on heaviness also have some very atmospheric passages, whilst slower tracks such as ‘Klaasikillud ja tulised haavlid’ are straight up anguish laden Black Metal savagery. It’s an EP that is difficult to like at first but as it progresses you’ll find yourself warming to it. It certainly never stagnates and there is always some little shift in tempo and rise and fall in heaviness or madness that will keep you engaged throughout. (Luke Hayhurst)