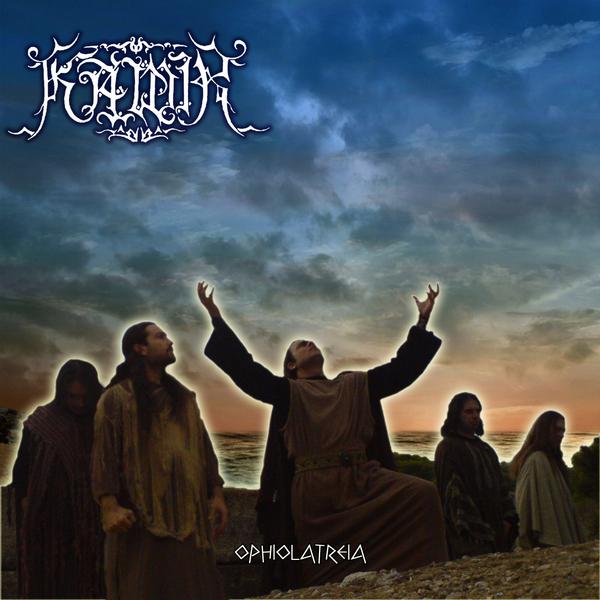 Black Metal from Greece or Hellenic Black metal if you will. When you hear or read a line like that, bands like Rotting Christ, Varathron, Necromantia will probably come to mind within a split second. And when you dig a bit further Deviser, Nocternity, Macabre Omen, Zemial and Agatus will follow. And some will scream Kawir as well. Although not the most well known of the whole bunch, the band has been releasing tapes, 7”s and albums since 1993.

As with most of the Hellenic scene in the beginning of the 1990’s, atmosphere is quite an important factor for their black metal and Kawir is no exception with their Pagan approach. Majestic yet raw would be a nice way to describe this album. Within that description you can expect a folky touch due the presence of acoustic guitars and flutes. The majestic part is definitely the result of the use of the keyboard on “Ophiolatreia” but the whole album still has a raw edge due the riffs. “Ares (The God of War)” is quite a good example of it. But to be honest, with a title like that, it’s impossible to keep the riffs mellow.

Do not expect a new “Thy Mighty Contract” or “His Majesty at the Swamp”, those are classicks in the specific style, but do expect a good Hellenic Occult Pagan Black Metal album. Almost a little brother of the Greeks gods Erebos (Darkness) and Tartaros (The Underworld)… (Ricardo)