In Pain – The Thing From The Grave 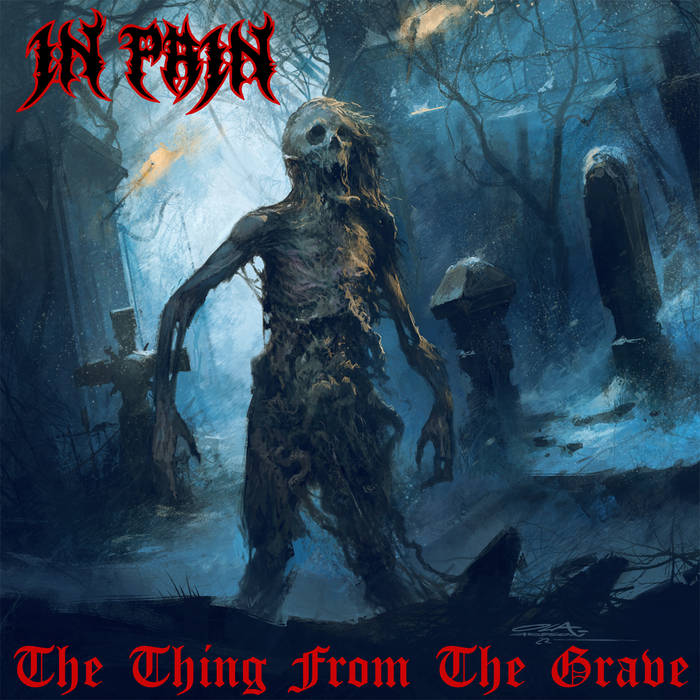 Being amongst the bands that were in the first batch of Swedish Death Metal bands from around the 90’s, In Pain were never really able to get their party started. They released two demos in the first few years of their existence but folded shortly after releasing their last demo in 1994. But blood creeps where it can’t go, as the band reunited in 1998 but again they were not the biggest partygoers of the scene. It took them until 2015 before they cranked out their first EP.

Now, again a few later, we’re talking about their second full-length album, ‘The Thing From The Grave’. So, that new line-up definitely helped the guys to get things going a little smoother. Just like their debut album, this follow-up is filled to the brim with Swedish sounding Death Metal riffs, up-beat rhythms and throaty vocals. But, unfortunately, it is not all that great. Listening through ‘The Thing From The Grave’ is quite enjoyable, but it never gets any wings. It will make you nod along to it, but it is impossible to mention any highlights. It is basically a bit like Paganizer, not all that bad, but definitely not top of the league material. The rather flat production makes it sound rather bland too, which makes a comparison to Rogga Johansson’s work even more apt. To top it off, 40 minutes is just a tad long if you are not able to present anything that makes for a lasting impression. While I don’t want to take away or criticise anyone’s right to exist, In Pain will most likely remain snowed under among the much better and more interesting Death Metal violence coming out these days. Honestly, the title of this album just seems to personify the band, that thing from the grave.