Neptunian Sun – The Black Light That Blinds Us 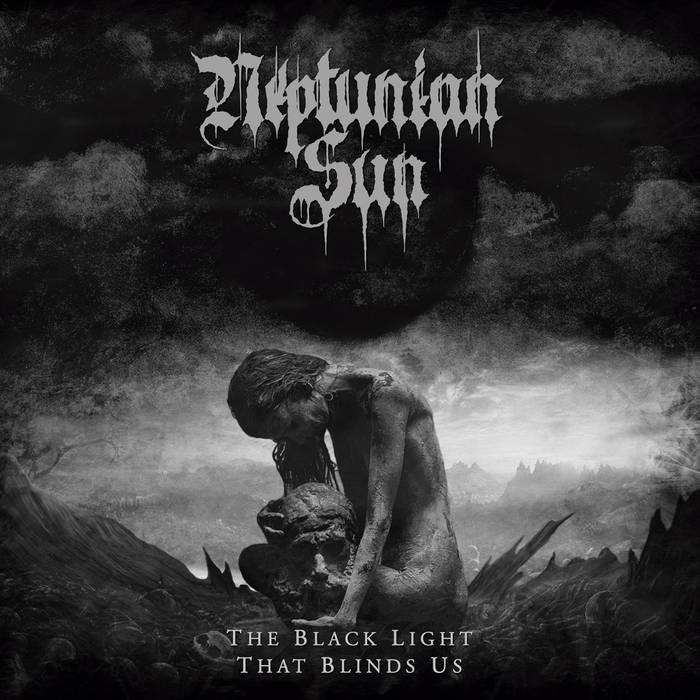 After their 2014 instrumental and carefully more simple black doom-oriented release, “Summoning Tides”, this year Neptunian Sun treated us with “The Black Light that Blinds us” and used vocals for the first time. They went more dark and  aggressive, building the record on a black metal base while sticking to the doom sound from before.

“The Black Light that Blinds Us” is a fine piece of common repetitive-minor-chord-trem-picking black metal with a touch of doom and some groovy riffs. I liked their play with chanting, echo-like vocals because for once I didn’t find them cliche or cringy. About the sound as a whole: they show the audience they are up to date with what’s going on in the scene, playing safe and taking the best from their self-stated influences: Mgla, Mantar, Wolves in the Throne Room, early Alcest, Ahab and others.

Still, they write their music on their own, using miserable human behaviours for their main motive of inspiration. You can see it on the album artwork, too –  it paints a picture of Neptunian Sun’s thoughts about the state of modern world;  in touch with the message of the music itself. It’s a tale of betrayal, false attitudes, depression, absence of criticism expressed musically.

They show skill in making and playing music and, as their Bandcamp bio says, “like to create, no matter what music – if [they] like it, [they] enjoy it”. They do have only two records for now, but maybe we can assume they will be going more out of their box with each one they produce in the future. “It’s a product of passion, teamwork and long-time dedication”, said the guys who seem to be having a good time –  I’d also like to give a listen to the stuff that’s to come from Neptunian Sun. (Lana)