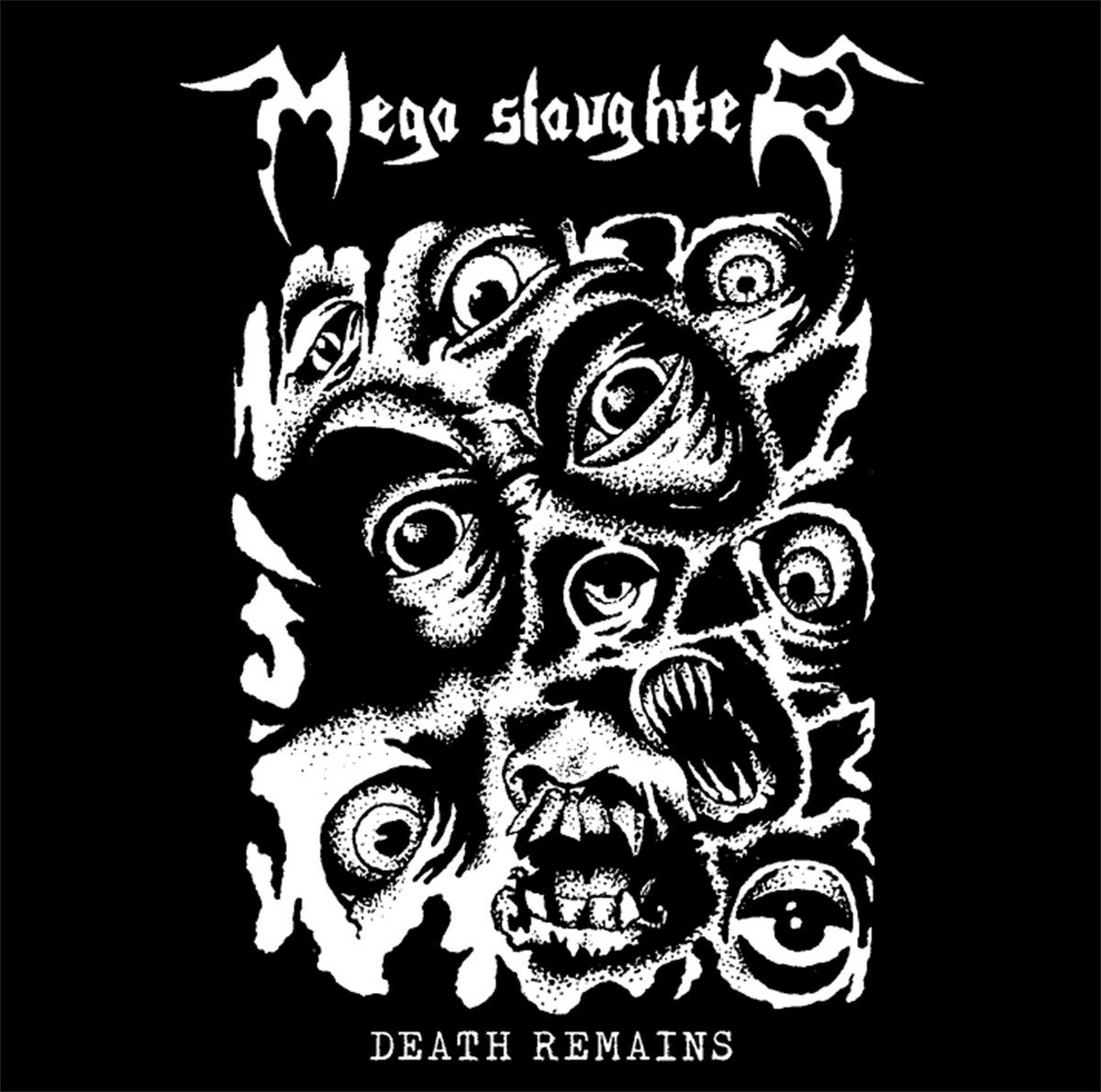 To this day, albums and demos from the early 90’s are still re-released or unearthed from moldy cassette graveyards. Releases of bands that were forgotten, or never quite made it to wider audiences. One such band was Megaslaughter. The band started in Gothenburg as early as 1987 under the name of Din Loyd. For reference, this was the same year that the legendary Nihilist was formed, and a year before the formation of Grave, Carnage and Grotesque, amongst others. Din Loyd didn’t last long, and the band changed their name to Megaslaughter in 1988. Unlike a lot of the other bands from the scene, Megaslaughter took their time before the release of their demos. The in 1989 released ‘Negative Bitch’ demo, which is not included in this ‘Death Remains – The Demos 90-91’ release, came rather late, after Nihilist had already split into Entombed and Unleashed, Grave had released two demos and Carnage was on its way as well. And when you realize that the first proper Megaslaughter demo, ‘Death Remains’, wasn’t released until 1990, it’s easy to see Megaslaughter how missed the earliest wave and instead were left running after the rest of the scene. But there are other reasons why Megaslaughter was nearly forgotten. And one of those is: they didn’t sound very Swedish at all.

The first three tracks of the compilation were originally released as the ‘Death Remains’ demo. These songs are incredibly crude and plain, not so much in style but more so in playing quality as it’s clear the band members are still mastering their instruments. Musically the band was at best average at the time of the demo release, mixing a bit of British bands like Paradise Lost and vague hints of Bolt Thrower with early American Death Metal giants, Autopsy and Obituary. It’s charming in a primitive way, but I can see why the demo didn’t gain them a place in the spotlight. Then again, it’s not as if all the demos at that time were of a Nihilist level, and it did land them a record deal.

The other demo on this compilation is the 1991 demo ‘Demo 91’, which was released after the band’s debut album. And the difference between the two demos is pretty staggering. The band developed their musical abilities greatly, and ‘Demo 91’ sounds so much tighter and more creative. The sound is a bit more sterile and far away from the buzz-saw trademark Swedish sound. Musically, the band has developed leaps and bounds as well, still taking those very American influences but making this a bit more technical, playing with rhythms and trading in the typical grunts for less guttural vocals. In a way it’s like a primeval version of Morbid Angel, although far from that quality.

In a scene that exploded onto the international stage, Megaslaughter was a minor player that never got that much attention. The band eventually split up in 1992. Listening back this compilation, it’s interesting to find a band that in a scene with such a typical sound defied it all. It may have cost them a ride on the wave of Swedish Death Metal, but they left us with one crude and one pretty interesting demo. Gone, but not entirely forgotten, thanks to the re-release of their demos (and album) courtesy of To The Death Records.