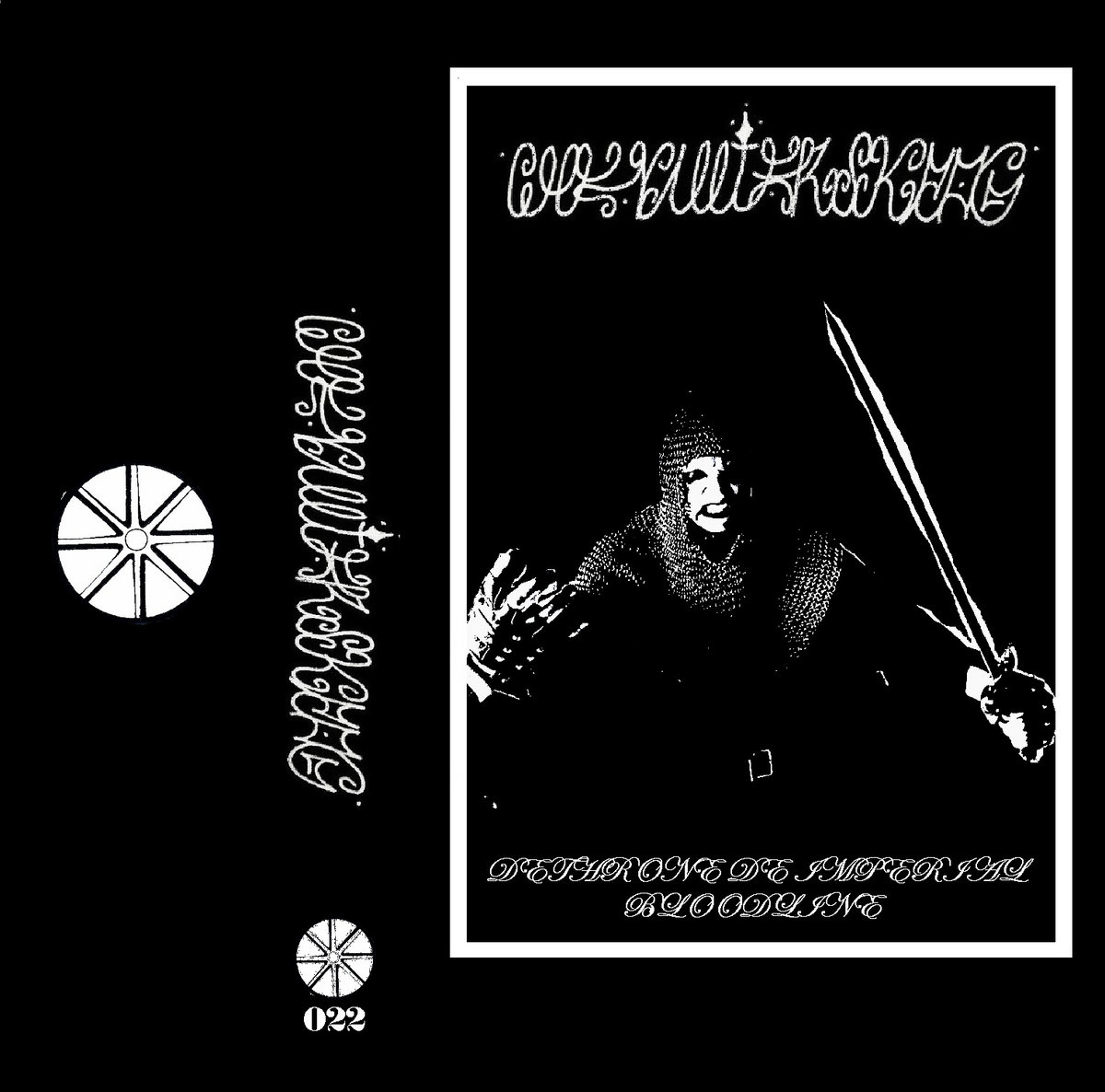 Through the split tape with Kūka’ilimoku, I recently got to know Czech one-man Black Metal act Chevallier Skrog. This Swedish-based act had a few releases out before the aforementioned split tape, but none of these ever reached my ears yet. Most of those releases came out via the band’s own Pant Y Meddygon-label, but it also collaborated with labels such as Legion Blotan and Goatowarex.

The bawdy and gritty sound I heard on the split with Kūka’ilimoku also resonates on this album. On ‘Dethrone De Imperial Bloodline’, Chevallier Skrog does seem to tackle a conventional subject matter, something that is also ventilated via the cover art, but musically Chevallier Skrog is anything but traditional. The eerie-sounding Black Metal is of a very minimalist nature and laced with equally minimal early 80’s Punk. The two styles melt well together and with the sandpaper-like production, comparisons with a band like Ildjarn do not come out of the blue. Despite the fact that different songs do stand out, they are all lumped together and released under one and the same title, ‘Untitled Battle’; meaning that ‘Dethrone De Imperial Bloodline’ comes across as something of a 30-minute rough sounding medley. Something MBN, the man behind Chevallier Skrog, incidentally describes himself as ‘Raw Anti Noble Man Crusade’. Whatever that really means. The closing tones are reserved for a strange but interesting outro consisting of a somewhat Eastern-sounding folk, with a stringed instrument that I can’t quite place, drums and tambourine. All in all, this is an album that is definitely worthwhile for anyone who prefers their Black Metal with raw, driving, rocking, minimalist and punk-like riffs and ditto sound. This is not occult, multi-layered or sophisticated Black Metal, but rather regressive Black Metal with primitive primal forces.

This cassette tape comes in two versions, one with black cover (on Pant Y Meddygon) and one with a white cover (on Legion Blotan). The black version seems to be sold out, but the white one is still available at the time of writing. So interested readers know where to turn.