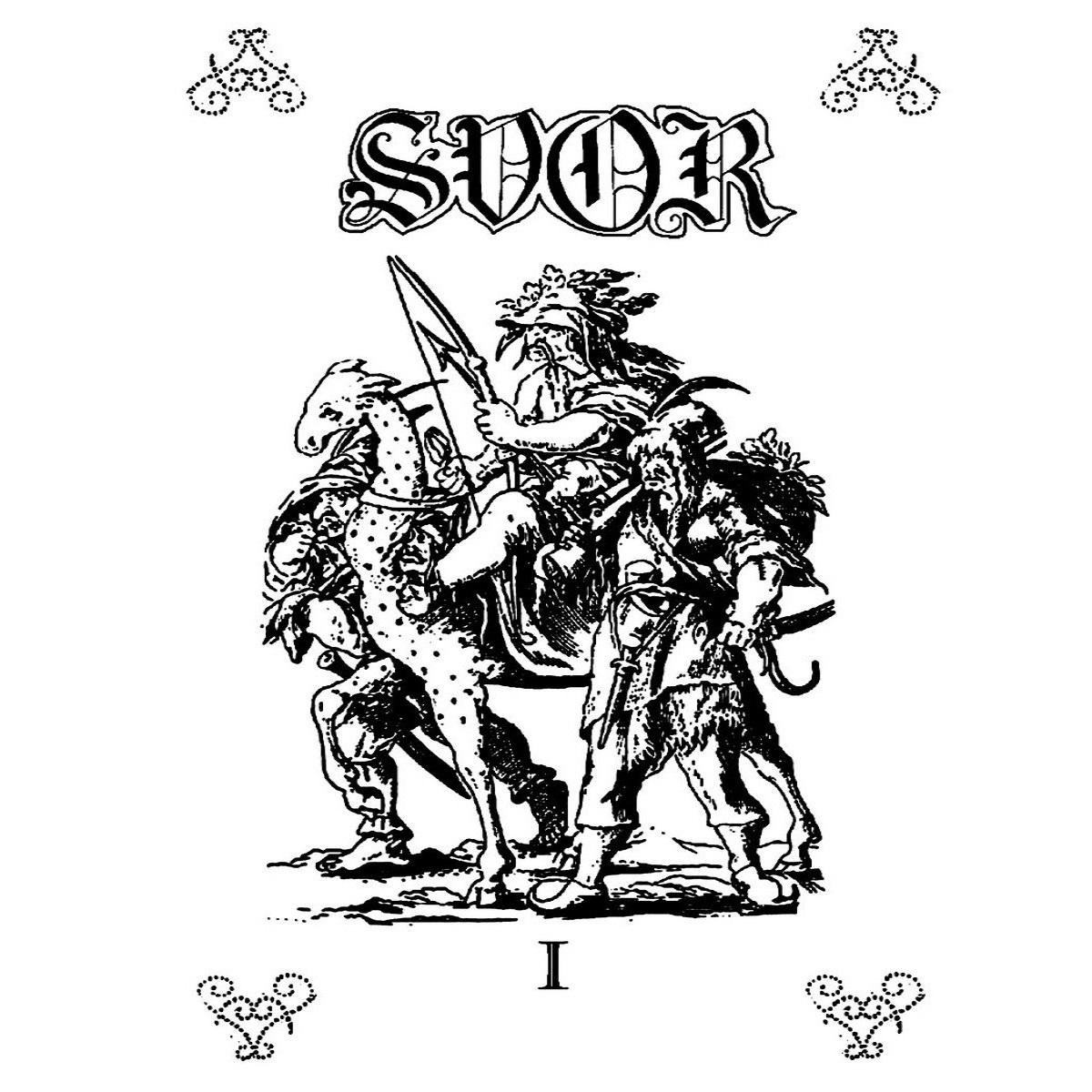 Svor is a new international band by G.P. (George Proctor) from the UK and MBN from the Czech Republic but residing in Sweden. Both are really active figures in the underground (metal) scene. Proctor runs the Legion Blotan Recordings label and has about 18 active bands and projects of which White Medal and Wóddréa Mylenstede are the best known. And MBN is the owner of the underground DIY-label Pant Y Meddygon and active in Chevallier Skrog, which graced the pages of VM-Underground a few times. Together they created this first demo which they released through both of their own imprints.

If you combine raw and primitive Black Metal with equally raw Punk it is hard not to use the comparison with Ildjarn, since that Norwegian act is somewhat of the Godfather of the genre. And Svor is using that same basis for their music, they do add some other elements to the music as well. That means it is not only about Ildjarn, or Haat, Akitsa and Bone Awl, to name a few bands that can be mentioned in the same breath. Svor also adds some sort of early 80’s Noise and Wave elements and some odd sounding samples or electronics. Also the quirky high pitched guitar parts sound like nothing that Ildjarn would ever use, but making Svor sound much like their own creation. Together with all the above elements, the rocking rhythms and steady tempo give the EP a rather quirky sound. This also fits in the back catalogue of both labels, in which you will find little that you can put on during a nice party with coffee and cake. (FelixS)