Bloodrust – A Legacy of Vengeance 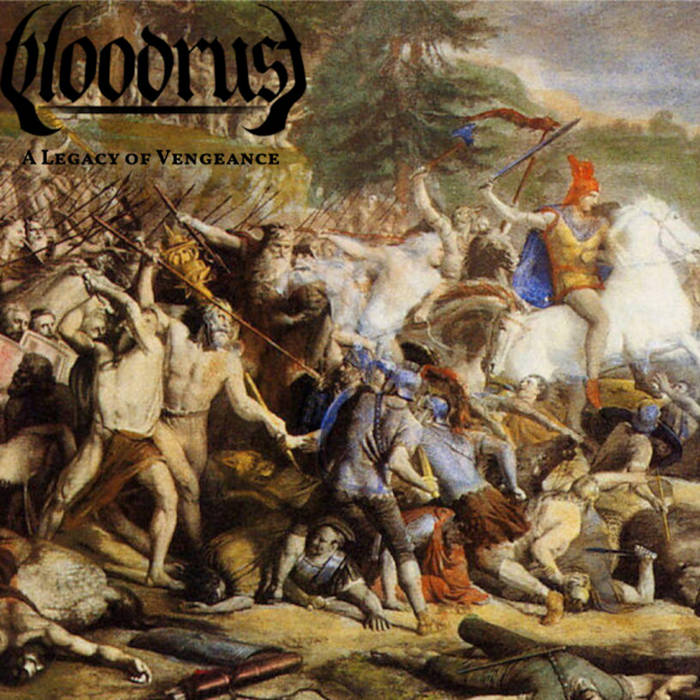 Bloodrust, the only metal band to hail from our furthest flung colony, The Falkland Islands. A one man Death Metal project, Bloodrust last year released a sophomore full length album entitled ‘A Legacy of Vengeance’, released on cassette via Desolate Sound Productions and on CD by Plague Demon Records.

It isn’t just the projects location that is a point of interest. I find the choice of spoken word vocals in a growling style works pretty well and means the lyrics, which often feature topics of war, oppression and death, to be very clear and easy to understand. Not only that, but this style of vocals compliments the mid paced, controlled riffs and drum beats pretty well.

For the most part Bloodrust pumps out thick, chugging riff-age. However, there are some impressive guitar leads and solos thrown into the mixture and the drumming combined with the bass play keeps up a consistent wall of punishing, aggressive noise. The track of the album is ‘Kalkriese’ whose subject matter focuses on the Battle of Teutoburg Forest when the Germanic barbarian hordes fought off three legions of the Imperial Roman army. I love the historic angle, especially as I’m obsessed with Roman history, and the track also showcases Bloodrust at not only it’s punishing best but also it’s most groove laden! As an album I’d say ‘A Legacy of Vengeance’ is sturdy, dependable and powerful, rather than spectacular, but when you consider it was recorded by one man on a far flung wind swept island, it’s damn impressive.