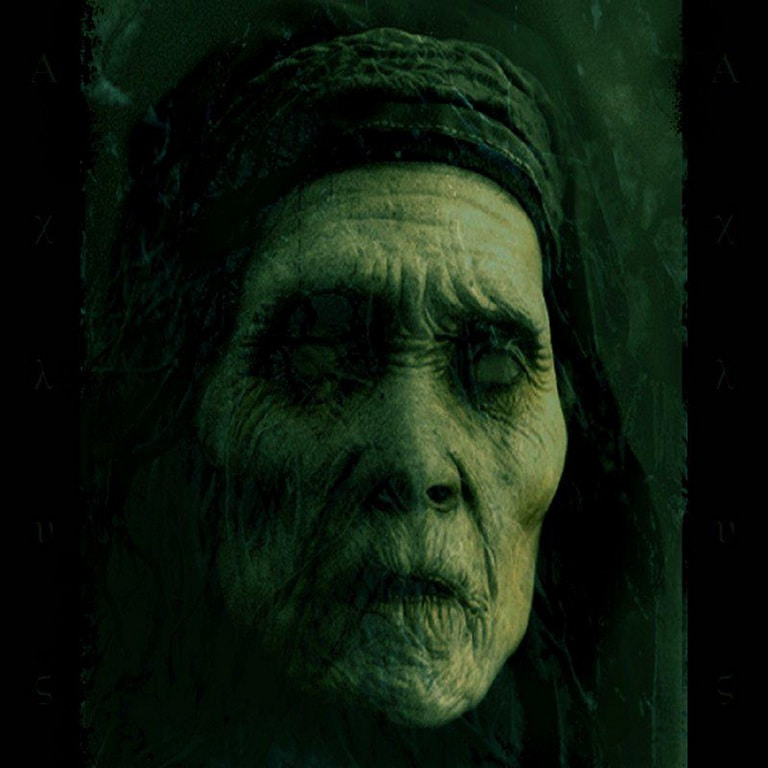 Akhlys have now been around awhile and if the projects name wasn’t a good indicator , this is some dark and twisted stuff you’re about to hear. Akhlys is a project coming from Nightbringer / Bestia Arcana / Aoratos mastermind Naas Alcameth, who has named this one after a primordial greek eternal night (this one actually existed before Chaos), also considered a personification of misery and sadness. ‘Suppuration’ is Akhlys’ demo, originally released in 2009 and now it’s getting a much desired re-release of a strictly limited CD-r, this time also in digipack and vinyl version.

The original one piece initially released on CD-r, which had been over 37 minutes long, is now cut into two lengthy pieces (for practical reasons), yet that doesn’t make it any easier to listen too. From the beginning on it is obvious this is not really so much a music record, but it is in fact an emotional roller-coaster taking you through the most hidden parts of your brain. For over three minutes the first part of the record you’ll hear dissonant tonal strikes combined with muffled sounds of white noise, which will later clear out into church bells combined with the sounds musicians use to bring a scary feeling to a movie scene. This record is based around building up an uneasy, if not frightening atmosphere overall. Even though the feeling gets a bit easier at around six minutes in, the whole album does not become one of those things you listen to pass the time. At around nine minutes first thing resembling vocals can be heard, yet it is almost impossible to understand what kind of vocals those are, as it is clear they have been altered. Through the next minutes  these vocals, sounds of a woman whispering and scary movie scenes music literally fight for your attention, building up the chilling atmosphere even further. Before the end the uneasy church bells return and make this, already uneasy listening even more difficult.

Second part of the creation starts almost at the same motive the previous one stopped (if I haven’t made it clear enough, these two ‘songs’ have been one before they were cut up for practical reasons). Muffled whispering, hidden behind thick layer of unearthly sounds and a faint drum beat in the distance. This might be a strange description for someone, but clearly this is definitely difficult to describe. I can only say if you’re a fan of dark, horror ambient music, you definitely need to try this. (Black Mary)