Warmarshal are an upcoming Death Metal band from India. A year after forming, the band are set to put out their debut release, “To Regain Lost Glory”. The EP is 5 tracks of war themed Death Metal and will appeal to fans of Bolt Thrower and Hail of Bullets. Find out more about the EP, old school death metal and their upcoming gigs in my interview with the band below.
(Peter ‘Trendcrusher’ K.)

Hi guys, you are nearing the release of your debut EP, To Regain Lost Glory. How does it feel?
Soumick : It feels great. Seeing months of work and sleepless nights materialise into something is a feeling that’s kind of hard to explain in words. We have put our heart and soul into this EP. Hopefully it will strike the right chord with the death metal fans of India. Fingers crossed.

For those not familiar with the band. How did you get together?
Debsubhro : Me and Soumick go way back. We used to have a band called Dead Veneration that disbanded when we moved out of Kolkata around 2013. But the yearning to make music was always there. Things started falling into place when we finally managed to move to the same city last year. We started working on some song ideas while looking for a like-minded drummer. Meeting Ankeet was sheer luck. His friend Himanshu saw an ad that Soumick had put up in a Facebook group and connected us. 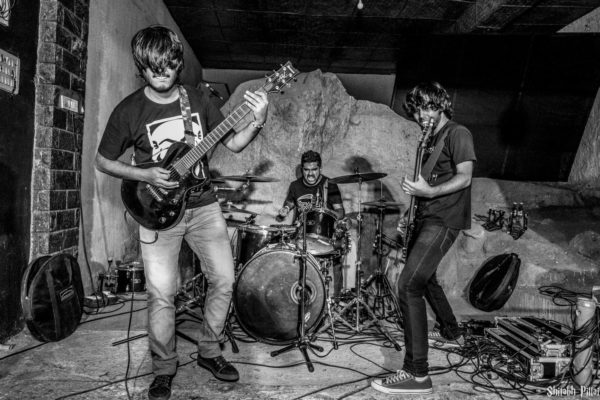 What inspired you to start a death metal band? What about the genre appeals to you?
Debsubhro : The sound appeals to us, and we enjoy playing it. But when we sit down to write we are never consciously trying to create death metal. We just write what comes to us naturally. And speaking of inspiration, there are many. Bands like Obituary, Asphyx, Hail of Bullets, Sepultura, Death, Sodom, to name a few. But there’s one band that has been the biggest source of inspiration and is embedded in the DNA of Warmarshal. Bolt Thrower.

The singles from your Ep To Regain Lost Glory are a nod towards old school death metal. Tell us a bit more about it.
Soumick : Don’t know what to say. We love old school death metal and that’s why we try to play it. The lyrics for ‘…To Regain Lost Glory’ was written by our friend Abhishek Das, who is also an old school fan like us. So his words also had a very gritty 90s death metal vibe, thus the music came out to sound like that. The second single, ‘This Is War’, developed on that sound. The EP as a whole, has its own flow, a continuity, both lyrically and musically. ‘Armageddon Awaits’, the intro track, paves the way for ‘Vanguard’ which is written on those who are first in the line of attack. Then a nod to the snipers on ‘Dragunov SVD’, followed by ‘This is War’ and the title track. Musically, we are heavily inspired from the likes of Bolt Thrower and Obituary, so the listener can expect straight-up-no-frills OSDM. 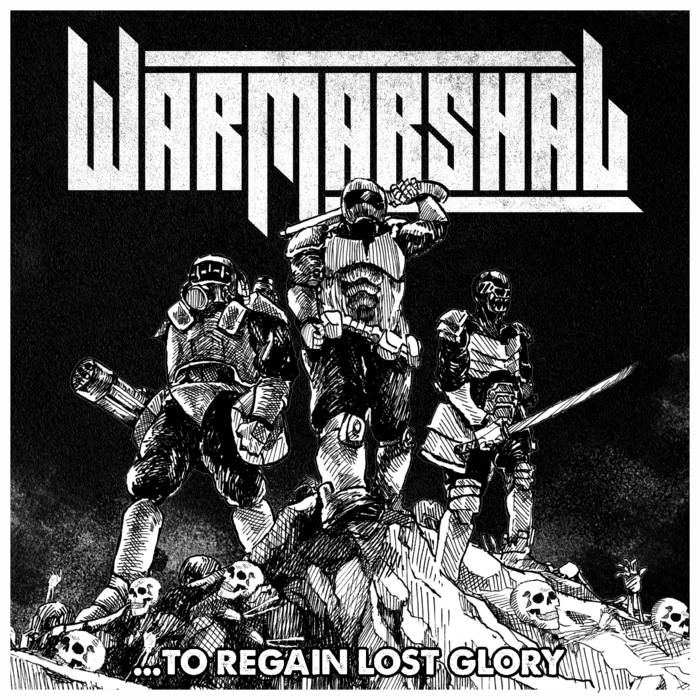 What was the writing process of the album?
Ankeet : There is no formula as such. We start off with a song idea. That might come from reading an article, or a movie, or a book, some event that’s in the news, or even another song. Most of the times we pen down the lyrics, and that helps us picture a structure for the song. Then we start working on riffs and choose the ones that complement the words. After that we start jamming and experiment with different things until we arrive at a place where all three of us are more or less satisfied with what we have. Most importantly we feel like a song is done when we are having fun playing it.

What is currently on your playlist?
Debsubhro : The classics are always there. Sabbath, Slayer, Megadeth, Sepultura, Death, well you get the picture. Metal essentials. Then of course there is Bolt Thrower. We also dig Karl Willets’ new band Memoriam. Gojira is another band we like. Orator from Bangladesh and In Human from Kolkata are two bands that we look up to. So we listen to them a lot. It is kind of a difficult question to answer you know. We are very fickle minded guys. So our playlist keeps changing often.

Do you have any show ups planned in support of the EP release?
Ankeet : We are playing our entire EP at Maximum Carnage on 30th September in Kolkata, and the merchandise would be up for grabs at the gig before the first lot of pre-orders ship. Talks are also going on for another gig. Will announce as soon as the confirmation comes through.

Thanks for answering all our questions. Do you have any final words?
Soumick : A huge shout out to Brijraj for his patience and support and making us a part of his label. Secondly our families and friends, who supported us with food, beer and lulz during this whole creative process. And finally a thank you to you Peter, for having us.