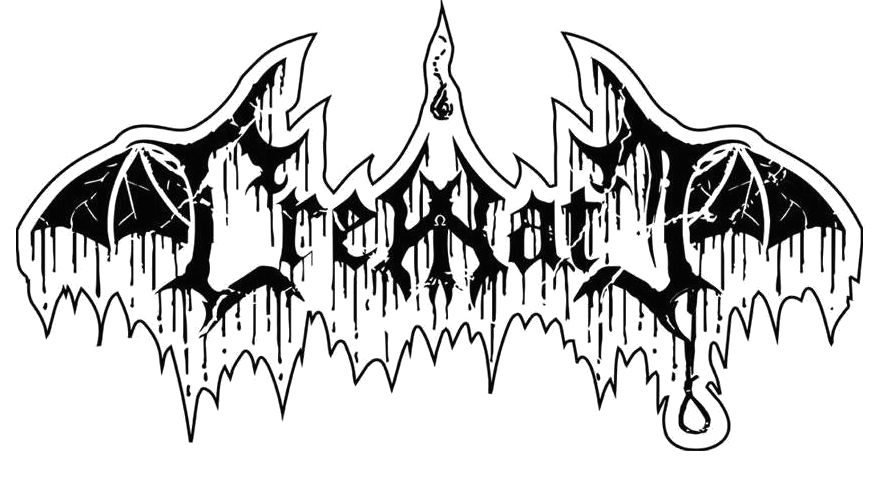 Obscure Death Metal slaughter from the grave! As I mentioned in my review, Cremate from France are describing themselves with this slogan and they aren’t far from it. With a fine demo called “Ripped to Death” they managed to capture the rotten magic and rawness of mid/late 1980s Death Metal in the vein of Sepultura and Nihilist. It’s time to get to know these fine gentlemen… (Ricardo)

Dave: The band was created some years ago during our teenage years by Cam, Max and Tom but it was just about rehearsal and it was not a very serious project. The band was not very active and freezed, in a way. It became serious when they “reformed” the band in 2017, and seeked for another drummer. We are all friends and I knew them for years so I proposed to join the band as a drummer and we started to rehearse and reworked the old songs (that became “Ripped To Death” and “Morbid Disembowelment” on the demo tape).

Cam: Nekrosfera, Doomsower and I are close friends for many years. During our teenage-years We basically lived in the same city and wanted to start a band to play death metal in the vein of old Sepultura, Asphyx, Nihilist etc… The serious stuff started some years after when Dave (who is a close friend too) joining the band as a drummer. At this moment, we couldn’t expect better.

Dave: As death metal maniacs, we always wanted to play that kind of music. The four of us has basically the same influences.

Cam: We first wanted to mix asphyxiating riffs and voxkilling darkness and playing death metal in his purest form. Later, Nekrosfera and I started to add some morbid melodies. Our passion and dedication to music does the magic.

Alright, let’s move on to your fine demo “Ripped to Death”…
Dave: The demo contain two “older” songs (Ripped to Death and Morbid Disembowelment), the Sepultura cover and a newer song we wrote when I joined the band (the eponymous one). It was recorded by Set from Antaeus who is a friend between March and August of last year. Feedbacks on the demo are great as we get a lot of contact when we released it. 100 tapes were pressed and it was sold out pretty quickly.

Cam: Demo was recorded/mixed/produced by mighty Set from Antaeus. We recorded drums part at Pulsar Studio then recording all guitars/vocals at Set’s house. He did a fantastic works and demo sounded better than I expected. Hails Set! I wrote all the lyrics from “Ripped to Death” demo. There is no particular concept or something like that on it. darkness, death et morbidity. The most important is that the lyrics harmonize with our music. We first wanted to play raw and primitive death metal.

Dave: I think the lyrics are important, it’s undoubtely a part of the aura or the identity that a band can have.

I love the Sepultura cover on it, tell me the “why” behind covering “Funeral Rites”.
Cam : Thank you! The choosing of the cover cames naturally. They used to be one of the best bands ever in death/black metal and they really influenced us. They are part of our roots in some ways. Whe recorded the drums at Pulsar Studio within three hours then recording all bass/guitars/vocals in Set’s home.

Now let’s talk about tapes, as you have released the demo in that format…
Cam : Yeah of corpse tape should be the most iconic support for demo’s pressing. We choose to press a very few amount of this to keep the exclusivity of the release. Maybe it would be pressed in a most important amount soon in LP format… we’ll see.

Dave: Of course the media is important, a demo has to be pressed on tape. From my personal point of view, I enjoy analog support, so I like tape. Moreover we are too young so we didn’t knew the tape trading golden years, but we have some respect to that time and in a way, we want to keep that “tradition” alive. We have been contacted by labels for CD reissues mostly but we want to keep the tape as the exclusive support for now.

After the release of the demo, did labels contact you for any further releases? Or would you like to keep it D.I.Y.?
Cam : A couple of label contacted us in the past months, mainly to show interressed for a possible “Ripped to Death” repress. As soon as we have a label to produce our new material I think we will be ready. I am personally a huge fan of SPV records and Iron Bonehead. We also got some great labels in France likes Triumph of Death, Forgotten Wisdom… and of corpse Seasons on Mist!

SPV Records? Didn’t see that one coming to be honest. But as we are talking about any future endeavours…
Cam: Yes. There are new songs actually. I think that their are something different from the demo. You know, sources of inspiration lie everywhere without any boundarie.

Dave: There is a new song already written and played live which is more in the vein of the Cremate song than Ripped To Death or Morbid Disembowelment.

Cam:  You can expect new releases and some hot stuff soon.

Some of you are active in other bands like Deathroned and Funeral Desekrator…
Dave: Deathroned is my first band, I started it with my brother and two friends, we recorded a demo, an EP and a split LP. We used to play raw and speed thrash metal but we are currently inactive.. More news to come later this year.

Let me pick your brain about your favourite releases for a bit. Shoot!
Dave: I don’t like top cause it’s a bit subjective and it can change with time ahaha but here is the All time one: IRON MAIDEN – The Number of the Beast, ENTOMBED – Left Hand Path, EXODUS – Bonded by Blood, KING CRIMSON – The Court of Crimson King, MORBID ANGEL – Altars of Madness.

Thanks for your time!
Cam: UP THE IRONS!