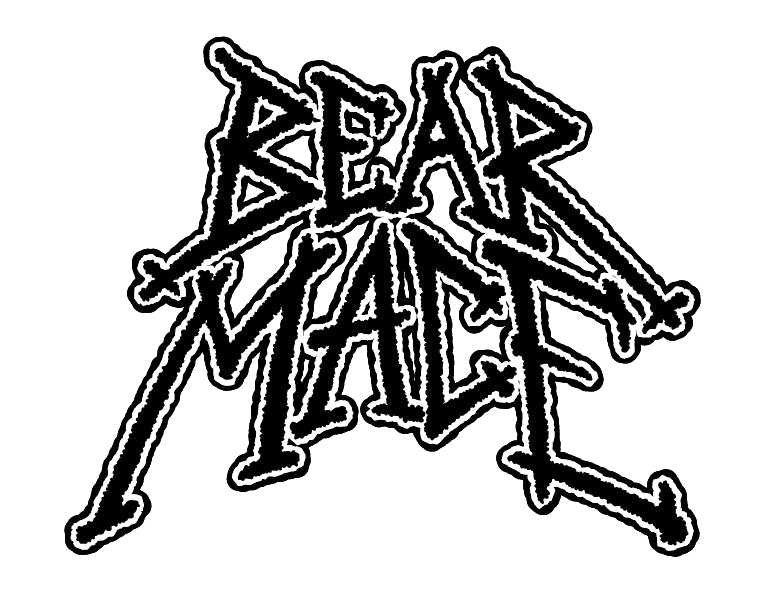 Where were you born and where did you grow up?
I am born and raised in Chicago.

Now what sort of kid were you growing up? Did you have a lot of friends?
Oh, wow. I was kind of a troublemaker as a kid, getting kicked out of school, things like that. I had a few friends but mostly kept to myself, especially once I started playing guitar.

So what event or events led to you coming to playing guitar? Did playing the bass or drums cross your mind at all?
I come from a musical family and played piano a little as a kid, so I had some background there. However, eventually I discovered harder rock and especially metal music, and decided playing guitar would be much more fun. My dad had an old acoustic lying around the house, and I started out on that. I didn’t give any thought to playing another instrument. Bass didn’t seem very interesting to me at the time, and owning a drum set seemed unrealistic. I did take up drums much later on, although I wasn’t exactly good at it.

So now did you ever take lessons or were you self-taught?
I taught myself guitar. No lessons.

Now what sort of kid were you in high school?
Pretty much the same as what I described earlier, just a bit older, haha. By high school, I was very focused on playing guitar, and didn’t have much time for much else, including high school.

Now Chicago is a pretty violent city with lots of murders and such. Have you run into any of those types of problems over the years of being there?
The portrayal of Chicago in the national media is greatly exaggerated. There are some very rough neighbourhoods here, just like anywhere else. However, per capita, Chicago is not more violent than any other major city. We’ve seen a few incidents over the years, but so far, I have not been murdered.

So when did you start to get into music a lot? What were some of the first bands that you liked and are you still a fan of any of those bands today?
By the early 1990s, I was very much obsessed with music. Early on, it was the “heavy” bands that were popular at the time — Motley Crue, Guns N’ Roses, Queensryche, that sort of thing. I soon moved on to Thrash metal and eventually Black Sabbath. I still like all of those bands, to varying degrees. 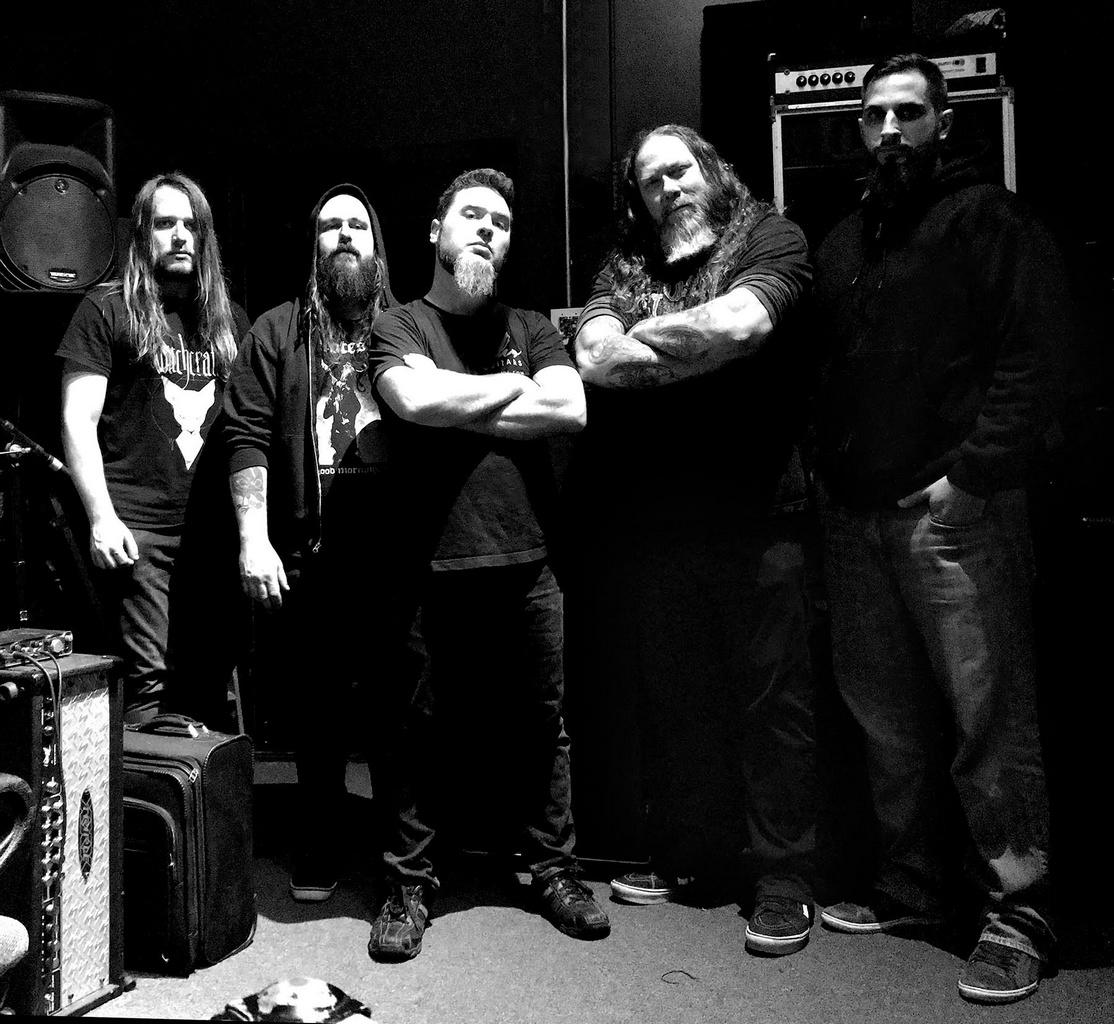 So now did you come to discover the underground side of metal and was it something you got right into or did it take a few listens?
I eventually ended up in bands with people who were into the more underground stuff, and I was introduced to a ton of bands that way. Some of it I liked immediately, some of it took a little longer. I wasn’t a huge Black Metal fan at first, but some of it became hugely influential to me later on, particularly Emperor. I was lucky to have friends who introduced me to Death Metal early on, specifically Death and Morbid Angel. Those bands were what eventually led to my involvement in Bear Mace.

So when did the bug hit you about forming your own band or possibly joining one?
I formed my first “band” when I was 14. We didn’t accomplish very much.

So what happened next with you then?
I just continued to form or join bands, making connections and meeting new people along the way.  These days I split my time between Bear Mace and another band called Black Sites, who are more of an old school metal vibe.

I was gonna ask about that band as you play guitar and sing in that band.
I usually end up singing for the bands I’m in. Bear Mace is the first time I’ve just been the guitarist since I was in high school. However, Chris and I started this band together, and he is unquestionably the right frontman for Bear Mace.

So tell me what event or events led to Bear Mace forming/coming together?
I met Chris at Chicago’s Metal Haven record store (RIP) and got to know him a little. One day, he turned to me and said, “I’d really like to start a death metal band like Massacre or Bolt Thrower.” I thought that would be cool too, so he and I wrote some songs and eventually made a demo together. That became the “Kodiak Killers” cassette that was released a while back.

What about the one off single that came out in May of 2013. Was that sort of a test for the band of sorts?
Haha, I honestly can’t remember what song that was, or why we did that. It might’ve just been something we added on Bandcamp. I’m pretty sure the cassette was out before that.

So in 2014 you released “Kodiak Killers” on cassette. Why on cassette? How did you get in touch with Gypsyblood Records?
GypsyBlood was a cassette-only label run by Stavros from the band Atlas Moth. We were acquainted with him, and as I recall, it was him who offered to put the demo out. Being a new band with nothing to lose, we quickly agreed.

How was it going into the studio for the 1st time to record something (minus the single)? Did you have all the songs ready to go? Looking back what are your thoughts on the release these days?
When we recorded “Butchering The Colossus,” we had everything very prepared. Most of those songs were on the cassette prior to that, and we wrote a few more before we went into the studio. We recorded that whole album pretty much live, with all of us playing in the same room together. It was fun, but also not the most practical way to make an album, and I probably wouldn’t do it again. Looking back on it now, I still like the songs a lot, although I don’t think the recording captures how we really sound or how we’re supposed to sound. I like the new album much better.

Now 3 years later in March of 2017 you released “Butchering the Colossus” on your own. Why so long in between releases? Didn’t you try and find a label to put it out?
We were not even a full band until 2014 or 2015. Before that, we were only two guys, so it took us a while to even find other band members. Most of us were also in other bands too, so that affected our schedules. More importantly, there was no huge demand for a full-length Bear Mace album at the time, so we just worked at our own pace until we were satisfied with the material.

To answer the second question: It’s so easy to put music out independently now, that it did not seem worthwhile to spend a lot of time searching for a record label. It would’ve just delayed things even more, and might have led to us having to compromise the music or artwork. It made more sense to do it ourselves and see what happened.

How did you find the other 2 members to record on it? How was the response to it overall?
Everyone in the band already knew each other, through our other bands or the scene in general. As far as the response to the album, people seemed to enjoy it. It got a good reaction, especially live.

Now have any labels reached out to you about possibly re-issuing it maybe with some bonus tracks? What are your thoughts on the release these days?
We hear from labels occasionally about various ideas, and we’re willing to hear them out. It might be cool to reissue that album someday, although we don’t exactly have a ton of bonus material from that era. At the moment, there are no plans, but who knows?

So were the band playing live much? Do you play live with your other band much? How do you keep the 2 balanced?
Both bands keep the live shows pretty infrequent. Again, a lot of it has to do with scheduling. However, it also helps make the shows special. It’s more of an “event” if it only happens a couple times a year.

Now Chicago used to have a great metal scene band on the 80’s with many bands and clubs. How is the scene out there these days?
From what I’m told, the ’80s were a little different, but there are a lot of great bands here now. Chicago’s Death Metal scene is strong, and there’s a ton of bands playing Doom, Prog, Black Metal, etc. as well. Of course, everything has been shut down as far as live venues, due to Covid-19. It’ll be interesting to see what the scene is like after that situation ends.

Now that brings us to your current release, another one you released on your own, a great release called “Charred Field of Slaughter”. Why did you call it that?
There is a song on the record that’s also called that. We eventually decided it would be a good name for the album. 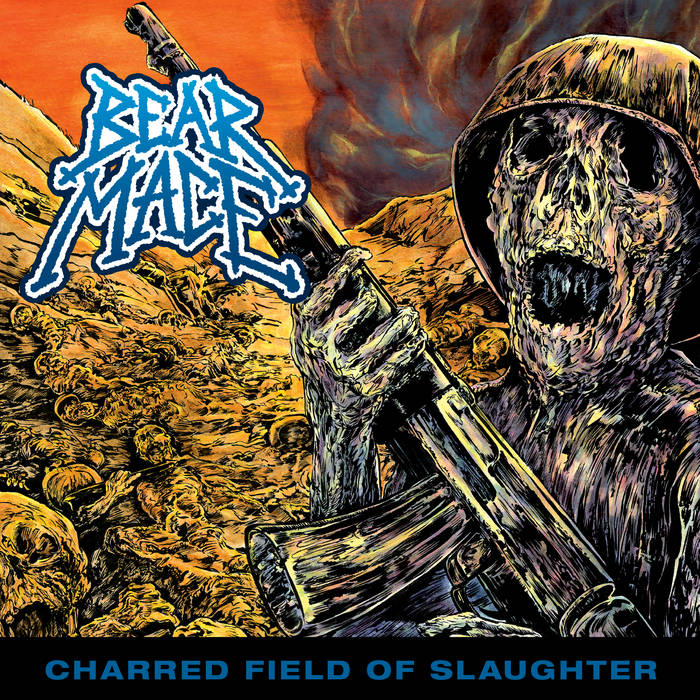 So how long did it take for the songs to come together? What studio did you go to and how long were you in the studio? Did everything go smoothly or were there a few pain in the ass things that went wrong?
We had been working on these songs on and off for the last couple of years. We spent a lot of time tightening them up and making them as good as they could be. The drums were recorded at Mercenary Digital Audio, and the rest of it was recorded at our various homes. I couldn’t say how many days anything specifically took, but the entire process went very quickly and very smoothly. I don’t recall anything being a pain in the ass at all. This was the least drama I’ve ever had making an album, to be honest.

Where did you find John Porada, who plays bass on the new release?
John had been playing in a few other bands with our drummer Garry. When we were looking for a bass player, he was an obvious choice.

So now how did you come up with the name and also how did you come up with the cover and logo for the new release?
The name originated as sort of a joke between Chris and myself. He originally had another name in mind for the band, but when we found out it was already in use, I suggested Bear Mace, and we ended up using it. We later found out that there is also another Bear Mace, but by then we didn’t care. The band’s logo was done by me. The new artwork was drawn by Matt Altieri, formerly of Dawnbringer.

Now for someone who has not heard the band, what would you say you sound like and what do you write about musicwise?
I’d say we sound like classic Death Metal from the early 1990s. That’s been our intention from the start. Lyrically, we have a lot of songs about war, death, and bears. That covers most of it, I think.

Horns up for doing this interview, any last words to say to wrap this up?
Just want to say “thanks” for giving us this space, and tell anyone reading this that our new record dropped on August 14. If you’re a fan of classic Death Metal music, give it a shot.