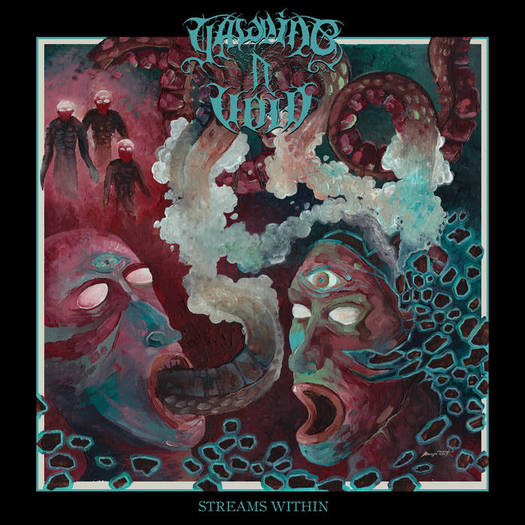 Yawning Void is a Finnish band that calls what they do Black/Doom/Death Metal. Putting the words “Finland” and “Metal” in the same sentence, at least for me, is going to conjure up all sorts of shit. Amorphis, Rippikkoulu, Hooded Menace, Krypts, and on and on we go. Amazing music! Two others that recently entered the realm of my ears are Solothus, and Sepulchral Curse. Solothus has more of a Death/Doom sound, while Sepulchral Curse is more straightforwardly Death Metal, and they have both released excellent albums in 2020 (“Realm of Ash and Blood”, and “Only Ashes Remain”, respectively). What makes these particular albums relevant to a discussion regarding Yawning Void is that both the vocalist (Kari Kankaanpaa, K.T.K.), and guitarist (Aleksi Luukka, A.N.L.) are in all three bands! (Note: Sepulchral Curse’s drummer, Tommi Ilmanen (T.K.I), and Solothus’s second guitarist (V.T.K.) are also in Yawning Void.)

Now, if you’re familiar with (and enjoy) Solothus and Sepulchral Curse, you’re going to have a real easy time loving the hell out of Yawning Void, because it is a near perfect amalgamation. Yawning Void is more on the Doom side of the fence, however, which is certainly not a slight. Especially for fans of bands like Asphyx or Temple of Void. To a lesser degree, perhaps, Void Rot or Uncoffined, though Yawning Void has much more nuance than your typical Death/Doom band.

T.K.I., for example, doubles as the band’s keyboard player, which he uses to astonishing effect throughout “Streams Within”. It is, I think, mainly because of this that moments of a clear Paradise Lost influence can be heard. The guitar work of A.N.L. and V.T.K. can’t be understated either, as they both play with equal parts grace and ferociousness. I.O.K’s bass playing is not to be ignored either, which is only in danger of happening through a crappy stereo. The dude is solid as hell 100% of the time.

So, to sum up: Finland, Death/Doom Metal, and a blender full of Amorphis, Hooded Menace, and Paradise Lost. As a bonus, fans of Solothus and Sepulchral Curse have even more splendor to behold by including Yawning Void on their ever evolving soundtrack to awesome. Highly recommended! (VUK)