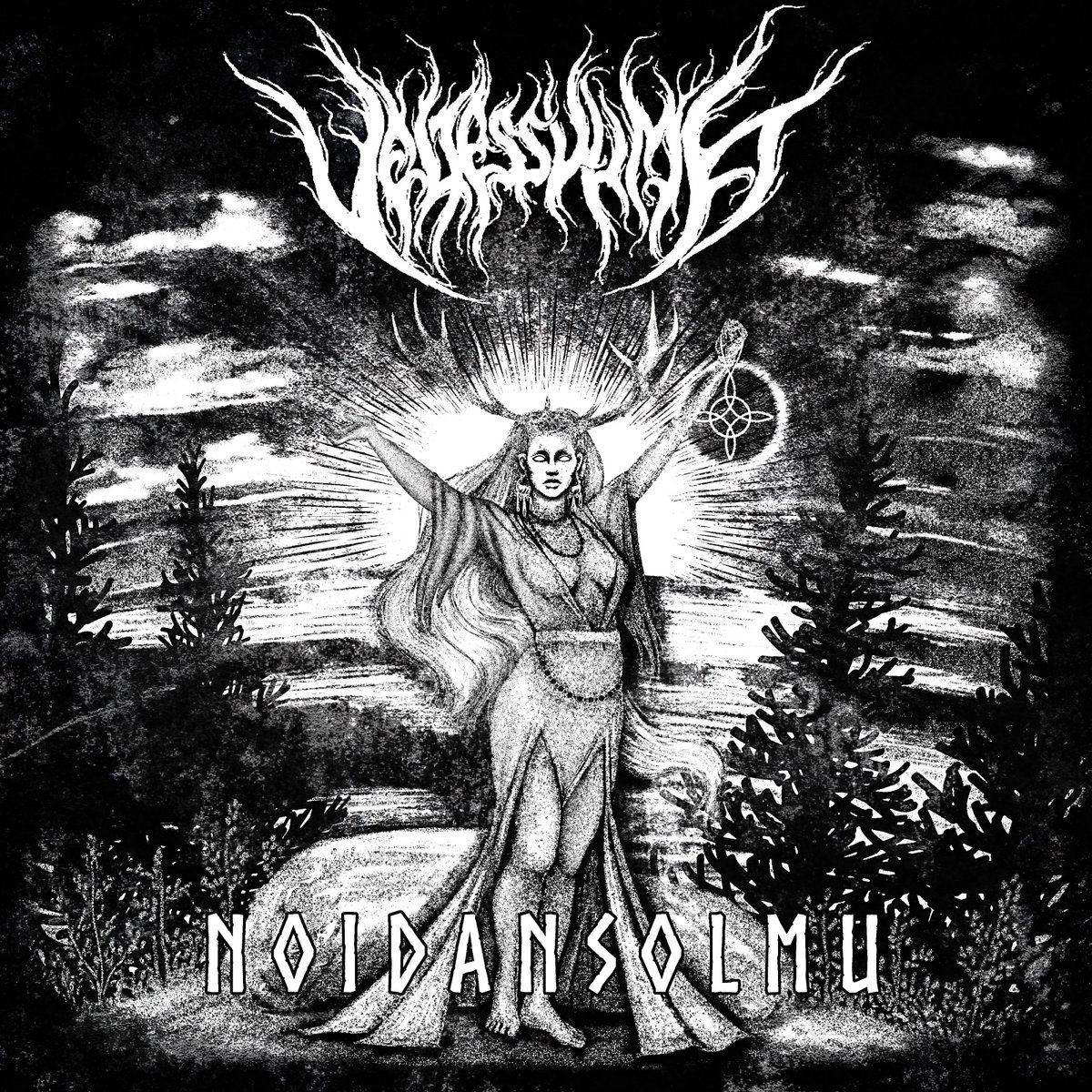 Veljessurma hails from the Finnish capital of Helsinki, and their first EP follows the 2020-released demo ‘Ritual of Cain’. On ‘Noidansolmu’ Veljessurma blends a raw Black Metal rhythm guitar sound and melodies buried a bit further in the mix with an epic and balanced keyboard contribution into something that could easily be called Pagan Black Metal. The vocals that come with that are predominantly icy Black Metal shrieks, although some slightly unsteady clean vocals and Gregorian choirs further add to the folky atmosphere. The EP is laden with Heavy Metal influences, both in these cleaner vocals but even more so in the style of riffs and melodies, but the result has all the raw features that makes this undeniably Black Metal. And the triumphator that binds this all together is the mix, which has this raw and chilling tone to the guitars blended with a not too present keyboard sound. While the leading melodic solos and keyboards mostly stay in a supporting role, the occasional more prominent appearance for them in for instance ‘Kuolonhurmos’ make them all the more effective. Together this leads to an almost dreamy atmosphere where it’s easy to imagine tales filled with woods and snow just based on listening to the music.

‘Noidansolmu’ is an appetizing EP, a release that isn’t perfect but has all the right intentions. Compared to the much more crude demo the band has made significant steps, leading to an EP that features four tracks of well-done Folk-inspired Black Metal. I for one am interested to hear how this would work on a full-length album.