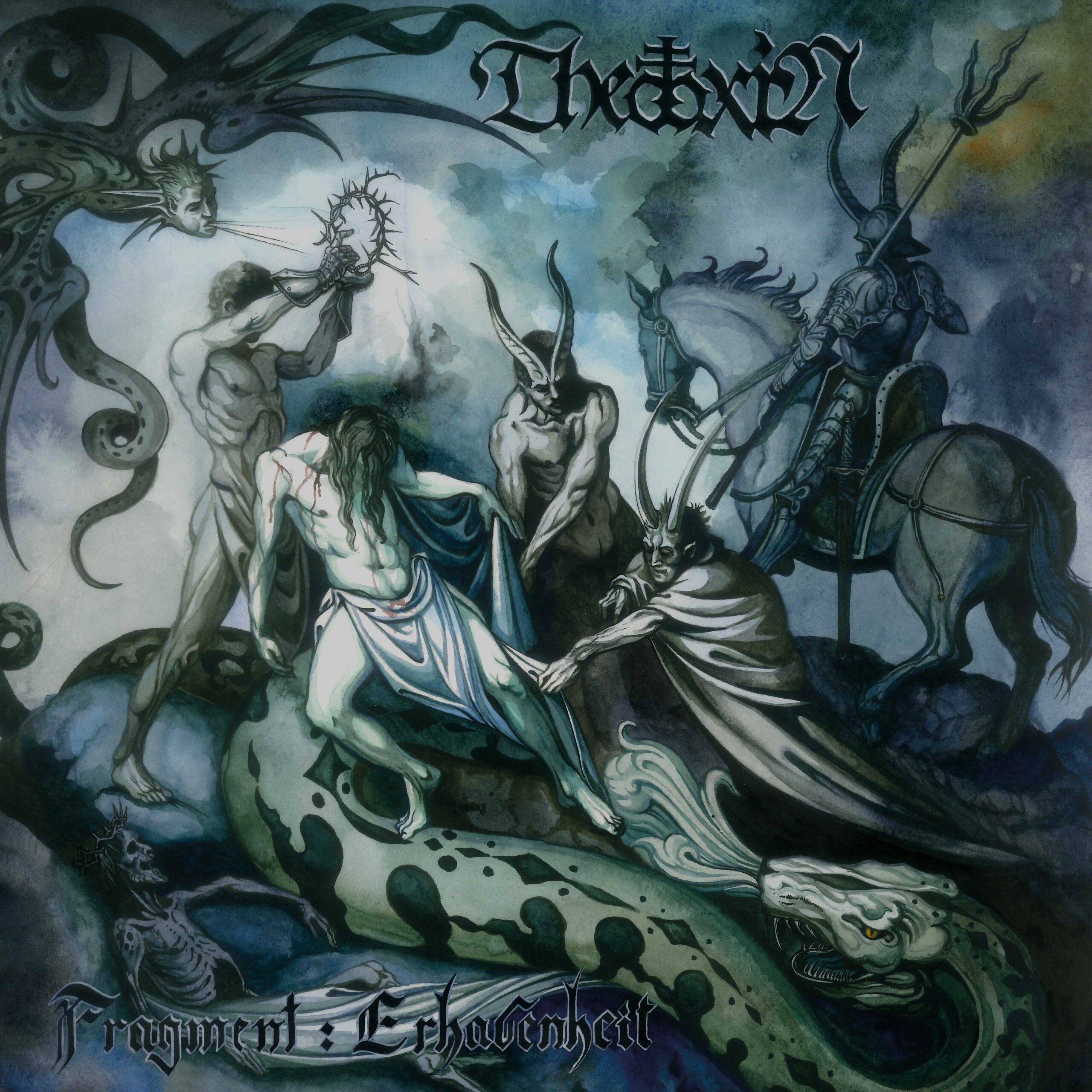 Austria’s Theotoxin have upheld a steady pace of releasing albums since its formation in 2016. The sound varied a bit from one album to the other, however. On the 2017 debut album ‘Atramentvm’ the music of the band leaned mostly towards Black Metal, but there was certainly a strong infusion of Death Metal. The subsequent record was released in 2018, and ‘Consilivm’ was much closer to a Death Metal album. This is not in the first place because of the blasting drums, but certainly also since the vocals were much more grunts than Black Metal screams. Since that release the band has replaced the vocalist, and 2020 saw the release of the first album with the new vocalist Ragnar in the lineup entitled ‘Fragment : Erhabenheit’.

The sound on ‘Consilivm’ felt like a bit of a strange fit with the music and the band must have thought the same, as they have returned fully to Black Metal on ‘Fragment : Erhabenheit’. Ragnar has a great scream that reminds me of Henke Forss of Dawn, but he often varies to chants and growls with equal conviction while staying purely within the Black Metal soundscape. The production of the album and sound of the drums is also much more fitting with Black Metal. Although there are still some remnants of the Death Metal elements from the previous album here and there, the music on ‘Fragment : Erhabenheit’ is mostly fast and melodic Black Metal with an occasional emphasis on some atmospheric passages. Often guided by the impressive drum work courtesy of Flo Musil, the music of Theotoxin reminds me most of the Swedish scene, with songs like ‘Prayer’ and ‘Philosopher’ sounding quite a bit like Dark Funeral. On a spun-out track like ‘Through Hundreds of Years’ or in the mostly midpaced track ‘Two Ancient Spirits’ the band shows they master the aspect of creating a dark atmosphere as well and thereby add some welcome variation to the album.

That mix of melody and aggression together with sparse slower elements of atmosphere is something the band executes very well. Although by no means original or groundbreaking, ‘Fragment : Erhabenheit’ is a well-crafted piece of Black Metal. Theotoxin certainly made the right call replacing their vocalist and going down this road, as this is clearly the best record they’ve done so far. (VincentP)