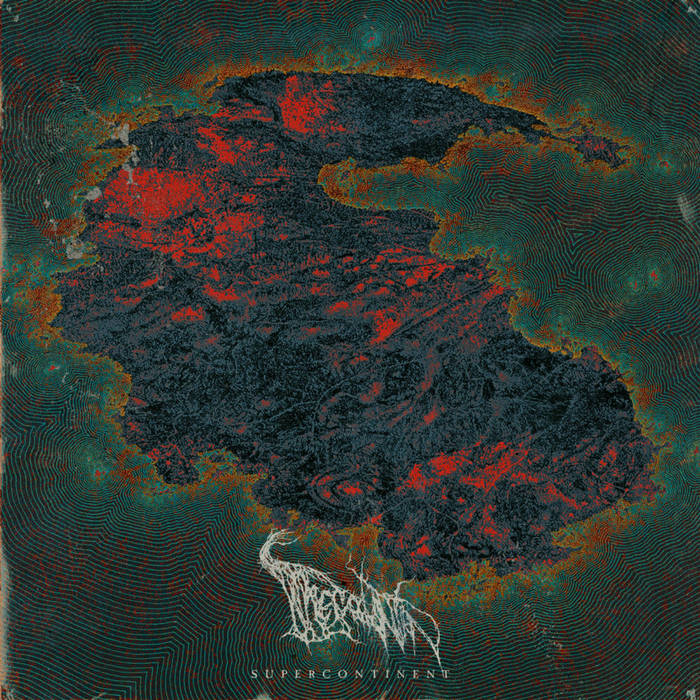 Prehistoric Death Metal? Dinosaurs and the likes? Can it be more Death Metal than that? Yes, If you regard the fact that there is no guitar, only Death! (well…2 bass, I mean).

Thecodontion are from Rome, Italy and a quite unique bunch of metalheads. The bass-driven Black/Death is heavy as Mamenchisaurus sinocanadorum, aggressive like a Velociraptor mongoliensis and brutal like a Tyrannosaurus Rex.

The band started their prehistoric journey in 2016, releasing the demo “Thecodontia” in 2018 and the EP “Jurassic” in 2019, gaining some well-deserved attention amongst connoisseurs. “Supercontinent” marks their first full length which I was eagerly awaiting and they kept what they promised!

Instrumental tracks (Panthalassa to name one) as well as Deinonychus overlayed tracks (vocals from hell, I mean dinosaurs), combining ancient Black/Death grinding mania, like Archgoat, Conqueror or old Mystifier with slow, doom laden soundscapes like Neurosis, Leviathan (speaking about “A Silhouette in Splinters”) or Mithras, the latter especially in the lead sections.

The arrangements are superb, the vocals frantic, the drums cavernous, sometimes tribalistic sometimes fast grinding blasting earthquakes that lead through the evolution of ancient Earth and the continents, a concept you will able to read in the lyrics.

The more atonal moments are reminiscent of bands like Mitochondrion or Antediluvian and capture that atmosphere pretty well. Guests like Skadvaldur from Igor Mortis, or V.P, J.G.P and R.C. (all in SVNTH) helped to create a killer and outstanding output.

“Supercontinent” was recorded in Italy at Snake Studio in Rome by Guglielmo Nodari and mixed/mastered at Necromorbus Studios in Stockholm by Marco Salluzzo (Demonomancy, Flamekeeper). The sound is more refined compared to the previous offerings, with more dynamics without loosing the attack and heaviness of the first offerings. The very refreshing and well fitting artwork showing the Supercontinent was done by Stefan Thanneur (Chaos Echoes).

Thecodontion just released a very unique record and spectacular debut, making a record with an unusual instrumentation that sounds fresh, disturbing and fascinating at the same time, keeping the violent predatory spirit of the demo and EP (“Kenorland”) and evolve the sounds into more atmospheric paths (“Tethys” or “Pangaea” being probably my favourite moments of those, but hard to choose), combining the elements as well, just like in “Pangaea” or “Ur” .

Flawless outstanding and very own interpretation of Black/Death Metal and highly contender for album of the year! No Guitars, Only Death! (DPF)