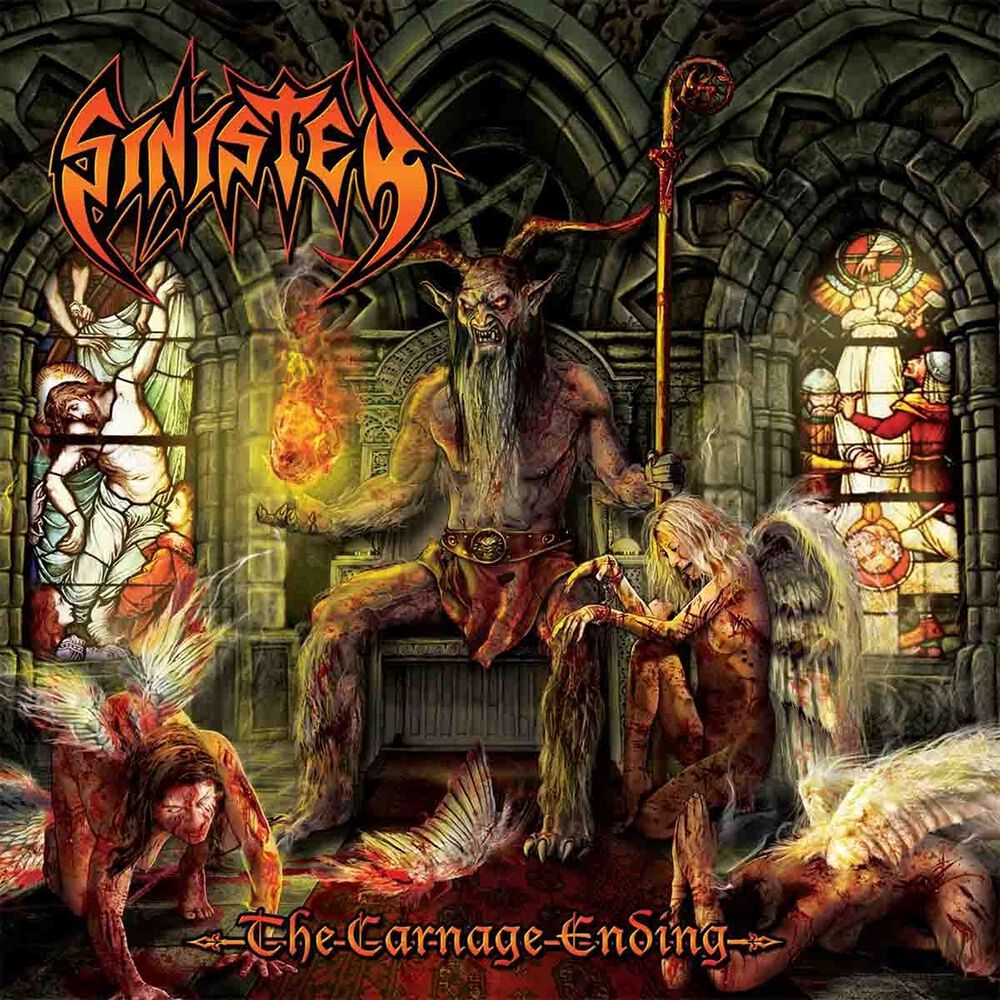 We Dutchmen are quite a strange bunch to be honest. Where other people support their bands or local scene full hearted, the most of us are sceptical towards our own bands. They always have to give 110% to convince their own audience. Sinister is a good example of this. One of the first bands who received quite some notice across the sea and I even remember that I saw an American movie with Asphyx and Sinister stickers on the interior of a van. Intentional or not, Sinister was visible! But here in The Netherlands, big name or not…you have to convince us every time again and history doesn’t count. As said…a strange bunch indeed. The glory days of “Cross the Styx” and “Diabolical Summoning” are gone but last original member left, Aad Kloosterwaard, keeps the Sinister fire burning and created the 6th album of the new millennium. I think “Afterburner” (not the production) and “The Silent Howling” are decent albums, but I wasn’t quite fond of their last effort “Legacy of Ashes”. Although it was more back to the old Sinister sound, it didn’t grab me as a whole. So, having some Dutch blood running through my veins, I was a bit sceptical towards “The Carnage Ending”. Having the whole current Absurd Universe clan in Sinister and all the connections with Aad’s other bands like Infinited Hate / Weapons to Hunt and Supreme Pain, it’s quite obvious these guys don’t have to introduce themselves during the first rehearsal to create “The Carnage Ending”. The musical content of this album isn’t surprising, Death metal with sometimes some midtempo passages in the American vein. You will hear some Morbid Angel midtempo riffs and some late 1990’s Malevolent Creation faster ones along with the Death metal you were already familiar with of Sinister. The vocal lines by Aad remembers me of Scott Reigel on the first two albums of Brutality. No compromises, plain Death metal! The bonus edition contains a second disc with covers of Celtic Frost, Whiplash, Massacre, Possessed and Bloodfeast. “The Carnage Ending” doesn’t bring back the glory days, still this is without a doubt a solid Death Metal album of which we Dutchmen can say “…let us just enjoy this…”.