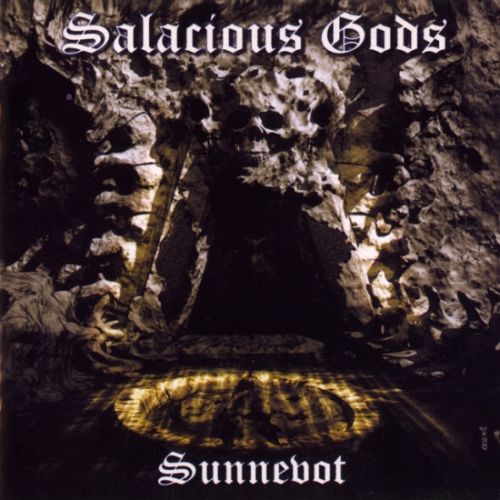 The Dutch scene has been very well-known over the last years due to it’s continuously growing Death-Metal scene but that Holland also provides the rest off the world with some excellent Black-Metal bands is kind off new. The Dutch Black Metal scene is pretty small and apart from some exceptions it is pretty lame in my view. Fortunatly Salacious Gods have proven to be 1 of the few Dutch black-metal bands that can live up to the expactations of good and decend black metal. Sunnevot is Salacious Gods second attack after last years debut album “Askensgris”, and the band sure made a lot of progression.

“Askensgris” was an OK black-metal album but bored me after 3 or 4 songs. On “Sunnevot” the band present 10 excellent atmospheric black-metal tracks which are filled with bombastic keyboards, great screams, pounding drums, heavy guitar riffs and an overal great and most of all dark atmosphere. Salacious Gods is everything but new and original but it is sure effective as hell itself, fans of Dimmu Borgir, Emperor, Cradle of Filth and other bands in the same veign should definetly check this out. Sad but true but if Salacious Gods would hail from Norway they would have been huge by now…. fuck ignorance and support Salacious Gods. Best track on the album is for sure “Testify my Vanity” which features an excellent guest performance by Marco of The wounded, his clean vocals combined with the screams of mr. Staekelhorn is absolutely fantastic….. (KasperR)